On August 18, 2022, in Vitebsk, a criminal case was launched against two women who tried to save their son and nephew from the military service. Now the son, the mother and the aunt are arrested and in jail. They are facing up to 7 years of imprisonment.

In Vitebsk, a young man did not react to the draft notices of the enlistment office, and the latter sent a district police officer to fetch him. The incident happened in a private sector, in an obviously poor house, which can be understood from the video recording made by the badge camera of the district policeman and published in the unofficial Telegram channel, justifying the actions of the police. 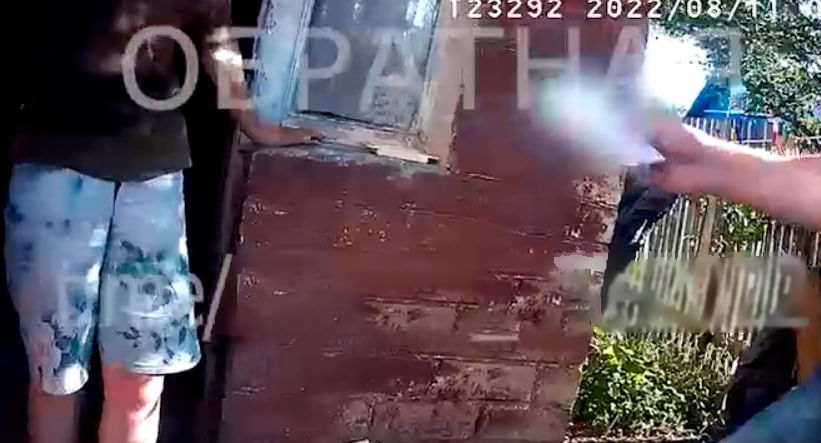 Two women, the mother and the aunt of the young conscript, unhappy with the attempt to take their son and nephew to the army which might be sent to the war in Ukraine, started a scandal, pushing the police officer several times in the process. He took it as an assault. A police report was drawn.

A criminal case has been launched against the women, they are facing up to 7 years of imprisonment under the Article 364 (Violence or threat of violence against an operative of bodies of internal affairs).

The police have detained all three of them: the son, the mother and the aunt.