in bringing policepersons to responsibility for an illegal search

In Belarus, it is very rare for police officers to admit that a search they conducted was illegal, although every week there are reports in the media about [unjustified] searches of civil activists, journalists or dissenting citizens.

So, we are especially pleased to inform you about another victory of Our House‘s human rights defenders as we succeeded in making the authorities recognize the illegality of a search and punish the police officers who participated in it.

The background. Natalya Yakimova from Gomel came to Our House in the summer of 2017 claiming that her son was killed for illegal organ transplantation. The story of the woman looked too fantastic and unbelievable even to those who were well aware of how repressive the Belarusian authorities can be. But we felt sorry for the woman. It was clear she was on the verge of mental health because of her grief and much exhausted emotionally. We promised to Natalia to look into this issue under one condition: if, after a thorough investigation, it turns out that her son died of natural causes, then she will accept it. She agreed. Later, during the investigation, Our House‘s human rights defenders had to admit that Natalya was right saying that her son did not die of natural causes. Indeed, he died due to a surgery aimed at illegal transplanting his bone marrow in a public hospital. But we will tell about this staggering case in more detail in our upcoming monitorings.

The authorities grew very stressed when Our House‘s human rights defenders started to look into the case of Natalia Yakimova As a result, on December 11, 2017, the police broke into the woman’s apartment, conducted a search, seized a computer and tried to seize all the documents the woman had on the circumstances of the death of her son. The search alarmed Our House: if Natalia’s son really died of natural causes in a hospital, then why the police search?

At last, we have won!

On April 22, 2019, in its letter to Natalia Yakimova, numbered 2/Я-264эл, the Internal Affairs Department of the Gomel Regional Executive Committee acknowledged the search was illegal, and notified that “response measures provided by law” had been applied to the police officers who conducted the search. Thus, the police officers were punished for conducting the search. It also turned out that Litvinchuk, the captain who carried out the search, no longer served in this department.

Did it make sense to spend a year and a half to gain the recognition of the illegality of the search by the police? Yes, it did.

1. The impunity of police officers gives rise to arbitrariness and repeated violations of the law.

We are sure that the police will no longer bother Natalia with illegal searches, nor will they bother those who collaborate with Our House in Gomel. They will stop doing so for one reason: the police will not want to deal with the complaints of Our House and have a lawsuit with us for the next year and a half.

Congratulations to all of us and human rights defenders of Our House on a justly-deserved victory! 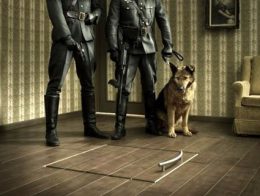