The background of the case. Natalya Yakimova from Gomel came to Our House in the summer of 2017 claiming that her son was killed for illegal organ transplantation. The story of the woman looked too fantastic and unbelievable even to those who were well aware of how repressive the Belarusian authorities can be. But we felt sorry for the woman. It was clear she was on the verge of mental health because of her grief and much exhausted emotionally. We promised to Natalia to look into this issue under one condition: if, after a thorough investigation, it turns out that her son died of natural causes, then she will accept it. She agreed. Later, during the investigation, Our House‘s human rights defenders had to admit that Natalya was right saying that her son did not die of natural causes. Indeed, he died due to a surgery aimed at illegal transplanting his bone marrow in a public hospital. But we will tell about this staggering case in more detail in our upcoming monitorings.

When Our House started to investigate into the death of Yevgeny Yakimov in the Gomel Regional Clinical Hospital, what struck Our House’s activists most was the scale of fabrications on Yevgeny’s medical records.

Why do we talk about the fabrications on the medical records?

In the case file on the death of Yevgeny Yakimov there were a lot of inconsistencies; in some instances, documents contradicted each other. This means that the documents were rewritten ex post facto in order to fit them to a “needed” testimony, therefore they are false. In authentic documents such contradictions never occur.

Doctors argued that they could not use Yevgeny Yakimov as an organ donor, because he… allegedly suffered from HIV, hepatitis C and alcoholism. At that point, however, there appeared a discrepancy in the documents.

The human rights activists of Our House prepared a lawsuit, and in the autumn of 2018 Natalia Yakimova filed a civil lawsuit on the protection of honour and dignity against Victoria Volchkova, a hospital employee, neurologist, who, in testifying to the Investigation Committee after the death of Yevgeny Yakimov, lied about Yevgeny’s disease, besides, she slandered him saying that before hospitalization he had been “drinking hard” for three weeks (she allegedly learned about it from his mother).

Natalia underlined that there was no such conversation between her and the doctor in the emergency room of the hospital. Her words were confirmed by a nurse, who was also present in the waiting room when Yevgeny Yakimov was brought there. At the trial, a certain Pokidko, an employee of the hospital, appeared, who was not present in the emergency room at the moment of Yevgeny’s arrival. Pokidko lied in court.

The court refused to satisfy the claim of Natalia Yakimova, arguing that there were no people who could prove that the lies of doctor Volchkova caused the woman any harm…

The court decision did not satisfy us, and we helped Natalia Yakimova lodge a complaint to the Department of Internal Affairs of the Central District of Gomel against Volchkova and Pokidko because of defamation. Two months later, the case was dismissed at the preparatory stage. We then appealed to the Court of the Central District. The complaint was returned to the woman without consideration on the merits.

OK, we filed a complaint to the Supreme Court.

On April, 25, 2019, the Supreme Court found Natalia’s complaint well-grounded and ordered the chairperson of the Gomel Regional Court to undertake “response measures” on the fact of violation – committed by the Court of the Central District – of the procedure for considering a complaint against a decision of the Internal Affairs Department. The complaint itself is also due to be considered on the merits.

Why is this victory of Our House important?

1. For 25 years, numerous instances of electoral rigging have had very unfortunate consequences for Belarus: fabrications of protocols by public servants led to a dramatic decline in morality: falsification of official documents of any kind became a norm. And how can you prove your innocence or get the truth if documents are constantly copied and rewritten by state bodies, government employees and police officers lie in courts, and higher authorities cover these lies? It is necessary to stop this vicious practice, but it will not stop of itself.

Who then should stop it? The civil society should do it by means of lawsuits and, generally, by increasing human rights activities at the local level. This is the only way that brings about results.

2. In Belarus, there are practically no instruments to control the work of state bodies. As a rule, the higher authorities cover the lower instances, and it is difficult to get the truth. So, when the Supreme Court finds complaints of human rights defenders justified and obliges lower instances to abide by the law, this is a positive precedent for the protection of the right to justice. This is a big step towards the reform of the Belarusian justice in general, the reform from the bottom at that.

3. This is also a support for female human rights defenders at a local level. When Our House together with the partner organization Adliga launched a programme of supporting female human rights defenders, we often met the women who were exhausted by their struggle for human rights and had the status of urban mad-persons. When Natalia Yakimova came to us, she had an unhealthy gleam in her eyes and she looked like a very emotionally exhausted and unstable person. Now the situation has changed a lot; she not only feels supported, but she herself is ready to support other women. Natalia Yakimova now proposes to create a self-support group for women who have lost children because of faults of state bodies (including cases of extrajudicial executions in the army and the death penalty). And we think that such groups make a great sense in the long-term perspective. 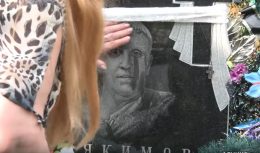