Alexander Lukashenko has been in power for twenty-three years. And during this whole time, I have heard different people say that, at some point, there will a ‘successor’, to whom Alexander Lukashenko will voluntarily and happily transfer power. These days, similar conversations take place more and more often, which is not surprising – people are tired of Alexander Lukashenko and want an ‘easy’ solution to the change of power, when it happens naturally and they don’t have to do anything.

Well, I have bad news for you. Alexander Lukashenko will not have a successor.

Here are the photos, which are good example of two opposite concepts of political leadership. In each of the countries the leader of the other one, which has a different leadership concept, makes people smile and leaves them wondering: how can one vote for him? But in their own countries, each of them is highly and almost indisputably respected. 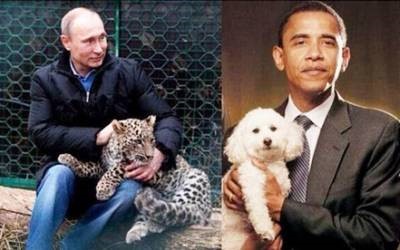 Why in the case of Belarus, the concept of political leadership is even more important than in other countries? We see personified political power, which is strictly associated with a specific person in Belarus. This is why the question of who exactly is going to replace Alexander Lukashenko is much more important for the voters than what political or economic programme that politician has.

So, at the start of his presidency in 1994, Alexander Lukashenko clearly formulated his concept of political leadership – “young wolves”. It was not declared in public but his whole team is basically a “pack of young wolves”.

What does this concept of political leadership mean for Belarus?

For them the whole world is divided into:

This is why all the attempts of starting a dialogue or negotiations have been useless and brought no results.

That said, the ‘wolf’ does not really care what happens tomorrow to the land where he lives and hunts today. And he does not care about what had happened there before he took control. This is a special mind set of a ‘wolf’.

So, what strategies do exist today to replace Aleksandr Lukashenko in the public domain and what do they mean for ordinary people?

As far as I am aware, the strategies of the EU and the US consider only the first and the second Belarusian strategies. This is why it makes no sense to group them separately.

There are a number of theoretical strategies but since they are not used in Belarus yet, we will not touch upon those either.

As we can see, this concept does not have an option for Alexander Lukashenko personally to transfer power and leave the presidency. I understand that for him the best would be a strategy where there is a successor, because this way he would stay alive and free, and would keep some of the material benefits, but, sadly, wolves live by different sets of rules.

When the old wolf becomes weak and cannot prove his leadership, the pack turns away and goes to look for a new leader. The old leader and his opinion do not matter to anyone. It is impossible to make an agreement with the wolves, even if those used to be part of your own team. The only option is to run away (if the wolf is fast enough, but the team would be watching this closely) or heroically “die” in the “fight” with a new leader (not necessarily physically, this could also mean that the old leader would end up in prison or psychiatric hospital).

Today I can see that Alexander Lukashenko seeks to re-formulate the concept of political leadership in order to get out of this political deadlock. I do not believe that an old, and this means a weak leader (and today Lukashenko is already an old and a weak leader) is able to successfully “push forward” for a new concept (for this one needs energy and resources, which Lukashenko does not have today), but the attempts to do so is worth admiration.

However, it will be clear whose horse reaches the finishing line first in the next three to five years. In any case, Belarus will be going through interesting times in the near future. 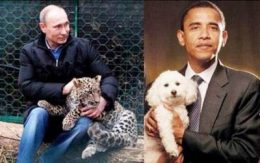