The National Commission on Children’s Rights is not an autonomous body, but is a part of the state machinery. It does not play a role of coordination and monitoring children’s rights on the national and local level.

In Belarus children can be separated from their parents by state officials in cases envisioned by the paragraph 1 of the Presidential Decree no 18 from November 24, 2006, modified version from February 23, 2012 (On Additional Measures of State Protection of Children in socially disadvantaged families). Such cases mainly cover the families where parents (or a single parent) lead an “immoral life” with adverse impact on the child; families where parents are substance abusers, or all the other cases where the parents are not properly fulfilling their parental responsibilities and this endangers the children. The law however does not provide any definition of “all the other cases of not properly fulfilling parental responsibilities”. This leads to abuse and violation of the child’s right of not to be separated from the parents. One of the many reasons given to justify a child’s removal from the family is “frequent requests for social assistance” (that is a situation when a parent is addressing the local council with complaints and requests way too often).  This reason is openly stated in paragraph 6 of the  Program for Educating Children and Protecting their Rights and Legal Interests … approved by the Ministry of Education on May 5, 2011.

As a result any request for state assistance can be perceived as a justification for the administrative removal of a child from the family. Some other reasons for the removal of the child listed in the Program are “being out of employment or frequent change of workplace” for one of the parents; “unpaid utilities bills”. The enforcement of these legal norms substantially increases the risk that we are going to have many more children deprived of parental care.

The vagueness and broadness of the definition also creates space for power abuse and harassment of politically active mothers for their social, political or journalistic work with the goal of silencing them or preventing them from seeking justice.

The public guardianship services do not want to give the mothers (the parents) any copies of the documents (even during a court process and for the court inquiry) which served as a basis of a decision to remove the child from the family thus creating additional barriers for accessing justice and appealing the decision.

Apart from that, we have come across several cases when the public guardianship services would fabricate the results of the inspection of child’s housing facilities and use these falsified evidence as a justification for removal of the child. Even though the forgery was later discovered in court, none of the employees of the public guardianship service was held accountable.

(In no case shall a child be separated from parents on the basis of a disability of either the child or one or both of the parents. UN Convention on the rights of persons with disabilities, article 23)

The Republic of Belarus discriminates and denies parental rights to people whose illness is included into the list of diseases disqualifying a person from fulfilling parental rights (approved by the Ruling no 36 of the Ministry of Health, March 30, 2010), as well as persons with disabilities whose rehabilitation plan has an open prohibition on being employed. The aforementioned list of disease includes diabetes, cancer, and high blood pressure among others.

The state does not provide proper assistance to persons with disabilities in raising children. One’s illness or disability becomes an obstacle for enjoying parental rights and is a justification for considering a child “deprived of parental care”.

In such cases the public guardianship services remove the child automatically without considering whether the persons with disabilities or certain illnesses are able to raise their children.

The legal framework for the educational system of Belarus is provided by the Code of the Republic of Belarus on Education (from January 13, 2011, no 243-3).  According to the Code the state must ensure the accessibility of all levels of primary education and vocational training to all, including people with special developmental needs based on their health status and cognitive abilities; the state must create special educational conditions for these people and provide them with correctional pedagogical assistance.

However this is undermined by several discriminatory legal norms:

1) There exists a separate set of norms that regulates the organization and the operation of the specialized boarding schools for children with disabilities. Needless to say that such schools represent a form of segregation and are discriminatory;

2) Whether or not the children with disabilities will be able to get educated is contingent upon the results of medical screening. There still exists a practice whereby such children are labeled “uneducable” and are deprived of the right to education;

3) Сhildren with I and II category of disability who receive the same score at the university entrance exams as other applicants in order to use their rights of priority have to provide a medical certificate proving that a medical and social commission of experts found no contraindication to their studying at a specific department or school.

Article 47 of the Constitution of the Republic of Belarus safeguards the right of all citizens to survivor’s pension. The Pension Law, however, does not envision a mechanism for securing survivor’s pension to children of unknown parents (i.e. to “door-bell babies”). In other words, if a child’s mother has abandoned the child and left him/her in a trash can, and the state failed to identify the parents, the child is not entitled to any welfare benefits apart from a place in an orphanage until the age of 18.

The Criminal Code of the Republic of Belarus has a list of punishments that can be used in case of underage criminals. Since the list is short, it means that there is little to choose from and this, to an extent, violates the principle of differentiation and individualization of punishment.

As a result, Belarus ranks second in Europe after Albania according to the number of underage convicts (https://news.tut.by/society/502530.html).

It is common for Belarusian state bodies to engage underage children (below the age of 14) and minors in agricultural works during an academic year. This work is something schoolchildren have to do instead of going to school and having lessons. This practice is regulated by the so-called prescriptive and instructive letters.

For no apparent reason, this type of labour relations is not regulated by the Labour Code of the Republic of Belarus.

As a result the age limits for getting involved into labor relations are not respected, health and safety regulations are violated, and none of the benefits safeguarded by the Labour Code are there.

On top of everything else, this type of labour should be considered slave labour, as it is mandatory and unpaid.

Why do not the state or state sponsored organizations deal with the issue?

That is why to eliminate the systemic issue outlined above Our House needs comprehensive (informational, political and financial) support.

Practical Recommendations for Law-Makers (what Our House wants to change):

Clearly define what is meant by all the other cases of not properly fulfilling parental responsibilities.

Envision penalties for state officials for unjustified separation of the child from the family (biological or adoptive).

Stop harassment of socially and politically active women and their children. 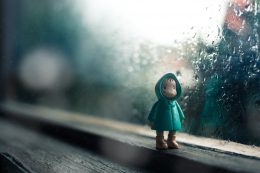