The format of this report is an unusual one. This report not only presents an on-going case of the Mironov family in depth, and demonstrates the grave violation of their rights, but also calls for international solidarity with a family in distress. The distress was a consequence of their bravery in standing up to the state institutions and to call out the states corruption, incompetence, and the unlawfulness of its actions. 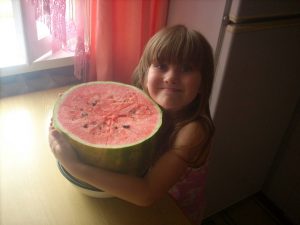 The Mironov family lives in Minsk and includes parents, Tatiana and Eduard, who are entrepreneurs, and two children: a son who is a student, and a daughter, who is at primary school. Over last 15 months the family experienced serious pressure from the state bodies including: rude and humiliating treatment by public officials; fabricated accusation of public disorder; detention based on false accusations, withdrawal of information, provision of incorrect information; forged documents against the family, provocations from the side of civil servants; unfair trial; forceful fingerprinting – to name a few.

Bad as the above sounds, the worst by far was when on the 31 August 2017 their 8 year-old daughter, Elvira[1], was taken away from her parents by the guardianship department and placed in a children’s home where she is being kept for 3 months at the time of this writing. Even more terrible was the way it was carried out: without warning eight people stormed into their apartment and tried to grab Elvira and snatch her away. With minimal explanation, the parents were ordered to get the scared and crying child ready for removal. Tatiana, her mother negotiated to be allowed to calm down the girl child and accompany her to the orphanage. When Elvira was carried by her mother to the car Tatiana was pushed away and kept in the doorway to prevent her from going with her daughter. Parents also were given misleading information about Elvira’s further whereabouts. It took them hours of waiting and running from one place to another before they were at last told where the girl was.

The official version of why Elvira was extracted from her family is that her mother is overprotecting and over-loving and thus abuses her parental rights; more specifically the family was accused of impeding the girl’s attendance of school. Elvira indeed spent most of her first school year home-schooling. This was, on one hand, an official decision of the school she attended. On the other hand it was also a result of 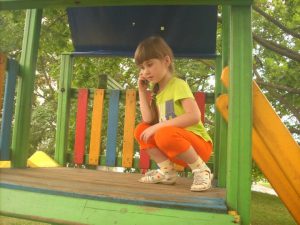 When it became apparent that Elvira’s education was botched by the school administration and some civil servants at the department of education the system turned against the victims of the bureaucrats’ incompetence. Conveniently this also gave an opportunity to punish Tatiana and pacify her boundless commitment to legality. This is particularly apparent from the conversation of Tatiana with Ms. Zakharevskaya, vice-chairperson of the Juvenile committee of Frunzensky raion in Minsk. On the day Elvira was unceremoniously taken from her home, Ms. Zakharevskaya openly told to confused and frustrated mother that if she, Tatiana, will do as she is told, her daughter will be back home in 4 months, otherwise the girl will be returned only in six months. To provide some context: Six months is when the guardianship department either sends the paperwork to court to consider parental rights termination or concludes that the family changed and it is safe for a child to come back home. Then to add insult to injury, Ms. Zakharevskaya denied a permission to Elvira’s parents to see her on the child’s first day ever without her parents.

This was only the beginning of the, so to speak, road to Calvary for Elvira, Tatiana and the rest of the family. False accusations, provocations, inhumane treatment and impediment to the family reunion are pursuing the family for months already.

To be clear, the quality of Elvira’s homeschooling was demonstrated by her success in the tests that allowed her to be transferred to the second grade, just days after the shock of the family separation. There are documents proving Elvira’s parents effort to enroll her into a primary school and documentary/ audio and video evidence of illegal actions against the family from the side of the public officials. Please see the appendix for a fuller account of the Mironov family case.

After examining the documents and supervising / attending meetings and correspondence of the Mironov family the team of experts of “Our House” and “Adliga” came to the conclusion that the family is being persecuted for their adherence to legality, the rule of law and human rights. We believe that the case of taking Elvira from the family is politically motivated and has a character of revenge on and pacification of a very vocal and active woman who also happened to be a mother. That is why we support the cause of bringing Elvira back home by providing help and assistance to the family, and sharing our knowledge and expertise.

Unfortunately there was an escalation of the provocations by the civil servants that causes us great concern. In this view we are reaching out to the international community with this call for solidarity. International solidarity is a powerful tool for raising the spirit of people experiencing repressions, calling to account the responsible individuals and to pressure public officials into restitution of the violated rights. If you would like to help Elvira and her family you could:

The report is prepared by: Evgenia Ivanova

Eight year-old Elvira Mironova was taken from her parents on the last day of August of 2017. The story that resulted in Elvira’s removal from the family started a year prior to her withdrawal; it ignited a fight for her return home rich in drama, frustration and determination to stand up to the injustice and oppression, as well as power abuse and jobbery on the part of some state officials. This appendix will outline some of the key events of that struggle and its context based on Tatiana’s, Elvira’s mother, testimonial supported by documents, audio and video recordings made by the parents. 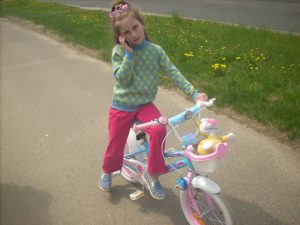 Everything started with Elvira’s parents, Tatiana and Eduard, preparation for her first year in school in the summer of 2016. To explain how and why the, now fifteen months old, struggle has started one should start with its prehistory. The school that Elvira was meant to attend was very well known to the family because their oldest son graduated from it several years before. This previous experience was not all sunshine and roses for them. During their son’s school years the family argued against the school’s unfair and unjustified extortion of money from schoolchildren parents. Not only had they refused to pay this extra money illegally demanded by the school, but also filed official complaints regarding this practice. Their complaints were considered valid and justified; as a result the school’s management was specifically told to stop this practice as illegal. Tatiana also did not shy away from filing a complaint about an improper (sexual) behavior of one of the male teachers towards her. Once again, her complaint was found later well-grounded and the school apologised, although while the investigation took place her son was ostracized and the family had some really unpleasant moments with the school. To conclude, when Tatiana Mironova applied for a primary school place at the Minsk school #212 the school’s management and some teachers were rather unhappy about it as she already had a label of a ‘troublemaker’.

Knowing this context is important to understand why the conflict between Elvira’s mother and the director of the school escalated so far and so fast. Here is a brief account of what happened:

Recently, the Mironov family found out that the management of the school is being changed and the former director had been dismissed, allegedly on the school mismanagement ground.

In the second half of November the family sent out their admission applications to four different schools. They also send an official request to the department of education and ask for help with this matter. All fours schools reject the application. In the next six months Elvira’s parents sent out papers to the public officials, making calls to various state bodies, calling hotlines and schooling Elvira at home. In the middle of April, at last, the Mironov family is notified that Elvira may be admitted to school #217.

My name is Elvira and I am 8 years old. A wicked witch and her highwayman took me to the orphanage. I had a very good life with my Mom, Dad, brother and the rabbit. It is bad in the orphanage, everything here disgusts me. Mom and Dad are fighting the wicked witch to take me back home. I want to live at home with my family. Help me, my mom, and my dad to come back home into my friendly and good family.

[1] The name of the girl child is disclosed with the permission of the family and due to a number of publications in media on that case in support of Tatiana Mironova, her daughter Elvira and with the purpose of restitution of their rights. 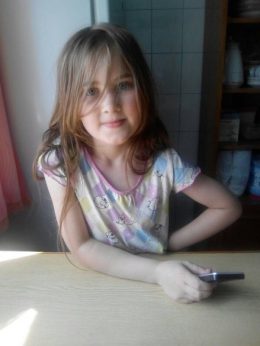