Mr. Vladislav Sergeevich Sharkovsky – 17 years of age as of the time of detention, Minsk city)

Brief description of the case:

Vladislav graduated from Minsk State Regional Olympic Reserve Secondary School, and, being a juvenile, could not find an official job for a long period of time. Registration in employment service did not bring any positive result as well. Therefore, he accepted the offer on the Internet to cooperate with “ECLIPSE-TNC” on-line shop and to become a courier for non-contacting delivery of aromatic mixtures and smoking blends.

He asked the subscriber who posted the job offer to explain the job role and received a message with advice to register in “VIPOLE” application in order to receive the requested information. After registration, he received a message about the job peculiarities.

He did not know about the existence of an organised group. The juvenile was provided the information that this web resource performs activities for distribution of aromatic mixtures and smoking blends that are not prohibited on the territory of the Republic of Belarus.

He was offered several employment options, one of which involved submission of passport details, filling out questionnaires and online interviews. He was warned about amenability in case he wished to escape with the goods supplied for further distribution.

The juvenile did not have true information that the product offered for distribution was an addictive substance, he was convinced that the substance was legal.

His girlfriend Valeria Kupchenya, began to assist him.

Within the period from March 1, 2018, until the moment of detention, they processed several parcels of the packaged goods (known as ‘zakladka’ in Russian lit. ‘bookmark’) supplied to them.

The arrest occurred on March 16th, 2018 at 7:20 p.m., when they were returning home. During the arrest, the law enforcement officials used force and applied handcuffs (recorded in detention report). Legal representatives (parents) were notified 5 hours after the detention, at about 2:00 am. The juvenile was taken into custody.

Expert judgement: in our opinion, part 4 of article 328 of CC of the Republic of Belarus has been applied to Vladislav Sharkovsky wrongfully and has an evident punitive nature.

– he was subjected to physical force and torture during the detention without legal basis;

– the strictest preventive measure (being taken into custody) was applied unreasonably;

– a legal representative was not notified of the detention of the juvenile immediately;

– the lawyer was provided from the moment of the first questioning;

– investigation did not result in detection of an organizer or other associates. The conclusion on stability or organized nature of the group is not based on evidences;

– during the sentencing, the mitigating factors were not taken into consideration.

Violations of the rights of the juvenile Vladislav Sharkovsky in the criminal proceeding:

Vladislav Sharkovsky was detained on March 16, 2018 on the basis of a direct suspicion of committing the offence: illicit trafficking of narcotic drugs, psychotropic substances or their precursors and analogues at 7:20 p.m., and was taken into custody on the same day.

At the moment of application of preventive measure in the form of taking the juvenile into custody , the only basis was the severity of the offense of which he was suspected.

The possibility of putting the juvenile under supervision according to the procedure provided for in article 123 of CCP of the Republic of Belarus was not discussed.

Investigation records contain contradictory characteristics of the juvenile V. Sharkovsky. The characteristics of the juvenile’s personality from the places of his education stipulate his responsibility and discipline. Therefore, in our opinion, the investigation had no reasons to suppose that, should the taking into custody not take place, the juvenile V. Sharkovsky would interfere with the investigation or court proceedings, or would try to abscond during the investigation or court proceedings, or would interfere with ascertainment of the truth in any other way. The above-specified does not correspond to application of increased legal protection of juveniles.

In accordance with rule 13 of the United Nations Standard Minimum Rules for the Administration of Juvenile Justice (the Beijing Rules) pre-trial imprisonment should be applied only as a measure of last resort.

During the detention, physical force was applied: forearm holding and handcuffing.

There were no reasons for the use of physical force. There was a possibility to perform detention of V. Sharkovsky in a non-violent way.

The legal representative of the juvenile was not immediately notified of the detention. Notification was made no earlier than five (5) hours after the actual detention: clause 3, article 432 of CCP of the Republic of Belarus

On March 17, 2018, the mother was authorized as a legal representative.

In accordance with Beijing Rule 10, when a juvenile is detained, her or his parents or guardian are immediately notified of such detention, and if such an immediate notification is impossible, the parents or the guardian are notified later as soon as possible.

3.2 The principle of increased legal protection of juveniles has not been implemented in the criminal proceeding. The investigation did not entirely clarify additional information on personality, living conditions and upbringing of V. Sharkovsky. When sentencing, the reasons for commission of a crime by the juvenile were not taken into consideration.

Immediately after the detention, the juvenile Vladislav Sharkovsky attempted to actively contribute to the detection of the crime. He voluntarily admitted to have a suspicious substance prior to his detention by operative officers, and gave them the password to his phone.

During the investigation, there were discovered a number of reasons that contributed to the commission of the offence by the juvenile Vladislav Sharkovsky. However, they were not taken into consideration as mitigating factors when imposing punishment.

– both parents (mother and father) had no job at the time of the offence committed by the juvenile;

– the family was in a difficult financial condition;

– physiological changes and hormone fluctuations after giving up physical activities in professional sport were not taken into consideration;

– teenage problems were not considered either.

3.2 The investigation failed to prove the existence of stable and controlled organized crime group, and could not establish the names and identities of any other assosiates.

When considering the case in court, Vladislav Sharkovsky was sentenced to 10 years of imprisonment with no confiscation of property.

All the case files and court verdict stipulate that Vladislav Sharkovsky is a member of an organized group controlled by an unidentified person.

During criminal investigation and imposition of punishment, the personal awareness of the juvenile Vladislav Sharkovsky as a member of an organized group, that commits crimes as a part of it, was not established.

3.3 The investigation did not attempt to establish the guilt of those adults who involved the juvenile Vladislav Sharkovsky in illegal activities by means of deceit, and the court did not take into consideration the influence of these unidentified adults on Vladislav Sharkovsky as mitigating factors for a juvenile.

According to article 63 of CC of the Republic of Belarus, the court may recognize mitigating factors, that were not specified in the article. However, when considering the criminal case by the court, the influence of adults on the juvenile Vladislav Sharkovsky, when involving him in criminal activities, was not considered a mitigating factor. The other mitigating circumstances like honest confession and commission of a crime due to the affect of difficult family circumstances.

In accordance with Beijing Rule 17, decisions on limitation of personal liberty of a juvenile should be made only after thorough consideration of the case, and the limitation should be minimized as far as possible.

In order that the fact of involving a juvenile in a criminal activity be taken into account while imposing a criminal punishment on the juvenile, it is necessary that art. 63 of the Criminal Code of the Republic of Belarus contain as a mitigating circumstance the situation when a juvenile has been involved in criminal activity by an adult, or to exclude it in the absence of awareness about the organizer and other members of the organized group when qualifying illicit traffic in narcotic drugs, psychotropic substances or their precursors and analogues, committed by juveniles, when they are involved in criminal activities by adults. This will increase the preventive function of criminal law, as the degree of criminal repression will be shifted to the most dangerous persons in illicit traffic in narcotic drugs or psychotropic substances (organizers of crimes).

Additionally, in order to implement a restorative approach, that allows to mitigate the punishment of juveniles in such situations, it is necessary to introduce a rule, that allows application of the rules for sentencing of juveniles stipulated by article 69 of CC of the Republic of Belarus in the presence of any factors recognized by the court as mitigating. 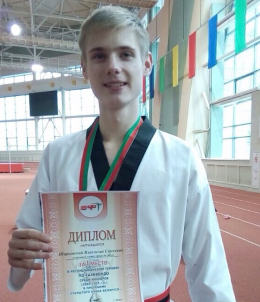