On the days of the celebration of Freedom Day (the 101st anniversary of the proclamation of the Belarusian People’s Republic), at least three women were illegally detained in Minsk. Two of them are women human rights defenders.

They spent 2 to 3 days in the Okrestinа detention centre without any trial.

• On March 23, an 18-year-old student, Aleksandra, was detained near the Interior Ministry building.

• On the eve of Freedom Day, March 24, a festive concert, authorized by the authorities, was held in the Kiev Square in Minsk. On this day, the human rights activist and civil activist Natalia Goryachko was detained at the checkpoint. The next day, famous Belarusian musicians, opposition leaders and activists were detained in the centre of Minsk.

• Alena Talstaya, a co-chair of the Razam solidarity movement, was detained and sent to custody, as she protested against the illegal detentions.

The chronicle of events:

On March 23, 2019, on Saturday evening, Aleksandra, a female student of a Minsk university, walked with her father and a boyfriend along Gorodskoy Val Street. According to TUT.by report based on Aleksandra’s father‘s testimony, she and her boyfriend were both in a joking mood, pushed each other, and at some point the girl jokingly lifted up her foot as if with the intent to kick the sculpture of a tsarist policeman located near the Ministry of Internal Affairs. People came out of the Ministry building and riot police arrived. The girl, her boyfriend and father were taken inside. There they were shown a video record from surveillance cameras. It was evident from the video that Aleksandra had not touched the sculpture. However, she was taken to the Moscow District (of Minsk) police station, and from there to the Okrestina temporary detention centre. 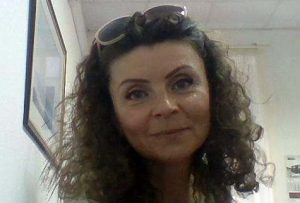 On March 24, 2019, at the checkpoint to the area of a festive event on Freedom Day (the event was authorized), the human rights activist Natalia Goryachko demanded that the police officers conduct a conversation with her in Belarusian language. They refused. The woman then called a police patrol for drawing up a report on language discrimination. At the same time she was live streaming the event. Before the patrol arrived, some people in civilian clothes detained Natalia. She was taken to the Central Department of Internal Affairs, and then to Okrestina detention centre.

On March 25, 2019, two days after the arrest, Aleksandra was taken to court. She was charged under art. 17.1 of the Administrative Code of the Republic of Belarus (petty hooliganism). The accusation was based on the police report saying that the girl, “in a public place, in front of passers-by, made a swing to the sculpture composition ʻMinsk policemanʼ, thereby performing intentional actions that violate public order”. The court ruled to take the case of the student for further investigation. 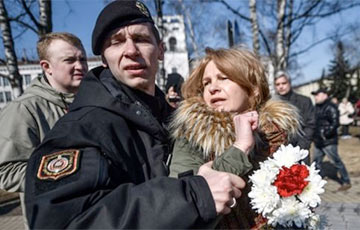 On March 25, 2019, when opposition politicians and well-known musicians who planned the festive “musical jam” were detained in the centre of Minsk, activist Alyena Talstaya chained herself to a flower pot on October Square. All the detainees (15 people) were taken to the Central Department of Internal Affairs, from where only Tolstaya was taken to the Okrestina temporary detention centre, where she went on a hunger strike.

On March 27, 2019, three days after the arrest, Natalya Goryachko was taken to the Central District Court. She was accused under article 17.1 of the Administrative Code (petty hooliganism). According to the police report, the human rights activist “deliberately, out of hooligan motives, offensively harassed citizens, persistently imposed her presence and conversation on them, shouted loudly, behaved arrogantly and defiantly.” The court ruled to take the case for further investigation.

On March 28, 2019, three days after the arrest, Alyena Tolstaya was brought to the court of the Central District. The activist was tried under article 23.34 of the Administrative Code. The court imposed a penalty of 40 basic units (425 euros) on her.

Conclusions of experts and human rights defenders of Our House

3. Alyena Tolstaya was detained for chaining herself to a flower pot.

4. Natalya Goryachko and Alyena Tolstaya were detained on Sunday and Monday. It was possible to bring them to court on the next day, but they were kept in prison for three days. This was despite that the women had identification documents with them.

5. During the detention, the rights of women were repeatedly violated. Alyena Tolstaya was not allowed a lawyer before the court hearing (violation of article 62 of the Constitution of the Republic of Belarus).

6. Physical violence was applied to Natalya Goryachko: haematomas remained on her body. In addition, during the administrative process, her personal property was damaged: her jacket, bag and mobile phone. All the data were deleted from the mobile phone.

7. Natalya Goryachko told about poor conditions of detention. She was held without water, food and essential hygiene items. We consider it as torture and a brazen violation of art. 25 of the Constitution of the Republic of Belarus.

8. In the protest against the illegal detention, Alyena Tolstaya and Natalya Goryachko went on hunger strike in the detention centre.

9. After three days in prison, Alyena Tolstaya was imposed a penalty in the form of a fine. In fact, she was punished twice.

10. The trial of Natalia Goryachko did not take place, but, in fact, she was also punished with detention for two days.

11. In all three cases, we can speak of the persecution of women for civil activity. Despite the fact that the incident with the sculpture of a policeman was not a political act, it is obvious that after a scandalous story with a teenager who was forced to apologize to the sculpture, and its wide coverage in the media, any person approaching the scupture “inappropriately” is perceived as a civil activist.

12. In all three cases detentions were illegal:

Placing people in pretrial detention centres for maximum permissible term are becoming a common measure of pressurizing socially active people. This suggests that law enforcement agencies use all the possible means to suppress social activity, in violation of the rights guaranteed to every citizen by the Constitution of the Republic of Belarus and the provisions of the UN Convention against Torture and Other Cruel, Inhuman or Degrading Treatment or Punishment ratified by Belarus. 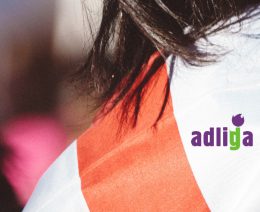