This is a series of reports that present the results of work to monitor the women’s rights situation in Belarus. In the monitoring process, we seek to gather data regarding women’s rights in the country in order to address violations of their rights and to advocate for change. The monitoring team collects facts, documents instances of human rights violations, analyses the situation, and writes reports to inform interested parties about developments in the area of women’s/human rights.

Gathered information and supporting documents will form a database of violations of women’s rights.  Part  of  the  data,  mostly  documents,  will  be  shared  on  chinovniki.info  –  a  platform documenting the work of civil and public servants in Belarus.

These monthly reports will contain the results of the fact-finding (brief descriptions of  some selected cases investigated by the team), as well as preliminary results and observation regarding  the contexts and causes of the violations. Monthly reports will become a part of yearly thematic reports that will provide more information on the cases and a deeper analysis of the situation.

When it comes to fundamental human rights and political participation, Belarus is a high risk country. Being critical of the political and bureaucratic organisation of the country, expressing political views other than pro-state ones, being a non-state journalist or a human rights activist (or any activist for this matter) are simply dangerous here. Detention, torture, threats, and brutality towards politicians, journalists, and human rights activists in Belarus are very well documented by human rights agencies. Everybody suffers from the lack of freedom in Belarus,[1] but female activists suffer twice as much: both as activists and as women.

Our overarching aim is to create a state that respects individuals and their human rights and a just society free from arbitrary and unfair restrictions of rights and opportunities. Our strategy, however, is to achieve this goal by drawing attention to the issues of one half of the population: women.

It is observed that once women’s issues are raised, it is only a matter of time until “men’s issues” are addressed  and  re-considered.  Shortly after  this,  gender  becomes  less  relevant;  what  is left, however, is an idea of respect, equality, diversity, and human value. The hope is that intolerant, aggressive, and discriminatory behaviour will become simply unacceptable.

Thus, following our strategy, we are particularly interested in eliminating gender injustice and  social deprivation on the basis of sex in the public space. To achieve this, we 1) improve and strengthen the position of active women in all spheres of social and political life in Belarus and 2) help, support, and protect women in extreme situations caused by their social activity. By drawing attention to violations of the rights of women we hope to promote social solidarity in general and women’s solidarity in particular, accountability of the authorities and gender awareness among citizens.

These women’s rights monitoring work is based on the following principles and values:

There are a range of women’s rights this monitoring work is intended to cover, but two points should be stressed in this regard. Firstly, these reports do not deal with the issues of domestic violence – there are dedicated organisations in Belarus which are better qualified to address this topic. Secondly, we are particularly interested in, although not limited to, a phenomenon we refer to as police/state violence against female activists or, in other words, public violence against women.

Our definition of the ‘public’ violence is as follows: it is violence against politically and socially active women perpetrated by state representatives such as the police, state officials, civil servants or other individuals in power representing various state bodies. This violence varies from physical to psychological; the purpose of such acts is to manipulate, punish or discipline women who are vocal in protecting their rights or the rights of their children, or who are socially and politically active. In other words this violence is committed in order to prevent women from participating in public life  or expressing their views on the state of social and political affairs in their communities and their country.

We have observed four broad forms of the police/state violence against socially and politically active women. They are as follows:

Sources of the information

The sources of the data underlying monitoring reports will include media reports, personal accounts experience of members of the involved organisations; conversations and interviews; official documents (court documents, police reports, official responses of public servants, and other official records), human rights activists’ comments, and conclusions of research in the relevant areas.

The monitoring is conducted and reports are prepared by the International Centre for Civil Initiatives “Our House” in co-operation with the International Centre for Gender Initiatives “Adliga: Women for Full Citizenship”. This project has an open membership and any interested individual or organisation can join provided that they share the ideas, aspirations, values and principles of the project. 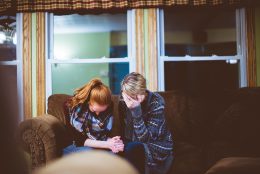