Past months we were dealing with a number of cases of illegal termination of (mostly) women’s parental rights or threats to do so. In some cases manipulation with parental rights by the state bodies had a character of punishment for women’s activism and their voicing of social issues including rights violation. In some other cases it seemed to be a means to force women to do something. Few cases made so little sense for the social services to be interested in that the only explanation for it seemed to be, as a human rights defender Pavel Levinov put it, to create visibility of success in the social services work, as well as to provide funding for the children’s houses since the state funds were scarce.[1]

This report will briefly outline several cases. Then some observations that were made during the data gathering and documenting the cases will be offered. The report will be closed with references to the sources of information used for this report and a short description of the topics covered in the forthcoming report.

Before we use of the category “women and children” should be avoided. It obscures the fact that different substantive human rights guarantees may apply to women and to children, and reinforces the historical tendency to make concern for women’s human rights derivative of their roles as mothers, rather than recognizing their status as independent rights holders.

Irina’s son, Mark, was bullied at school for a period of time. Bulling activity included: beatings, including attacks by stones, into a moving car, and targeting his hands because he was a musician, verbal insults,  taking his phone away, putting him aside from other children in the school canteen, lowering his grades. Mark was not the only child in the class who was bullied initially but Irina seemed to be the only parent who decided to call on school and police to be responsible for the situation and change it. This made them the only bullied family in the class. The director of the school tried to pressure Irina into moving her son to another school via setting against Kravet’s family Mark’s class-mates, teachers, and parents. Attempts were made to illegally put Mark on record of the Juvenile Justice Committee and to prepare a ground for termination of Irina’s parental rights.

Svetlana was a foster parent to two children. She also was very active in bringing up issues of the foster children and drawing attention to some gaps in the relevant legislation. Her foster son was taken away from her while she was in a hospital. Right after that she lost her job of (and the right to be in the future) a foster parent. They were not allowed to see each other; his foster-sister tried to take a boy into her family but was denied that right neither. This also was done with many violations of law, including misrepresentation of the documents, as well as with psychological pressure. The foster son is in the orphan-asylum for 10 month now. Svetlana was told in informal conversation with social services that it was because of her activity in the area of children’s rights.

Elena is a lawyer by training and a dedicated foster parent to many children. Just like in case of Svetlana Grechulina, she was active in trying to improve the legislation regulating the situation of foster children. The same as in the case with Svetlana scheme was tried upon her family: social services tried to terminate her foster parent contract and manipulate the data to prove her unsuitability for this job. Her two foster sons were taken away from her and placed into an orphan-asylum. Later she managed to return the children back. The reasons for her persecution were also articulated to her in an informal conversation and were a direct result for her activism.

Tatiana is a widower whose son, Zakhar, was taken away into an orphan’s home on the ground of her not having electricity at home. An electricity provider cut her off until she pays her debt. Despite the actual access to the electricity (die to the help of neighbors) the child was taken away. Tatiana had to leave the job because the social services were not satisfied with the stability of the job, find a lower paid one, pay for Zackar’s stay in the orphan’s home, and pay the debt. This had put her into a situation of sever poverty to the point that she had to walk on foot to the orphan’s home in order to see her son because she simply had no money to pay for the public transportation. At the same time the social services refused her in any help when she described her situation. Zachar was returned home after almost six months away from home; social services all over sudden changed their mind about the living conditions in Tatiana’s flat after media attention and some help from Our House.

Kristina is a guardian for her grandson after his father died and mother was stripped of her parental rights. When she was urgently taken to hospital for an emergency operation her 15-year-old grandson was left at home. It was arranged by Kristina that his aunt will take care for him; shortly after the surgery she also contacted the school/social services to inform them about this arrangements. Despite this when she was released home she found out that the boy was taken to orphan-asylum. Several days later she also found out that she was stripped of her rights of the guardian and the teenager was taken to a children’s home into another town. The boy receives an orphan benefit which is now used to cover his stay in the orphan-asylum. The case contains a number of manipulations and mishandling of the legal procedure.

For a 14 y.o. Anasstasia Antonenko the story had started after a food poisoning in her school canteen. After this incident her mother, Natalia, paid a visit to the canteen to see how the school catering was organised. During her visit she noticed several inconsistencies with the regulation on the public catering which she pointed out. That is how the conflict between the mother (and her family) and the school has begun. Shortly after this disagreement the social teacher threatened Anastasia publicly by placing her in the orphanage.  After the parents’ divorce Anastasia lived with her mother and maternal grandparents. In the coming several month they experienced night visits from police and representatives of the school to check the living conditions, rudeness, and bulling from the representatives of the school, social services and police. Until one day parents were informed that a decision was made to take their daughter away from the family. One of the reasons she was taken away from the family was that her mother was not officially employed. Explanations that her mother is a seasonal worker and she has a job on the contract bases felt on the deaf ears. Anastasia was taken to the children’s house right from the school before the parents could do anything. Both parents fulfilled every single requirement they were given by the Juvenile Committee, every single month they visited the committees meetings and sent complains to various state bodies, but Anastasia stayed in the children’s house for over seven months. After first six months the Juvenile Committee filed a court case against both parents (despite the original dissatisfaction with only mother’s parental performance). In the course of the court hearing both parents kept their parental rights and Anastasia was returned to her parents, although to her father not her mother – the system did not forgive a mother who dared to challenge the school.

All of these cases have the same legal basis, that is, the Belarus President Decree No.18 of 24 November 1996. This document enacts that a child can be taken from the family in cases when social workers find that the conditions of the child’s life are not satisfactory and/or child’s parents neglect their parental duties. At  the same time the law does not provide any specific, clear or exhaustive definition of what ‘the parental neglect’ or ‘unsatisfactory conditions’ mean. Moreover, no provisions are made neither for a dialogue between the parents and the social workers nor for a procedure of appeal. In practice this vagueness creates a fruitful environment for corruption, manipulation, illegality, and power abuse.

The political culture formed in the country aver last several years characterized by intolerance and bigotry towards the ‘non-loyal’ to the state individuals put in the context of the imperfect legislation creates a possibility for power abuse on the local level. Most of these cases are not happening because of a decision on a high or nation-wide level but because of a very local power struggles and ambitions.

Connected to the previous point of non-transparency and culture of non-democracy is interconnectedness of the various state bodies (such as schools, social services, police, prosecutors, judges, other civil and public servants) instead of creating the system of checks and balances they mobilize each other as administrative resource to handle the situation even if this involves prevarication.

Covering each other by various local power structures leads to multiple manipulations and violations, such as illegal inspection reports or denial in access to the information that can cause harm to individuals are such wide-spread practice in these cases.

Many of these cases have a political aspect. Families that had been considered good enough to bring up, adopt or foster children after their mothers (or sometime fathers) expressed disagreement or a concern with the way a state institution operated have been suddenly reported as neglecting, improperly performing their parental duties or providing poor conditions for their children. The criticized institutions and issues raised vary (from school bullying to inadequate state support for foster families) but the punishment and disciplining elements are alike in many cases.

Blackmailing and manipulation of parents

Political component is not present in all case, sometimes children are used as a way to manipulate the non- political parents as well, be it for a reason to make them pay their debts or to be a statistics on how good and active social services in Belarus work.

The rights of women violated in the mentioned cases include:

in the next report we shall continue to document the cases of illegal termination of women’s parental rights in their entanglement with other violations of human rights. We also hope to compare them with similar charges brought against fathers.

The report is prepared by: Evgenia Ivanova

[1] Parents are required to pay for the children’s stay in the orphanages and children’s houses. 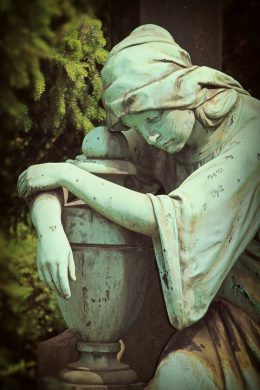