The Rights to Motherhood and Family of Women with Disabilities and Illnesses
Part 1: Policy and Legislation

This report is looking at the intersection of the rights to motherhood (parenthood) and disabilities in Belarus. More precisely, it focuses on what happens in Belarus when a mother (parent) is a person with disability or a certain illness. The report also analyses the logic behind the state decision-making on when children are put at risk of being denied a caring and protective environment due to the disability of their mothers (parents, care-givers) and therefore need to be taken away from the family for alternative care.

The results of our monitoring in this area demonstrate that, despite the ratification of the UN Convention on the Rights of Persons with Disabilities (CRPD) by Belarus, the simple fact that an individual has a condition or/and a disability is a ground for the state-led involuntary termination of parental rights. Often the decision to recognise a child raised by a mother (parents) with disabilities as a child without parental care is made by relevant state bodies without taking into account the material conditions of the child’s life, the support and assistance from other family members, the mother’s previous success in child-rearing or her motivation. The mere fact of having an illness or a disability, not provision of ‘inadequate’ care, is an insurmountable obstacle to motherhood (fatherhood) of an individual with disability in Belarus.

The report consists of two parts: the first part examines policy and legislation affecting the rights of mothers (parents) with disabilities; the second part tells several stories of women with disabilities/ conditions whose parental rights were restricted or violated on the ground of their illnesses.

Until recently Belarus was among the few European countries that did not sign the UN Convention on the Rights of Persons with Disabilities (CRPD). The Convention was finally signed in autumn 2015, ratified less than a year ago, on 18th of October 2016, and took effect on the 29th of December 2016.

The purpose of the CRPD, as it states, is ‘to promote, protect and ensure the full and equal enjoyment of all human rights and fundamental freedoms by all persons with disabilities, and to promote respect for their inherent dignity’.[1] After the President of Belarus, Alexander Lukashenko, signed the Convention, an opinion was articulated in the media that Belarus’s legislation is already in line with the main principles of the CRPD. Moreover, legislation in the area of the rights of the people with disabilities, it was claimed, provides the necessary legal basis to secure effective implementation of these rights in practice, and so do relevant policies in place.[2]

Despite such an advanced state of the rights of the individuals with disabilities in Belarus, a National Action Plan (NAP) for 2017-2025 aimed at implementation of the CRPD regulations was elaborated soon after the CRPD was ratified by Belarus. Adopted on June 13th, 2017, this NAP aspires to achieve, for example, respect of the freedom of people with disabilities to make own choices and independence, non-discrimination, full and effective engagement and inclusion of people with disabilities in society; equality of opportunity; gender equality.

We suggest examining how some of these principles are incorporated into policy documents and legislation of the Republic of Belarus.

According to the NAP 2017-2025, by the end of 2016 women constituted 54,8% of all the people with disabilities in Belarus who are registered with the relevant state bodies and receive disability benefits. Having sex-disaggregated data, although on a very basic level, is important when it comes to gender equality. Although the NAP reaffirms the ideals of protection of mothers and non-discrimination in the Belarusian legislation, any other mention of women (or men for this matter) is absent from the document.

This is rather a truncated way to address article 23 of the CRPD, which insists on elimination of discrimination against persons with disabilities in all matters relating to family, parenthood and relationships, and obliges the states parties to render appropriate assistance to persons with disabilities in the performance of their child-rearing responsibilities. Narrowness of the Belarus’s approach in this area is not the only, or the main, issue.

The Marriage and Family Code of Belarus defines children of the parent(s) with illnesses that prevent the latter from their care-giving duties as children without parental care, and puts such parent(s) on par with individuals whose parental rights were involuntary or voluntary terminated: missing or incarcerated parent(s), parents who leave their children deliberately without care or abandon their children (art 116). Conditions incompatible with parental functions are listed in the Regulation N36 issued by the Ministry of Health of the Republic of Belarus on the 30th of March 2010 (the List). This list includes such illnesses as Crohn’s disease; asthma (severe persistent); open form of TB; cancer (apart from situations when symptoms are ‘insignificant’); sight/eye problems of certain sort; blood conditions that involve immune mechanism; schizophrenia, mood disorders/ depressions, ‘mental deficiency’; cerebral palsy of certain degree; arterial hypertension, stenocardia, cardiac failure of a certain class; heart attack in the past; leprosy, etc. The list is concluded with a paragraph that establishes that any yet not-listed disease that leads to a loss of health enough for the patient to be officially recognised as a person with disability and to a consequent ‘prohibition’ to work, is included in the list (par. 16).

We would like to stress that the abovementioned List names conditions that allows social services to take the children from the family and place them into care. This is despite another Regulation: the Regulation N 47 of the Ministry of Education of Belarus, issued on the 28th of July 2004 with amendments on the 25th of July 2011, aimed at the detection of children in need of state protection. This regulation enacts that one of the criteria of a problematic social environment and living conditions of a child is lack of care caused by an illness, not the illness itself (par 1 of the Attachment to the Regulation).

Moreover, examination of the procedures for taking children away from a parent/ parents with disabilities or illnesses solely on the basis of their condition, and analysis of how the further communication between the parents and children is regulated, demonstrates that parents with disabilities are legally treated exactly the same as parents that lost their parental rights due to neglect of their care-giver duties, or for endangering children. This not only stigmatises the parents with disabilities/ illnesses and their children, it seriously restricts their rights, including the right to communication, which now can be allowed or denied in the written form by social services. And this, again, is only on the ground of parental disability/ condition.

Laws and Regulations of the Republic of Belarus, comments of lawyers and human rights activists. 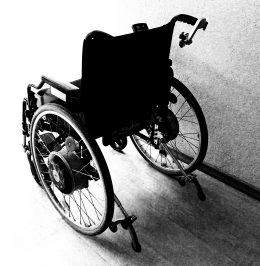