The term “invisible women’s labor” has already become a kind of meme for the women’s human rights movement, feminists, human rights defenders, peace builders, mediators, political activists etc. “Invisible” means that it is not seen, is perceived as a duty, as an obedience, as something that a woman must necessarily do because she is a “woman”, “this is a female fate”, “this is women’s happiness,” etc.

In Belarus, unfortunately, it is necessary to speak not only about “invisible women’s labor “, but also” invisible repression of the state against women “. “Invisible” does not mean small. On the contrary, most often, these are severe repressions that are blighting not only the woman as a person but also her family, depriving her of work, pushing her to suicides or violent actions. But society perceives such repression in the way of “the fool has herself to blame”, preferring to blame the victim, not the repressor. And that is right, she is guilty? Why did you write a critical article against Aleksandr Lukashenko or against anyone from his team? You should not have written that nothing would happen to you. Why did you fight against corruption in school or for improving the quality of school meals? Why did you go to the protest rally, protesting against Russian-Belarusian exercises or extrajudicial executions of soldiers in the Belarusian army?

It is known that over the period from the year 2017 till now, the number of women detentions reached 258 cases. Some women were detained several times.

Socially and politically active women are at risk number 1 by the number of repressions against them. Women were detained 214 times for participation in various protests within 10 months – from the protest against Decree No. 3, which introduced the unemployment tax, to protest actions against rising utility bills, Russian-Belarusian exercises, and hazing in the Belarusian army.

85 women were released after being detained; no reports or examination records were produced at this point.

The present fate of 163 more women for whom police reports were produced is unknown to us.

In order to prevent women from future participation in protests, and to punish them for their political or journalists activity, the following strategies were employed:

Chapter 2. The examples of persecution of active women through the removal of children or the threat of doing that.

Chapter 4. The removal of children from politically and socially active men or the threat of doing that in Belarus.

As we assumed, the worst is beginning to come true. Having running-in strategies on women in the regions, the authorities are starting to spread these strategies against men.

Chapter 5. What is the difference between repressions against women and repression against men in Belarus?

Chapter 6. The main challenges in human rights assistance to repressed women in Belarus:

This all may not be done, but then democratic changes will never occur in Belarus because there will be no one to do them. In the truest sense of the term.

Note: This monitoring and analysis of the level of observance and protection of the socially and politically women’s rights in the Republic of Belarus is made on the basis of applications from women (usually mothers of underage children) to OUR HOUSE ICCI (International Center for Civil Initiatives), also is made on the basis of “Vesna” (“Spring”) Human Rights Centre date basis of repressed people and also is drawn from the publications in the media that address the most pressing issues in this field. 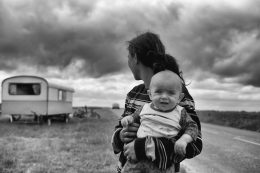