One of the worst instances of child abuse in Belarus is the physical abuse (beating) that is perpetrated by an official on duty: a state servant, police officer, or school principal. In such instances, it is very difficult to bring to justice the adult who has committed violence because, as a rule, his crime is usually covered by other state structures. Moreover, when trying to punish him, parents face additional violence, threats, and repression. An official who beat a child often starts hounding against the child, the victim of violence.

Unfortunately, situations when an official or a policeman beats a child are not rare in Belarus. This gives rise to impunity and proclivity to beat children in any situation, when, for example, a policeman or an official has a bad mood or is intoxicated. Rarely is it possible to punish the official or the policeman who beat a child.

The very fact of beating children by teachers or principals is typical for Belarus. What is not typical is this case is that parents did not put up with beating their children by a school’s principal, and, together with Our House’s human rights defenders, brought to justice the principal who had beaten the children.

The essence of the case. 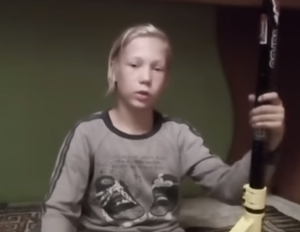 On September 11, 2018, in the city of Pinsk, schoolchildren Mikhail Tikhonchuk (11 years old), Denis Zhuk (15 years old), and Bogdan Shepelevich (13 years old) decided to shoot a video for their YouTube channel about how they ride a kick scooter. One of the children is a child with disabilities, has cancer (Mikhail Tikhonchuk). The children were filming the video on the porch of the school when a school cleaner saw this and complained to the principal Fyodor Radion, who at that time was drinking alcohol with teachers in his office room. On hearing from the cleaning lady that children were riding a kick scooter near the school, the principal rushed out, grabbed the two schoolchildren, slammed their heads against each other and started beating them. While beating, the principal yelled at the children using obscene expressions.

As a result, one child had a lump on his head, and another had a broken lip and loose teeth.

But it was not enough for the principal: he dragged the children by their heads into the corridor (the school foyer) and continued to humiliate them. For example, he forced them to kneel down, ask for forgiveness, chagrined and threatened them.

The principal sent the older schoolboy home because the child had covered all the foyer with his blood. But the official dragged the younger one along to his office, where he continued bullying the boy. In the meanwhile, Andrei Dvoranovich (16 years old), the brother of Mikhail Tikhonchuk (senior pupil), came running and tried to wrest the brother from the principal’s hands. The principal grabbed the two and dragged them into the staff room, where he continued to beat both of them. All the happening was filmed on the camera of a friend of Tikhonchuk (do you remember the YouTube channel?).

Around this moment the mother of the children came running: schoolchildren called her and told that the principal was beating her sons. The principal went on to beat the woman, too. He blocked the exit with his hand, forcibly holding the mother and the two children in the staff room. Apart from the principal, there were five teachers in the room. They were observing the process of beating the children and the woman but did not intervene.

In the middle of a stormy discussion, the mother managed to call an ambulance, as her son was dizzy and nauseous. She and the children managed to escape just in time the ambulance arrived, and they were all brought to the hospital. 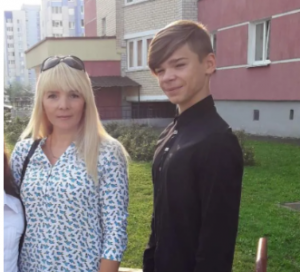 Two mothers, Ekaterina Tikhonchuk and Anastasia Zhuk, appealed to the police with a request to institute a criminal case against the school principal upon the fact of beating children. In an attempt to hush up the issue, various state bodies began to pressurize the mothers. The police dismissed the case and opened just an administrative procedure. Moreover, the police demonstrated an anonymous letter, in which it was reported that Denis Zhuk had allegedly raped someone. Now it was the abused child who was under the threat of criminal prosecution. The facts presented in the “anonymous letter”, of course, were not confirmed, but it served as a psychological pressure on the child and his mother.

On December 5, 2018, the first court hearing was held on the case of the principal of School No. 18 in Pinsk, under part 1 of article 9.1 of the Administrative Code of the Republic of Belarus (bringing about bodily injuries not resulting in a prolonged health disorder). Throughout the whole trial, the judge demonstrated a negative attitude towards the children: spoke to them rudely, confused them, did not give a voice to the mothers and lawyers. During the trial, the principal demanded that the children “make peace with him”. But we believe that this was not the matter of a quarrel but the matter of a crime: the official beat children.

On December 5, 2018, some documents disappeared from the case file right in court room: a job description and some other documents that were numbered sequentially. The judge failed to explain how evidence of the principal’s guilt might disappear from the judge’s office.

On December 5, 2018, the mothers and human rights defender went to the hospital and requested the copies of the children’s medical records. Physicians refused to give out the copies. The head of the Emergency Medical Service Dept frightened and tried to hide. He argued that “they would come to him.” He also attempted to wrest the documents from mother’s hands and did not allow to photograph medical records.

On December 5, 2018, mothers with a human rights activist went to the Pinsk Central Hospital and requested the copies of the record on the children’s arrival to the emergency room and their medical examination, in particular, the examination by a traumatologist.

On December 10, 2018, physicians falsified documents by writing down incorrect data. There were many mistakes in the document: for example, when physicians described the bruises on the same hand, they called it sometimes the “right” hand and sometimes the “left” one. 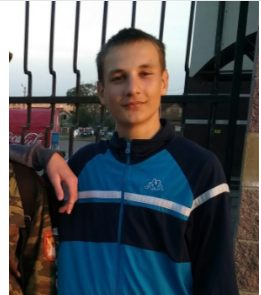 On December 11, 2018, the mothers and a human rights defender went to court to get acquainted with the case materials, but a court clerk tried to prevent them from doing so (which was against the law). On having made photocopies (not without a struggle), the mothers discovered that again very important documents proving the school principal’s guilt had disappeared from the case files.

On December 20, 2018, the mothers together with a human rights activist reported to the Prosecutor’s Office and the City Department of Internal Affairs (GOVD) on the disappearance of documents from the court case.

On December 22, 2018, an expert on the case also suddenly became “sick”. But the trial continued; the cleaning lady was interrogated.

On December 26, 2018, the third court session was held. The judge opened disc packs and watched the video on which the principal applied physical violence to the children.

On December 27, 2018, the last court session took place. The judge imposed on Fyodor Radion, the principal of School No 18, a penalty of 15 basic units, which is about 185 euros.

To compare: in March of the last year, for collecting signatures in support of training in a state language (in Belarusian) in Minsk, a female activist was fined 368 euros. 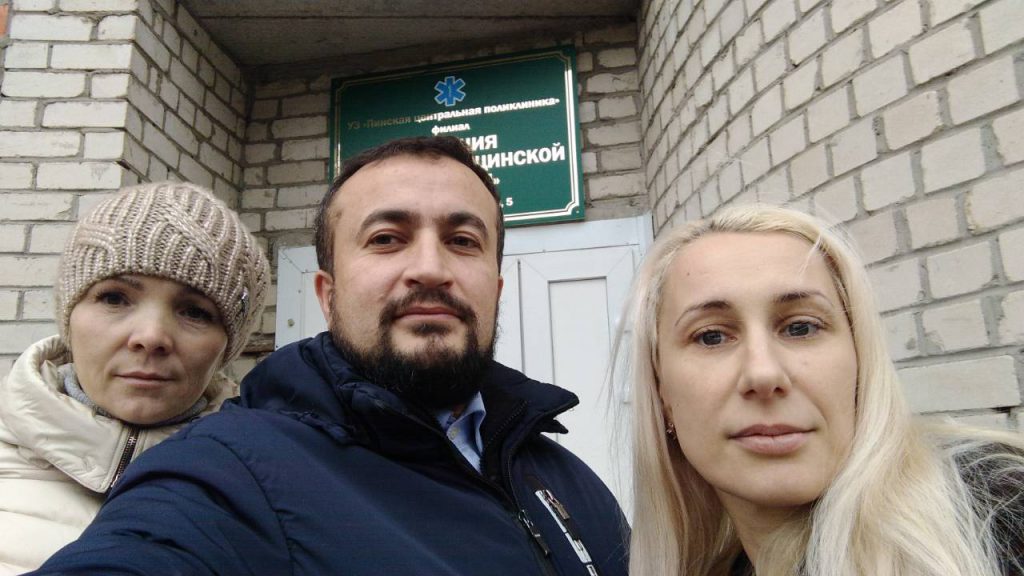 The school principal self-dismissed from his position during last court day.

At the moment, the mothers and a human rights defender are seeking to initiate a criminal case against the school principal for beating children.

We will keep you informed you about the results. 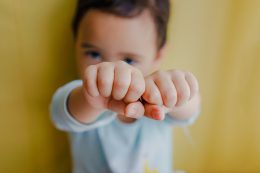