against a 10-year-old girl removed from her family under Decree No. 18

We would like to draw your attention to what happens to children in orphanages when the authorities separates them from their families under Decree No. 18. A ten-year-old girl, removed from her family, was sexually and physically abused by other children for about two months. The administration of the orphanage did not react to this.

Unfortunately, this is not the first time when the government fails to ensure the safety of a child who has been removed from the family, and the child is subject to physical violence and sexual abuse. In 2017, Our House reported about a girl who was taken out of the family “because of the mother’s immorality”. (We want to note that there is no definition of the term “immorality” in the legislation, so it can mean anything, including a mother‘s homosexuality.) In the orphanage, the girl’s face was disfigured so that a surgical operation was needed. But the operation, unfortunately, did not help, and the girl’s face will forever be scarred. When her face got disfigured in the orphanage, she was immediately brought back to her mother, though this was “impossible” before the event took place – within the same Decree No. 18. It turns out that both the removal of the child was illegal and her return was illegal, but the girl’s face will remain disfigured forever as a reminder of violations of her rights by state bodies.

In addition, we have evidence from another child who told that he had been the victim of sexual abuse by other children in the orphanage, but later he, together with other boys, raped an 8-year-old girl in the orphanage.

on February 12, 2019, at a press conference Viktor Korzun, the prosecutor of the Grodno Region, admitted that the state was unable to ensure the safety of the children removed from their families and cited a case that occurred in one of the orphanages in the Grodno Region. In 2016, by decision of a social service body, a ten-year-old girl was removed from her family and placed in an orphanage. The girl was to stay there as long as her parents “would not get on the straight and narrow” or until new parents would be found.

According to Korzun, it was not until 2017 that everything became known. It was impossible to punish assaulters as they were under the age of criminal responsibility.

At the same time, the prosecutor admitted that similar things might happen in other orphanages.

Unfortunately, Our House does not share the prosecutor’s optimism when he says “similar things might happen.” We are sure that this is exactly what does happen in other orphanages. And we have reasons to think so. 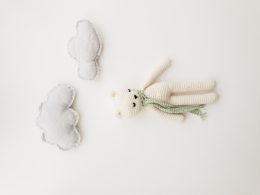