This monitoring is dedicated to state persecution and repressions against clergy and believers of various confessions which took place between August and November 2020. In this report, we show only cases related to repressions against people who suffered during prayer or in the church or calling to stop the violence with icons in the hands or in the clothes of clergy. It is clear that among more than 30,000 repressed there were many more believers.

For the period between August and November 2020 in Belarus:

– Three detained believers were subjected to beatings, torture and use of special equipment such as truncheons, tear gas, handcuffs

– One priest was convicted of a criminal offence

– Children were removed from the family of one believer

– One believer was convicted of a criminal offence

– Leading Catholic Pastor has been banned from entering Belarus

– Press secretary of the Belarusian Orthodox Church had to resign after he condemned the destruction of the Roman Bondarenko memorial by the security forces.

Below are some examples of repressions against clergy and believers of various confessions. 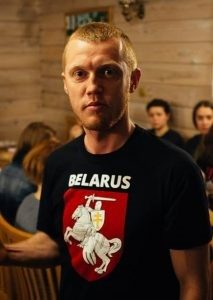 Believer of the Baptist Church Sergei Melianets who did not participate in protests was beaten by riot police in the center of Minsk while praying. During the beating, special means were used: a stun gun and a baton. Because of the electric shock, Sergei was hospitalized and diagnosed with a heart attack, tachycardia and clouding of consciousness.

Baptist Nikolai Melianets was detained, beaten, and electrocuted for praying on the street. He was later placed in a pre-trial detention center in Zhodino where he was illegally held for several hours and later released.

Baptist Aleksey Melianets was arrested on the street during prayer. While detained he was subjected to tortures and beatens. He was released several hours later. 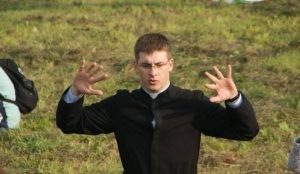 Catholic priest Alexander Fedotov was sentenced to 8 days of administrative detention under Art. 23.34 of the Administrative Code of the Republic of Belarus for a walk around the city on the 9th of August with friends and relatives. 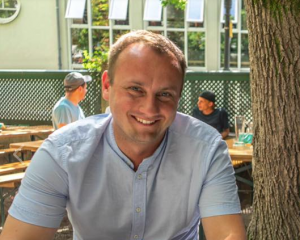 Catholic priest Eduard Sinkevich was sentenced to 10 days of arrest under Art. 23.34 of the Administrative Code for a walk around the city on the 9th of August. 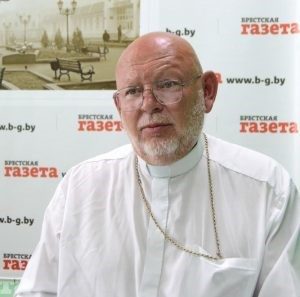 Greek Catholic priest Igor Kondratyev was invited to the prosecutor’s office after the speech on the 16th of August in Brest. He called on the mayor of the city, Alexander Rogachuk, to personally deal with the release of the detainees from the pre-trial detention center during the meeting with town administration and security officials. He received threats to remove his community from the list of registered religious groups.

Protestant Vladimir Mayorov was detained for trying to preach to riot police. He was prosecuted under Art. 23.34 of the Administrative Code of the Republic of Belarus (Violation of the order of holding mass events) and sentenced to 10 days of arrest. 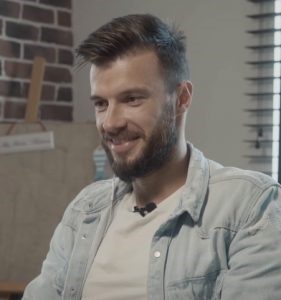 Blogger and Christian activist, Protestant Taras Telkovsky was detained while walking in Minsk. He was prosecuted under Art. 23.34 of the Administrative Code of the Republic of Belarus and fined 810 bel. rub. 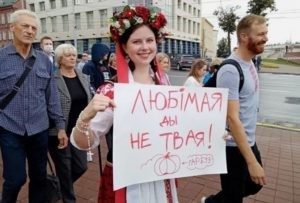 Catholic Marina Bulatovskaya was detained during the women’s “March of Solidarity”. She later faced administrative charges under Art. 23.34 of the Administrative Code of the Republic of Belarus. 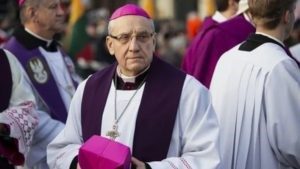 Tadeusz Kondrusiewicz who is a Belarusian prelate of the Catholic Church, Archbishop of Minsk and Mahilyow since 2007 was banned from entering Belarus without explanation. He was later informed that his passport of a Belarusian citizen had been declared invalid by the internal affairs authorities. Earlier, Kondrusevich publicly criticized government and called 2020 elections in Belarus ‘not fair’.

The Orthodox priest Vladimir Drobyshevsky was summoned for interrogation at the District Department of Internal Affairs. On the same day he faced two charges of the administrative offence under Art. 23.34 of the Administrative Code of the Republic of Belarus, was found guilty of both offences by the court and sentenced to a total of 25 days of arrest. 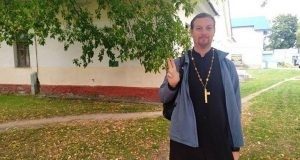 While in prison the priest was humiliated, forced to take off his underwear for a search, his cross was confiscated. There were also attempts to take the cassock away. He was receiving less food than was actually sent by his relatives.

During a protest action, Old Believers, spouses Natalia and Herman Snezhkov, as well as their two minor children were detained. On September 28, Herman was sentenced to 14 days of arrest under Article 23.34 of the Belarusian Code of Administrative Offences, and was prosecuted under Article 2, 363 of the Criminal Code (resistance to an internal affairs officer, which involves violence or the threat of it). In the night of September 30, police officers arrived at Snezhkov’s house with a search, seized a laptop and a phone. Natalia Snezhkov was sent to the institution for temporary detention, and the two children were taken to a shelter.

Police are also looking for Snezhkov’s adult children, who live separately from their parents. Snezhkovs managed to escape with their minor children, now they are abroad. 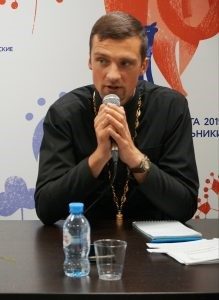 The court issued a warning under Article 23.34 of the Belarusian Code of Administrative Offences to the Orthodox priest Alexander Bogdan for laying flowers near the Volkovysk Military – Historical Museum of Bagration in memory of K. A. Shishmakov, his former director, who died under unclear circumstances. 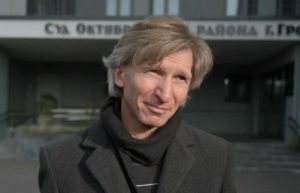 Alexander Tsilindz, a vascular surgeon at the LODE clinic in Belarus, was detained for praying in the street. He was brought to justice under Article 23.34 of the Belarusian Code of Administrative Offences, his trial was to take place on September 30, 2020. On that day plenty of people gathered in front of the court to show their support.

People who gathered for prayer near the temple of St. Kirill and Methodius on the outskirts of the city were selectively detained and taken to the police department by interior ministry officers.

In total, 13 people were detained and taken to the police department. They were interrogated without a protocol, demanded to hand over their mobile phones for review. The detainees were later released.

Orthodox priest Alexander Bogdan was brought to trial for the second time under Article 23.34 of the Belarusian Code of Administrative Offences, for participation in the concerted action, which took place on August 16, 2020 and received a warning.

At the time of the collection of investigative materials, the Interior Ministry tried to forge a report and denyed Bogdan the right to a lawyer. 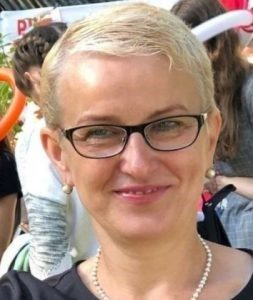 The Catholic Irena Bernatskaya was brought to administrative responsibility under Article 23.34 of the Belarusian Code of Administrative Offences and fined 810 Belarusian rubles for participation in prayer near the Catholic church in Lida.

The Prosecutor General’s Office announced official warnings about the inadmissibility of violation of the law to the chairman of the Synodal Information Department of the Belarusian Orthodox Church Sergei Lepin and the vicar bishop of the Minsk-Mogilev Archdiocese of the Catholic Church Yuri Kosobutsky.

They both criticized the dismantling of the spontaneous memorial to Roman Bondarenko. 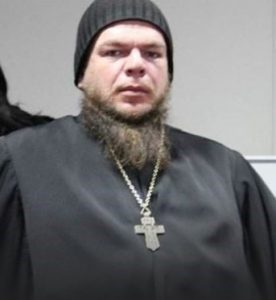 The court of the Ivacevich district heard an administrative case against the priest of the Belarusian Greek Catholic Church Vitaly Bystrov, who was charged with Article 23.34 of the Belarus Code of Administrative Offences. The cleric was detained for standing next to a detained cyclist with a white-red-white flag. He pleaded not guilty.

The court sentenced the priest to 10 days of administrative arrest. 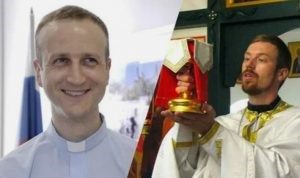 Police officers detained the priest Viktor Shchuk, Greek Catholic priest Alexei Voronko and their friend Alexei Koryakov during prayers in the street and drew up protocols under Article 23.34 of the Belarusian Code of Administrative Offences on them. On December 9, they were tried in Vitebsk, and the case materials were sent for revision. 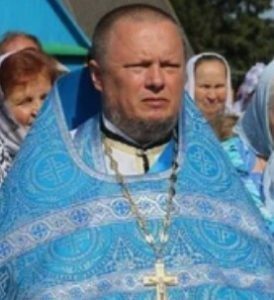 An Orthodox priest Sergei Rezanovic has been detained on suspicion of participating in a terrorist organization. According to the investigation, he was involved in arson of the house and the car of policemen in complicity with political prisoner Nikolai Autukhovich.

The cleric is currently in pre-trial detention.

The head of the Synodal Information Department of the Belarusian Orthodox Church, Archpriest Sergei Lepin had to write a letter of resignation after on his Facebook page he condemned the destruction of the Roman Bondarenko memorial at the scene of the murder by the security forces. After the publication, Lukashenko instructed the head of his administration, Igor Sergeenko, together with the Prosecutor General, to “assess these statements”. The Prosecutor General’s Office issued an official warning to the press secretary of the BOC Sergey Lepin about the inadmissibility of breaking the law.

The materials are based on media reports, communication between volunteers and human rights activists of “Nach Home” with victims and their relatives, as well as information received from other human rights organizations and initiatives.