On the May 2nd Orthodox Christians celebrate Easter. Unfortunately, even going to church is now dangerous – the police come to churches, arrest parishioners and repress religious leaders. We have already talked about how the authorities prey on Catholic clerics and priests. But, unfortunately, the abuse of believers continues. 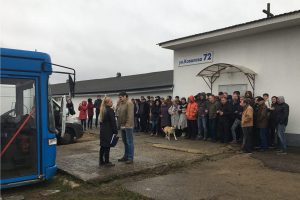 At the beginning of the year, the parishioners of the New Life Protestant Church lost their premises. On February 17, security officials came to the community together with bailiffs and announced that the building was not being used for its intended purpose, because officially it was a cowshed. The persecution of the church, however, began a long time ago. Before then everything had been peaceful. Officials say the church was evicted in order to build a school on the site, which is in the city’s development plan back in 2019. However, pastor Vyacheslav Goncharenko believes that the reason for the seizure is the political crisis in Belarus after the presidential elections. Church members have repeatedly stated that they are against violence – probably the authorities did not appreciate this.[1] 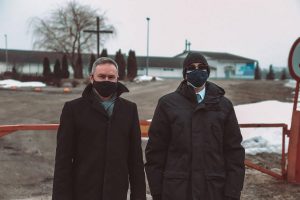 Since then, the parishioners of the church gather on the street, in parking lots. On March 4, they were supported by the US Embassy in Belarus. US Charge d’Affaires in Belarus Jeffrey Giauque met with representatives of the community. The US called on the Belarusian authorities to restore the ability of “New Life” believers to gather and pray without restrictions or financial penalties in places that are safe and secure.[2]

And in April it became known that “New Life” owes the city more than 170 thousand dollars. Thus, the church must reimburse “the costs incurred associated with the payment of land tax, property tax and depreciation on non-residential premises.” This is an unbearable amount for the community, which has just over 1,500 parishioners. The church will not be able to rent another building – precisely because of debts.[3] 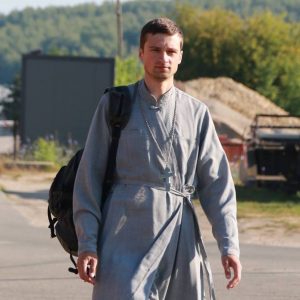 On March 22, an Orthodox priest Alexander Bogdan was detained in Volkovysk. The law enforcers came to the Belarusian language course “Language anew” (“Mova nanova”) and took him and 30 other people to the local police department. Aleksandr Bogdan said that he tried to explain to the police that these are ordinary language courses, there is no politics here, but almost everyone was taken to the police station, and only one minor was released. On this day, by the way, the leader of the rock group “Krama” Igor Voroshkevich was supposed to perform in Volkovysk. We had a conversation with the priest.[4] 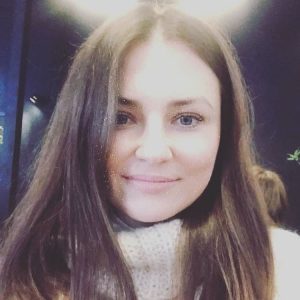 On March 29, Taras Telkovsky, pastor of the Trinity Baptist Church, spoke about the detention of parishioner Tatiana Reut. Tatiana has been volunteering for a long time, feeding the homeless, rescuing and accommodating abandoned cats and dogs. On March 27, the girl was detained in the city – she allegedly participated in a rally, although in fact no rally was held that day. Two days later, on March 29, Tatiana was given 15 days of administrative arrest.[5]

On April 4, security officials raided the house of an international couple: the wife of a Belarusian, and the husband is a native of India. The reason for the visit was the blinds of white-red-white colors. However, the man said that the colors are not due to politics – in Hinduism this symbol is used to designate oneself as tilaka – a special sacred sign, most often applied to the forehead and referring to some gods such as Shiva or Vishnu.

In December, the couple were visited by the police department, but the policemen then believed that Hinduism does have such a colour combination. Now, because of the color of the curtains, the girl was detained, and her relatives could not find her for a long time. And two days later he was tried under Part 1 of Article 24.23 of the Administrative Code and given 13 days of administrative arrest.[6] 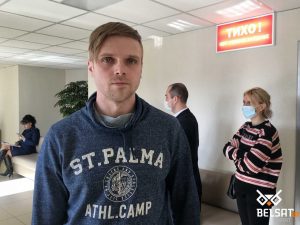 On April 7, the trial of 32-year-old Brest resident Andrei Levonyuk took place. The man wrote on the wall of a residential building a quote from the prayer “Our Father”: “But deliver us from the evil one.” On February 26, the inscription was considered a single picket, and Andrei was tried under Article 23.34 of the Administrative Code. And soon a criminal case was initiated under Article 341 (desecration of buildings and damage to property). In addition, the investigation stated that the inscription was made in order to offend Lukashenka and demonstrate dissatisfaction with the elections, and called it cynical. Andrei Levonyuk expressed surprise that the line from the prayer is cynical. The judge sentenced the resident of Brest to a month of arrest.[7]

On 26 April, several Belarusians became victims of reprisals in the after rallies in memory of those who died in the Chernobyl disaster. 19-year-old student Maria Amosovich and 23-year-old kindergarten teacher Elizaveta Kirienko were detained in Vitsebsk. The girls put lamps on the steps of the Resurrection Church. The investigation stated that the Belarusians staged an unsanctioned picket. In court, they pleaded not guilty, specifying that in this way they wanted to honor the memory of those who died as a result of radiation. However, the judge considered the girls’ explanations insufficient and sentenced both to administrative arrest under Article 24.23 of the Administrative Code. Maria Amosovich was given 20 days, and Elizaveta Kirienko – 10 days.[8]

Two arrests took place that day in Minsk. Anastasia Voitovich wanted to light a candle in the church on Freedom Square, but when she approached the church, it was closed. The girl stood beside it for a few minutes and was about to leave, but an riot police officer approached her and asked to see her documents, and then she was taken to the police station. The desire to light a candle in court was considered an unauthorized action and Anastasia was sentenced to 15 days of administrative arrest. 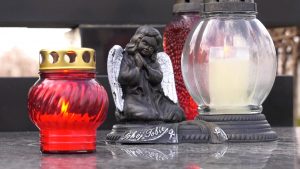 On April 26, 35-year-old researcher of the Academy of Sciences Yuri Lankevich wanted to go to the Red Church to light a candle in memory of the victims of the Chernobyl disaster. At 20.30, he smoked at the bus stop at Freedom Square. At that moment, the police approached him, asked to show the documents and the contents of the backpack, where the lamp lay. The man was detained. In court, Yuri Lankevich said that the punishment endangers the defense of his candidate and work at the Academy of Sciences, but the judge sentenced him to 15 days of administrative arrest.[9]

On May 1, the Telegram channel “Khrystsiyanskaya Viziya” reported that religious political prisoners were not allowed to see priests. Irena Bernatskaya from Lida applied for permission for the pastoral visit of a Catholic priest and was refused twice. This was explained by the epidemiological situation. Olga Zolotar also faced obstacles to the visit of the priest – the Investigative Committee decided to refuse the meeting, since she does not cooperate with the investigation. By the way, 70 Catholic priests of Belarus signed a petition in support of Olga.[10]

What is happening in Belarus affects the human right to perform religious ceremonies and rituals, enshrined in Article 31 of the Constitution of Belarus. We call on the authorities to stop bullying and repression against believers of all confessions and ask the international community and religious organizations to pay attention to the oppression of believers.