As the weekly protests continue and the visible impact on the regime leadership is minuscule. it might be time to reflect on how the opposition as well as their friends abroad might proceed. 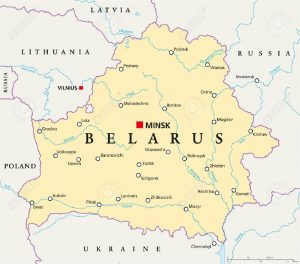 From true friends one should not only expect to hear cheering and, in the end, it should always be up to the local people to choose the strategy for the struggle. My view is that it is more important to be honest than polite in our dialogs. As an outsider who has followed the situation and visited Belarus since the Soviet time, and in recent decades worked with parts of the opposition, I see reasons for hope, alongside a need to discuss new ideas for what can be done.

Through the last months of 2020, there has been an impressive mobilisation of people in the huge demonstrations. Despite the brutality of the police and security forces, the number of arrests, and the torture in prisons, we have seen tens of thousands of committed activists taking to the streets week after week. Even if accurate counting of the numbers is a difficult task, it seems probable that on some days there were some places where between 100 and 200 thousand people were out demanding the removal of Lukashenko and a free election. The most recent studies of unarmed uprising around the world tell us that there seems to be a critical mass when 3.5% of the population dare to participate. For Belaus that would mean 340,000 people out in public with unified demands. Therefore, it is probably still necessary for further mobilisation.

The relatively high material living standards among Belarus’ urban middle class was made possible for years due to cheap oil from Russia, with profits spent on keeping those people satisfied. Many of those still feel loyalty to Lukashenko and fear what could happen when he is gone.

The huge demonstrations in Minsk and some other cities have made the opposition visible to the rest of the world. But it has also made them more vulnerable to attacks, imprisonment and other forms of repression. When Solidarność in Poland started to organise against the Communist regime in 1980 they had experiences of being vulnerable out on the streets, so instead chose to occupy and lock themselves up in the factories to better defend the movement from attacks.

In Beijing in 1989, the workers and students all came together in Tiananmen Square. That made it possible for the Communist party to send soldiers and carry out the massacre of hundreds of people. Many of those who had been at the Square since the first days wanted to “declare victory” and then go back to their home cities all over China and continue the revolution there. But they were outnumbered by thousands of newcomers every week; the majority wanted to stay at “the center of the world’s attention”.

The experiences from Poland and China might inspire people in Belarus to consider some strategic shifts.

Possible with a new momentum?

Can the opposition in Belarus find a way to decentralise and mobilise more people? The examples of workers and students striking, clergymen from different denominations being targeted by the police, participation by pensioners and parts of the police forces expressing sympathy with the demonstrators, could all be important cracks in the ranks that could be utilised. Factories that went on strikes in October included oil company Belarusneft, fertilizer giant Belaruskali, automakers MAZ, MZKT and Belkommunmash, tractor manufacturer MTZ and appliance maker Atlant. Lukashenko will be vulnerable if workers in Minsk, Borisov, Brest, Grodno, Mogilev, Novopolotsk and other cities again made their oppositional views visible. To mobilise these, and more, for new and longer industrial actions would have a huge impact on the situation.

Support from abroad has so far mainly been words and money. Depending on form and context, both these “tools of solidarity” can help as well as harm. Even if all of it is done with good intentions there is no guarantee that the long term impact will be positive. There 1 is a need for a painfully honest evaluation of external support to opposition movements in authoritarian states. Only that way can we learn how to do better in the years ahead.

In other conflict zones around the world we have seen acts of solidarity through different kinds of accompaniment. External activists are following local activists in order to document and report repression of different kinds. Just like most of us try to behave at our best when we have guests visiting, states also tend to act less oppressive when they know that what they do will be reported to media, movements and authorities abroad. Such activities have proven to be relatively effective and well received by the people they aim to protect. Could we see some form of such “unarmed bodyguards” in Belarus?

The USA, EU and others frequently suggest different forms of sanctions when they are asked to act against human rights violations. States and individuals face travel restrictions, seizure of assets, ban on trading, etc. Most of these types of actions have a tendency to harm people other than the intended targets. During the sanctions against Iraq it was the poorest who suffered most, while the leadership did not go to bed hungry or without the necessary medicines. Despite the hardest sanctions, Kim Jung-un lacks neither food nor cognac. It is not proven that sanctions against Belarus and/or Lukashenko will harm the elite in any substantial way.

I am in no doubt that the present rulers of Belarus will be removed within some years. But I have worries about how they will be removed and what will replace them. The world has witnessed authoritarian leaderships being removed in many states; in the majority of these revolutionary processes unarmed strategies have been used by those who struggled for change. The removal of the old regime has seldom been followed by the establishment of a 2 decent, transparent, robust democratic welfare state with deep respect for Universal human rights..

It is obvious that the skills needed to build and run a state are very different from the skills needed to mobilise, prepare, organise and carry out a revolution. What we have seen in the majority of cases is that the new leadership is recruited among those who led the demonstrations. They all faced a number of serious challenges when they took over the government, parliament, and administration. What can be done to better prepare for the takeover?

One urgent matter among many is to secure financial resources to cover imminent alaries and other costs. Without being able to pay staff in the bureaucracy, educational institutions, police and military forces the celebration of “the victory” will soon turn into strong discontent and distrust with the new leadership.

Two of the main sources to secure these finances are the World Bank (WB) and International Monetary Fund (IMF). Both these actors have again and again given loans under conditions that the new regime will privatise and deregulate the state, open up for international companies to exploit resources, while in general giving big businesses access to territories and markets with as little influence from politicians as possible. The results have been typical neoliberal states with a growing gap between the rich and the poor, limited income from taxes for the state, weak protection of the environment and climate, concentration of media power among a few companies, and other consequences of the Reagan/Thatcher ideology from the eighties onwards. In the former Soviet political sphere we have witnessed a decrease in life expectancy after neoliberal economic “shock-therapies” have been implemented. Many elderly people are still talking warmly about “the good old 3 days when they had a job, low prices for food, fuel and housing”.

There is a need for change in the WB/IMF policies. All member states of both these financial institutions should be forced to use their voting power to guarantee that loans are given with guidelines that will allow a strong welfare state to be established.

When the people of Belarus get rid of the horrible rule of Lukashenko they deserve a better future than copying the worst aspects of the EU, Australia and US.

One important factor for a decent state to function is to have a wise, radical and strong opposition outside the power structure even after the takeover. We saw that in South Africa, when all the best ANC people secured positions in the new power structure, the corruption grew and has done a lot of damage. There will always be need for someone to keep an eye on those in power. After Georgia’s Rose Revolution in 2004, we saw a similar development. In that case the corruption disappeared from the bottom of the system but grew on the top. And the state policy made the gap between poor and rich wider and deeper.

Who can offer alternatives to the neoliberal system?

Few of the nonviolent removals of authoritarian regimes and dictatorships have been well prepared for the takeover, while international institutions have had their plans ready to offer “help” of a financial, military, and political sort. Those international civil society supports which helped to remove the old system had little to offer at the time when the new state needed to be constructed on the ruins of the old.

There is a need for evaluation of what has been done in the past, new thinking about the future, as well as more substantial effort by those who want to act in true solidarity with the people of Belarus.