“Our House” calls on European and American politicians, diplomatic structures of the European Union and the United States, not to pardon at any cost the blood of peaceful Belarusian citizens and to respond to this brutal crackdown of peaceful citizens.

On August 9, 2020, presidential elections were held in Belarus.

This presidential campaign, as never before, was marked by massive and brutal repressions against civil society, torture, abduction, searches, threats to kidnap children, dismissals from work, huge fines, intimidation, etc. This is due to the fact that Alexander Lukashenko has lost all the support of the Belarusian people and lost the elections, but he did not accept this, and decided to retain power by force.

On August 9, 2020, civilians protested peacefully on the streets of cities to show their disagreement with the massive falsifications and repressions.

Riot police dispersed a series of post-election protests held in Minsk and other cities of Belarus. Excessive violence, tear gas, rubber bullets and water cannons were used against the peaceful protesters in Minsk. Several people were injured, including one protester reportedly run over by a police van. There are also reports of several demonstrators hospitalized after suffering injuries from stun grenades. More information is here: https://elections2020.spring96.org/en/news/98920

Noise and flash grenades were used, gas, at least rubber bullets, police, internal troops, army, conscripts, the KGB and other security forces were ranked against civilians.

We call on European and American politicians, diplomatic structures of the European Union and the United States, not to pardon at any cost the blood of peaceful Belarusian citizens and to respond to these killings for political reasons.

The blood of the Belarusian people is in the hands of Alexander Lukashenko. This is his political responsibility.

“Our House” urges to respond to the brutal crackdown of ordinary people by introducing severe sanctions against Alexander Lukashenko, repressors and criminals in three clusters:

Please show that EU and USA are with the Belarusian people and grieve with democratic Belarus, and do not shake the bloody hand of the dictator Alexander Lukashenko.

More information about the situation here: 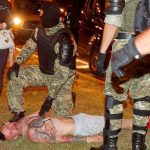 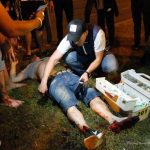 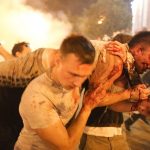 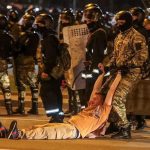 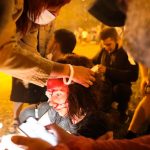 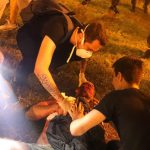 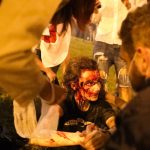