Retired people in Belarus have been active in protests since 5 October, when the first march of pensioners took place. From that date until 31 December 2020, 13 protests took place every Monday. 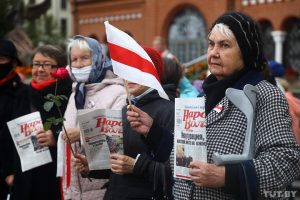 The actions of pensioners were supported in the regional centers of Vitebsk, Gomel, Grodno, and Brest. All pensioners’ protests were accompanied by the participation of security officials, blocking the road to protesters. Some pensioners were detained after the marches. Also, pensioners took part in Sunday marches, during which they were also detained.

On October 14, a 59-year-old woman from Minsk, who took part in the march of pensioners on October 12, was sentenced to 13 days under Part 1 of Article 23.34. According to the police, she took part in an illegal event, shouting “Long live Belarus!” However, the woman’s son revealed that she was standing alone waiting for him when three officers approached her and took her into a minibus. For more than 12 hours, the relatives did not know anything about the whereabouts of the pensioner. It turned out that the woman had been taken to Akrestsina[6]. 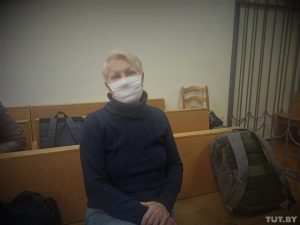 On October 25, 73-year-old Eva Bykovskaya was detained at a protest action in Gomel. She stood up for the guys who were detained by the police. The riot policeman, handing over the pensioner to his colleagues, stated that her father had been the Polizei. The woman said that she was cursed at and told to be quiet in the police van. In the department, the pensioner was fingerprinted, and a protocol was drawn up for participating in the rally. After what happened, Eva Bykovskaya started having problems with sleep, she visited a psychologist[7]. 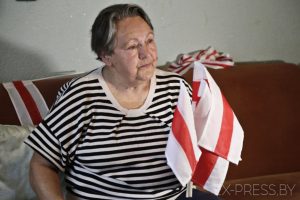 On October 30, the Zhodzina city court considered the case of 75-year-old Iraida Misko – on charges under part 1 of Article 23.34. The police provided six protocols on the participation of the pensioner in mass events. Photos and videos of the woman were presented to the court. In one of the photographs, she was holding a white-red-white marshmallow in her hand. Witnesses in the case stated that Iraida Misko protested in this way. The court ruled on the pensioner a fine of 540 rubles. Later, her home was searched, and her computer seized.[8] 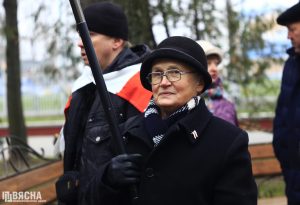 On November 5, a search was carried out in the apartment of 73-year-old Nina Baginskaya. Unidentified men broke into her flat. They said they had to conduct an “investigative experiment.” The security forces did not detain the activist, who had hundreds of protocols and fines worth about $ 20,000[9].

On November 14, a 68-year-old pensioner was detained in Lida, who made the inscriptions “Navinki are waiting for a psycho” and “So you die, freak” on the fence belonging to the railway department. The pensioner was identified with the help of CCTV cameras. She said that she made the inscription since in October her son was detained during a protest in front of her. A criminal case was opened against the pensioner for the desecration of buildings and damage to property (Article 341 of the Criminal Code)[10]. 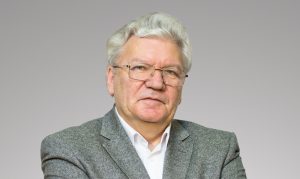 On November 15, during a Sunday protest action, the director general of the “Vremya” publishing house, 76-year-old Boris Pasternak, was detained. The publisher’s daughter said that he was going to be on the “Square of Changes”. During the action, he filmed the scenes of the detention on his phone. Boris Pasternak spent the whole day at the police station and was only released in the evening[11]. 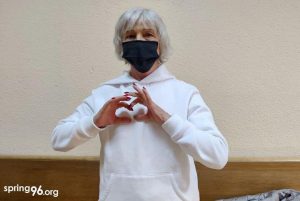 On November 23, after a march of pensioners, several elderly people were detained. Among them is the famous Minsk oncologist-mammologist, 70-year-old Svetlana Yatskova. On the day of her arrest, she was wearing a white fur coat, a red hat with a white pompom, and a red scarf[12].

On December 1, 58-year-old Rimma Seregina was convicted for participating in the march of pensioners. She was found guilty, although she did not consider herself guilty. The woman participated in the trial via Skype and without a lawyer. Judge Sergei Katsar, having considered the administrative protocol under Part 1 of Article 23.34, sent the pensioner to jail for 15 days[13].

On December 3, a hearing was held at the Moskovski District Court of Minsk, at which the case of 64-year-old Tatyana Kuznetsova, accused under Article 23.34, part 1, was considered. She was detained for participating in the pensioners’ march on November 30. The woman did not admit her guilt, and she also did not have a lawyer. The trial was held via Skype. The pensioner received a fine of 270 rubles[14]. On December 6, after a Sunday march, 79-year-old Minsk resident Larisa Sous, an invalid of the 2nd group, a Holocaust survivor, was detained. During a peaceful protest, riot policemen with machine guns ran out at the people, and the pensioner did not have time to hide from them. She spent more than six hours at the police station. An administrative protocol was drawn up against her for participating in an illegal protest action (Article 23.34)[15].

On December 8, a hearing was held in the Sovetski District Court of Minsk on charges of 66-year-old Valentina Khilyutich under Part 1 of Article 23.34. She was detained near the Philharmonic on December 7. The woman did not admit her guilt in participating in the protest action. According to her, she came to shopping centre to look at gifts for her daughter and granddaughter. Valentina Khilyutich said that she has heart problems, and that she often faints. The verdict of the court is 10 days of arrest.[16] 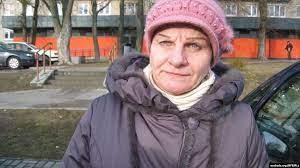 On December 10, 59-year-old Galina Derbysh, a disabled person of group II, was detained in the Obukhovo agro-town of the Grodno region. She was an independent observer at the Obukhov elections and reported many irregularities. Her house was searched, and she herself was detained. At the police station, the pensioner felt ill. She was sent to Grodno Pre-trial Detention Center No. 1. She was under suspicion because of the “Avtukhovich case”. Galina Derbysh was suspected of committing an act of terrorism (part 6 of Article 16, part 2 of Article 289 of the Criminal Code)[17]. 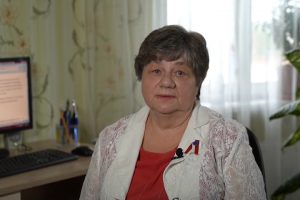 On December 14, pensioner Tatyana Zelko, head of the organization of pensioners “Our Generation”, was detained at a protest march. She was able to call her son from the police station to inform him that about 40 marchers had been detained. This was not the first detention of Tatiana Zelko. It is known that Tatiana had problems with blood pressure. Nevertheless, they left her at Akrestsina for a day. At the trial, she was charged under Part 3 of Article 23.4 and Part 3 of Article 23.34. The pensioner received a $ 1,000 fine.[18] 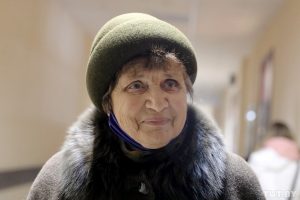 On December 15, a Minsk court found 87-year-old Yelizaveta Bursova, Minsk residentб guilty of holding an unauthorized mass event – a woman hung a white-red-white flag on her balcony. Elizaveta Bursova received a fine of 405 Belarusian rubles under article 23.34. In court, the pensioner was supported by several dozen people. The fine for her, as the record holder of the USSR in bullet shooting, helped to pay off the Sports Solidarity Fund.[19]

On 20 December, Svetlana Starodubets, 68, was taken from her job at the Pervomaiski District Police Department in Minsk. The department drew up a report on the woman under article 23.34 of the Administrative Code for hanging the coat of arms “Pagonia” on an A4 sheet in the window of her apartment on the fourth floor. The trial took place on the same day. Judge Tatyana Linnik found Svetlana Starodubets guilty and fined 10 basic units (270 rubles).[20]

On December 21, in Orsha, a search took place in the house of pensioner Lydia Popova. Tatyana Alantieva, headmistress of local school No. 21, filed a complaint against her for insulting her on social media. It turned out that the pensioner made a repost about Alantieva on social networks. Because of this, a criminal case was initiated against her under Article 189 of the Criminal Code.[21]

On December 22, the court of the Tsentralny district of Minsk considered the case of 81-year-old Sofia Minko, who was detained at the pensioners’ march on December 7. She was charged under Part 1 of Article 23.34. According to the court, the woman deliberately violated the established procedure for the street procession. During the march, she had a white-red-white flag in her hands. Judge Dmitry Karsiuk ordered a fine of 270 rubles as a punishment.[22]

On December 27, a children’s writer, 64-year-old Vladimir Yagovdik, was detained in Minsk – he left home for the river to feed the ducks. The detention took place on the Svisloch embankment. On December 28, a trial was held against the writer under Article 23.34 and Article 17.1 (petty hooliganism). The writer received a fine of 810 rubles.[23]

April 11 – International Day of the liberation of the Nazi concentration camp. We talk about the «patriotism» of the Belarusian authorities

The monitoring of repressions during the 2020 presidential elections (Until June 16, 2020)

Monitoring the repression of students in August 2020 – March 2021

From expulsion to prison – how and why the authorities punish young Belarusians
2021-05-16 at 16:32 Svetlana Gordeeva Defence and Solidarity (ZiS)