Bobruisk Educational Colony No. 2 is the only correctional facility for teenagers. Boys from 14 to 21 years old are here. The only difference from an adult colony is the number of prisoners. There are only three detachments of about 80 people, and two detachments are underage pawnbrokers convicted under Article 328 of the Criminal Code. We continue to talk about places of detention, and today’s material is devoted to violations of rights in a juvenile colony.

In 2019, Colony No. 2 turned 80 years old. It was established on May 2, 1939, and was originally located instead of the former People’s Commissariat for Internal Affairs prison. The colony was designed for 350-400 people. Teenagers from 16 to 18 years old were kept here. The facility has been located in the current building since 1979. In 1986, the colony was among 20 children’s correctional institutions of the USSR. The facility participated in an experiment on the humanization of the detention regime. Parents’ days began to be practised, and the best pupils were given vacations. Almost always, the guys returned on time. However, now this practice is in the past. 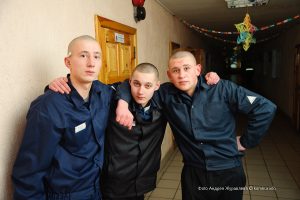 Some information from the state press: in the colony, students can receive both secondary education and specialized secondary education. A branch of school No. 32 of Bobruisk operates on the territory. The curriculum is designed for every age, even if there is only one student in the class. And you can also get a speciality of a repairman, a carpenter, a woodworking machine operator, a turner, a plumbing fitter. Some choose to get a higher education, but it can be only for a fee. And relatives of convicts should pay for their studies and the Internet. In 2019, there were only four students. Children have the right to eight short-term (up to four hours) and four long-term (up to three days) meets with relatives in a year. After serving a quarter of the sentence and special certification, children who have embarked on the path of correction can be transferred to improved conditions of detention and allowed to travel to the city for a concert, a sports event or a museum. There are many opportunities for creative and sports development: a gym, a library, vocal, guitar and piano clubs, patriotic and spiritual and moral education, acting skills, a humour team. Prisoners hold concerts for their relatives. The living conditions are also quite good — convicts can even choose the design of the bedrooms themselves. In the colony, they receive full nutrition and sweets.

If you read such material, you will feel that we are not talking about a colony but a children’s health camp.

In 2019, human rights activists from Mogilev managed to talk to the mothers of the convicts of the Bobruisk colony — and the impressions were radically opposite. Because of the low-calorie food, all prisoners have a bodyweight lack. There are only four minutes for a meal. It won’t be so easy to have a snack in the hostel and drink tea — there is only one kettle for a squad of 80 people. You need to contact activists for permission to boil water or pay him with cigarettes. Almost all mothers take pills that facilitate digestion for their children. After a prison meal, switching to tasty home food causes severe pain. Children cannot tell about problems to mothers because a facility employee controls prisoners. Complaining in writing is not an option — written complaints simply do not go beyond the fence. 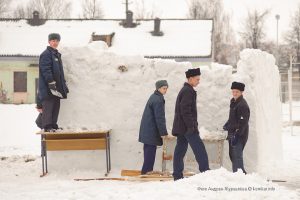 In addition to studying, children work hard – they get rubber with their hands. Juvenile convicts pull out a cord with their bare hands. It is necessary to work out a norm for a shift – one kilogram of clean rubber for processing. The administration pays from 2 to 5 rubles per month for this work. If there is no work, children are even forced to carry snow with their hands. There is not enough time for studying or conversations with relatives that did not last more than 4 minutes. On Saturdays, children watch Russian TV series about security forces and criminals.

Convicts have problems even with clothes and shoes. Prisoners are given only one set of clothes. If it does not have time to dry after washing, the child is wearing wet. Shoes can only be bought at the prison store, and they last only three months. 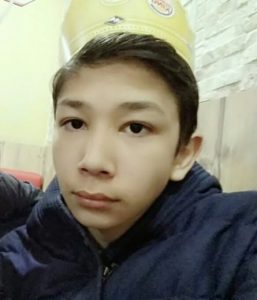 In 2019, it became known that minors were being beaten in the colony. Aziz Togaev relatives reported about it. Aziz was detained under Article 328 of the Criminal Code at 15 years. He studied in the ninth grade, received high marks and was even awarded gratitude from Lukashenka. But they found a message on his phone from a classmate who offered him a job distributing spices. The fact that Aziz ignored this message did not bother the police. The guy got sentenced to 8 years in prison. In the colony, he faced physical and psychological violence from employees. The guy had three disciplinary penalties, and the colony administration did not allow his mother to get acquainted with the materials of imposing these penalties. Aziz had a yellow suicide-prone tag hung on his chest. The deputy head of the colony, Vitaly Kotov, said to the mother of Aziz that it was needed to say he committed suicide if he was strangled or hanged at night.

In 2019, «Our House» also monitored the detention of juvenile prisoners in the colony. We learned that the prison culture in the facility is too cruel. It is encouraged by the prison administration. If the minor’s mother arrives for a date in a red sweater or a red dress, the convict will refuse to go out to her because he may be beaten or raped by other prisoners. The same thing can happen if somebody steals cigarettes. In a children’s colony, convicts have practically no free time, and labour standards and norms are often higher than in an adult colony. Children ask educators to put them in violation of the regime to move to an adult colony faster. But in an adult facility, seeing this, the administration puts the guys on the register as malicious violators — and this automatically deprives the right to parole.

In addition, prisoners in the colony may be deprived of broadcasts and visits with relatives. It is especially true for children-328. We have established a case when a child convicted under article 328 was not handed letters and postcards from Canada but was defiantly returned overseas. Mothers can send money to their sons. But children cannot buy the necessary products in a prison store. 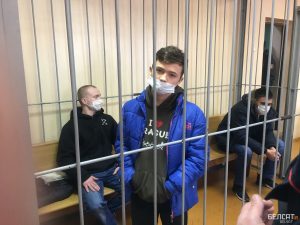 After the 2020 elections, the colony was replenished with ten minor political prisoners. Mikita Zalatarou suffers from epilepsy. He got sentenced to 1.5 years in prison. The teenager got charged under Article 364 of the Criminal Code (violence or threat of violence against an employee of the internal affairs bodies). In October 2021, his parents came to the colony to meet Mikita. But they were not allowed to see their son and did not even accept the transfer for him. An employee of the facility said that Mikita was in an isolation ward, but he refused to say in which one — a penalty or a medical one. Then the parents were not even given any explanation whether their son was alive. 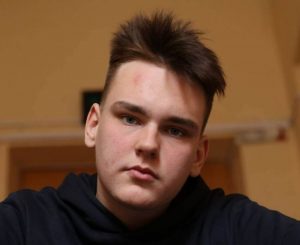 Eleventh-grader Sergei Gatskevich from Brest received a sentence under part 2 of Article 293 of the Criminal Code (participation in mass riots). He went out to protest on August 10, 2020. Sergei and other defendants in the case were accused of «grossly violating public order and committing pogroms. After that, they used violence – they struck police officers with their hands and feet, with various objects. Boards, sticks, street trash cans, fragments of benches, paving slabs and asphalt, bottles, stones, metal bolts, containers with paint, pyrotechnic products were used for this purpose.» In addition, according to the investigation materials, the accused intentionally destroyed and damaged vehicles and other property belonging to the police, people and businesses. Sergei studied in a sports class. He was going to enter a sports university or join the army and become a dog handler. During his imprisonment, Sergei’s grandmother and great-grandmother died. He was not allowed to attend the funeral of close relatives. According to the guy’s friends, letters from former classmates do not reach him.

Very little is known about the fate of child prisoners — relatives do not want to talk about problems because they are afraid that the children will only get worse. However, even with this information, we can understand that children are not brought up in the facility but are crippled both physically and psychologically. After the liberation of Belarus from the oppression of Lukashenka, these children will need serious help and a long adaptation to freedom.