Every year dozens of people are imprisoned in Belarus under Article 328 of the Criminal Code. There were so many of them that the state reorganized a separate colony – PC-22 in the Ivatsevichi district. Here, prisoners, as elsewhere, face disenfranchisement, slave labour, restrictions. This week, “Our House” tells about people convicted under Article 328 of the Criminal Code and opens our cycle with a story about those who turned out to be prisoners of colony No. 22 against their will.

The lawlessness that was happening in PC-22 became known even before it became “narcotic”. In 2012, opposition leader Alexander Frantskevich served his sentence here. However, he spent time in the punishment cell at a temperature of 16 degrees and lower. The prisoners didn’t get blankets, and the administration restricted warm clothes for them. Alexander received a week in solitary confinement, refusing to do work that he considered offensive. It is not known why he received other days in the punishment cell. 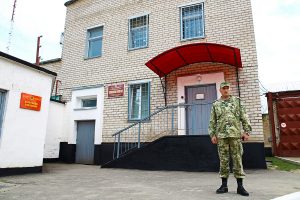 A new life in PC-22 began with an anti-drug judgment adopted in 2014. The decree affected not so many people on the outside as prisoners in prisons. A paper from the Department of Corrections forced them to engage in slave labour. Maxim Zhigar, who served his sentence in the colony in 2013, recalls: “At first there was not enough work for everyone, so we went to the industrial zone for only two hours. And then they began to drive everyone for the whole day. Those who received a speciality in the vocational school in the correctional facility could work there under profession. And in unskilled work – cleaning wires or disassembling engines from dump trucks for scrap – about a third of the convicts worked, that’s about 300 people.”

Since 2015, colour differentiation of prisoners has been applied in the institution. All of them were given green stripes on the initiative of the Department of Corrections management. From other colonies, convicts were brought here for huge terms for drug possession and distribution, and the institution quickly overflowed. By order of Lukashenka (quite public, not secret), the authorities made unbearable conditions for the prisoners. They got a prohibition to use shoes sent by relatives, take transfers after visits, use plastic containers. In addition, they limited their free time, occupying it with a constant reading of ideologically tested lectures and videos about the dangers of drugs. All the time, prisoners had to wear prison uniforms – only for two hours a day they were allowed to wear ordinary clothes. 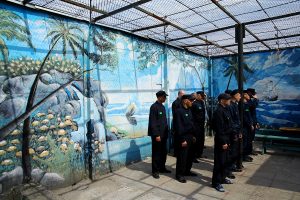 In 2017, the regional publication “Intex-Press” wrote about life in the colony. In the material, journalists tell several stories of convicts under Article 328 of the Criminal Code. Dmitry, who was 21 years old at the time of the material creation, received ten years. “I was convicted for 10 grams of a drug that was found in the car. I haven’t even ridden it. It’s not mine, and the car is not mine,” the convict recalls. Minsk resident Maxim (23 years old) and his brother got 14 years each – they wanted to earn money by making bookmarks with drugs:

– I was found to have a neoplasm in my chest. A tick bit my brother’s wife, and she got encephalitis. We needed money for medicines. Family is the only thing we have left. All my friends have disappeared somewhere. We had to sacrifice ourselves to save the life of another. 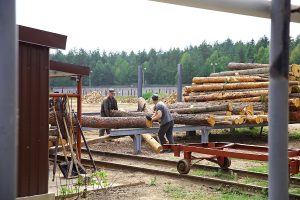 The same article said that prisoners receive 100-200 rubles of income at the sawmill. For people engaged in disassembling metal, there are 10-15 rubles in the settlement sheet. Part of this money goes to reimburse government expenses, pay claims. The remaining amount, if it remains, accumulates in the convict’s account. Igor Rasevich, released from prison in 2019, called the figures much lower. For example, you can get up to 10 rubles in woodworking (although furniture made by prisoners is sold in France for hundreds of dollars). And at the metal disassembly site, the salary is even lower – only 70 kopecks per month. The administration says that all the money goes to the maintenance of convicts: food, light and water. The conditions in which the prisoners of PC-22 had to work will easily fit the category of a slave.

“The standard for a shift is three kilos of copper and six of lead. Construction gloves are issued from workwear once a month, which is not enough for a month. Spin as you want: work with your bare hands or buy new ones for your money, but fulfil the average. Failure to comply with the norm is punished by a violation, which means that they write a report, after which you can get into a detention centre, lose a date or a parcel. It all depends on the mood of the workshop master. Our master is a former operative – sometimes he wrote a report the first time. The equipment is old and constantly breaks down, but there is no adjuster. Because of this, many defective products are obtained, the norm is not fulfilled, convicts receive penalties. During work, you can not have a snack or drink tea. Only a smoke break is allowed. Many people want to take a piece of bread and lard with them – the shift lasts six hours without lunch. But the food is taken away, thrown away, and a report is written”, Igor Rasevich told the details of his stay in PC-22. 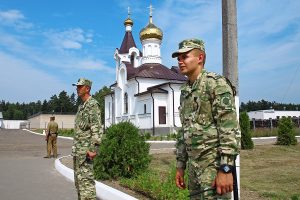 In 2018, the prisoners decided to protest against the violations and slave conditions of detention. From November 3 to November 4, 2018, a protest began due to the unbearable conditions of detention created by the administration and a sharp increase in the number of disciplinary penalties. They began to punish the prisoners for literally everything: an unfastened button, a poorly made bed. All this happened with the permission of the new deputy head for the regime and operational work, Valentin Stolyar. In response to the protests, the administration of the colony began repressions. At least 30 people were taken out of the institution and transferred to prisons in Mogilev and Zhodino in more stringent detention conditions. Some of the prisoners at the stage were taken to PC-1 in Novopolotsk and PC-13 in Glubokoe. At least two convicts got sentenced to a year and two months in prison for disobeying the administration requirements (Article 411 of the Criminal Code).

“Mogilev Spring” website gives an example: one of the prisoners of PC-22, Ilya Baranovsky, was convicted under Article 328 of the Criminal Code at the age of 18 and sentenced to 11 years in prison. Immediately after getting into the facility, the teenager was declared a malicious violator of the regime and sent to the harshest conditions. Ilya spent the next three years in a covered prison in Mogilev. And when he returned to Ivatsevichi, he was sent to a cell-type room for four months. In 2019, Ilya decided to return to the walls of the Mogilev prison for three years. Activists of the movement “Mothers-328” told: such repressions begin after 40 penalties in a month. However, in the case of Ilya, Valentin Stolyar’s desire to curry favour with the authorities worked, which, as we have already written above, recommended that the convicts under Article 328 arrange a hell. And the system does not care that it is almost impossible for a person who has spent six years in prison to return the life. 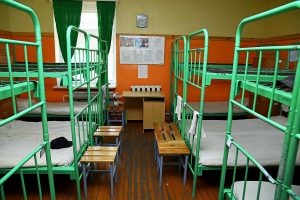 In such conditions, it is not surprising that the prisoners are trying to solve the violation of rights problem in another way – by passing away. In 2016, a prisoner who was not even 30 years old hanged himself in one of the utility rooms. He was sent to the colony for drug distribution and received 11 years in prison. The man did not leave a suicide note, and the cause of the act is also unknown. The prisoner left behind a wife and two young children. In 2019, a convict named Maxim committed suicide in PC-22. The reason that the man climbed into the noose is conflicts between convicts. The administration of the institution knew about this but was in no hurry to stop it.

On July 24, 2019, another prisoner died in the colony – a 38-year-old man from Brest, sentenced to 9.5 years under Article 328 of the Criminal Code. Before his death, he suffered from cardiovascular disease and asthma. It is not known why the prisoner died. According to the Investigative Committee, there were no visible signs of violent death during the corpse examination.

In the summer of 2019, another incident happened in the colony – a fire at the production part. The flame rose above the fence of the facility. The son of one of the movement “Mothers 328” activists reported that the industrial zone was burning. But there were no casualties. They tried to hide the fact of the fire, although his photos remained on social networks, and the cars of the Ministry of Emergency Situations went out on a call, and it remained fixed. 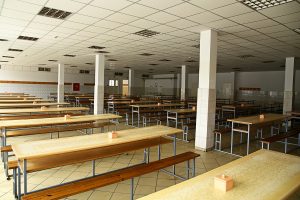 We have repeatedly written about the bullying of people in PC-22. For example, one of the orphans, imprisoned as a 17-year-old, suffers from a lack of medical care. After the 2020 elections, political prisoners appeared in the colony. Now there are 27 of them there. No secret that they are being tortured. Pavel Sakharchuk, sentenced to 2 years and one month for damaging the car of an employee of the Department of Execution of Punishment, Alexander Geitz, regularly gets into a punishment cell and is deprived of visits. Pavel was sent to the detention centre twice for ten days and once for seven days. The reasons are different: he didn’t shave, walked in sneakers, didn’t say hello, bickered, kept a book at the workplace. On the only date with his wife, he was blackmailed and banned from taking out a transfer of five kilograms. The administration also does not allow you to call home. Pavel constantly has problems with correspondence and doesn’t get letters.

Finally, let’s take a look at the report of the state agency BELTA, released immediately after the riot in PC-22. According to the media, this “heavenly place” has a church, a library, a club, and a playground, and prisoners can play and sing in a cover band. There are also holidays like Squad Day and occupational therapy as a cure for all diseases. Life-affirming, isn’t it? That’s just the wrong side turns out to be not at all joyful, and many young guys, sometimes hidden behind bars without proof, are forced to live in a colony for a dozen years. In slavery to their state.