In Ukraine, on 16 January 2023, Ivano-Frankivsk Appeal Court rejected the appeal of 46- year-old Christian Vitaly Alekseenko against his conviction for refusing call up to the  military on conscientious grounds. “I told the court I agree that I have broken the law  of Ukraine,” Alekseenko told Forum 18, “but I am not guilty under the law of God.”  When he gets the written verdict, which he expects on 19 January, the one-year  imprisonment sentence will go into force and he expects to be taken to prison immediately  afterwards.

The European Bureau for Conscientious Objection (EBCO), War Resisters’  International (WRI), the International Fellowship of Reconciliation (IFOR) and Connection e.V. (Germany) consider the conviction of conscientious objector Vitaly  Alekseenko a blatant violation of his right to freedom of thought, conscience and  religion, guaranteed under Article 18 of the International Covenant on Civil and Political  Rights, which is non-derogable in time of public emergency, according to Article 4.2 of  ICCPR.

The organisations express their full solidarity with Vitaly Alekseenko and urge the  Ukrainian authorities to drop all charges against him immediately.

The organisations underline that his conviction occurs in the context that Ukraine  has suspended the right of conscientious objection in the current emergency and  call for the relevant decree to be immediately reversed.

The organisations also recall their strong condemnation of the Russian invasion of  the Ukraine, and call on the soldiers not to participate in hostilities and on all  recruits to refuse military service.

The Ukrainian government should safeguard the right to conscientious objection  to military service, including in wartime, fully complying with the European and  international standards, amongst others the standards set by the European Court  of Human Rights. Ukraine is member of the Council of Europe and needs to continue to  respect the European Convention of Human Rights. As now Ukraine becomes candidate to  join the European Union, it will need to respect the Human Rights as defined in the EU  Treaty, and the jurisprudence of the EU Court of Justice, which include the right of  conscientious objection to military service. 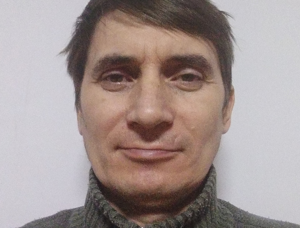 The European Bureau for Conscientious Objection (EBCO) was founded in Brussels in 1979 as an umbrella structure  for national associations of conscientious objectors in the European countries to promote the right to conscientious  objection to preparations for, and participation in, war and any other type of military activity as a fundamental human  right. EBCO enjoys participatory status with the Council of Europe since 1998 and is a member of its Conference of  International Non-Governmental Organisations since 2005. EBCO is entitled to lodge collective complaints concerning  the European Social Charter of the Council of Europe since 2021. EBCO provides expertise and legal opinions on behalf  of the Directorate General of Human Rights and Legal Affairs of the Council of Europe. EBCO is involved in drawing up  the annual report of the Committee on Civil Liberties, Justice and Home Affairs of the European Parliament on the  application by the Member States of its resolutions on conscientious objection and civilian service, as determined in  the “Bandrés Molet & Bindi Resolution” of 1994. EBCO is a full member of the European Youth Forum since 1995.

War Resisters’ International (WRI) was founded in London in 1921 as a global network of grassroots organisations,  groups and individuals working together for a world without war. WRI remains committed to its founding declaration  that ‘War is a crime against humanity. I am therefore determined not to support any kind of war, and to strive for the  removal of all causes of war’. Today WRI is a global pacifist and antimilitarist network with over 90 affiliated groups in  40 countries. WRI facilitates mutual support, by linking people together through publications, events and actions,  initiating nonviolent campaigns that actively involve local groups and individuals, supporting those who oppose war  and who challenge its causes, and promoting and educating people about pacifism and nonviolence. WRI runs three  programmes of work that are important to the network: The Right to Refuse to Kill Programme, the Nonviolence  Programme, and Countering the Militarisation of Youth.

The International Fellowship of Reconciliation (IFOR) was founded in 1914 in response to the horrors of war in Europe,  and has taken a consistent stance against war and its preparation throughout its history. Today IFOR has branches,  groups, and affiliates in over 40 countries on all continents, while the International Secretariat is located in the  Netherlands. IFOR’s membership includes adherents of all the major spiritual traditions as well as those who have  other spiritual sources for their commitment to nonviolence. IFOR has observer and consultative status to the United  Nations ECOSOC and UNESCO organizations. IFOR maintains permanent representatives in Geneva, New York and  Vienna and at the UNESCO in Paris who regularly participate in conferences and meetings of UN bodies, providing  testimony and expertise from different regional perspectives, promoting non-violent alternatives in the fields of human  rights, development, and disarmament.

Connection e.V. was founded in 1993 as an association advocating a comprehensive right to conscientious objection at  an international level. The organisation is based in Offenbach, Germany, and collaborates with groups opposing war,  conscription and the military in Europe and beyond, extending to Turkey, Israel, the U.S., Latin America and Africa. Connection e.V. demands that conscientious objectors from war regions should get asylum, and offers counseling and  information to refugees and support for their self-organization.