The journalist Andrei Fedosov wrote a piercing article a year ago based on my participation in the International Eurasian Economic Forum, where he jokingly called me “Belarusian Cinderella”.

I liked the comparison, especially in the part where you often have to engage in any rough work, like “separate the meatballs from flies” or “sort out the peas with lentils.” And since there is no and is not forthcoming the Fairy Godmother on the horizon, I again have to do all by myself with the help of a magic hazel.

I decided to write a series of articles-impressions about obstacles that Belarusian “Cinderellas” (women in the public sphere) face.

Therefore, there are three “nut”-men for “Cinderella”: three influential and powerful men in the system of the authority of Alexander Lukashenko. They are the most interesting men, thanks to whom Alexander Grigoryevich holds authority for so long. All three apply their utmost efforts and talents to make Lukashenko’s system become such as it became. Alexander Grigoryevich, in the strict sense, without them – as without hands.

Let me introduce them to you one by one. This piece is about ‘Nut’ number one.

The powerful man number one is ahandsome man with harsh male beauty. Man of few words. He tries to keep a low profile. Normally, tries not to say anything superfluous, even better – to say nothing at all while delivering a speech. He has piercing excited eyes.

There are few documents about him in the public sphere. Rare statements, very modest videos, photos – exclusively official ones. I would even say, in almost the same foreshortening all the time.

He is the first from the enforcers of a lead-team without any Russian roots and no Russian background. 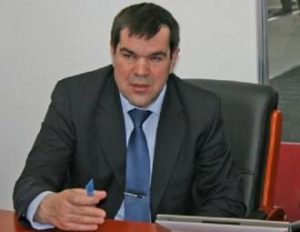 Several years ago I called him the nickname “Dragon”. According to Belarusian mythology, he certainly fits this profile: the inhuman sense of humour, draconian logic. He does not like an advertisement of himself and therefore it is only possible to guess about the actions and events of the KGB. I recognize his work according to his special style: no traces, only style, MO (Modus operandi), it is always easy to guess him.

So, what distinguishes the work of the “Belarussian Dragon” from other heads of the KGB before him?

It is great when those, you are hunted for, believe that you are a weak-minded, stupid, underestimate you and your talents. This significantly simplifies the work and saves time.

Everything genius is simple, is not it?

Let me give you one example. Opposition young people Nastya Polozhanko and Zmitser Dashkevich are well known in Belarus. However, mostly for their desperate struggle for the right to get married and be together. What only the KGB have not done to prevent the lovers from reuniting: the passport disappeared from the case, the dates of the marriage were postponed. On November 16, 2012, Valery Vakulchik becomes chair of the KGB[2]. Suddenly, the KGB stops bullying young people and, in a month, on December 26, 2012, Nastya and Zmitser, to their great surprise and without any hindrances, finally got married[3].

Coincidence? I do not think so.

In Belarussian culture dragons adore sacrifices, because in Belarus dragons are called “tsmoki”, i.e. vampires (they suck human blood), and the most useless girl in the village is most frequently sacrificed. It was either an orphan, that no one intercedes for, or a girl from a large family. The victim was offered to the Dragon alive and then was a subject of a long and agonizing death.

How does it translate into the real-life KGB practices? KGB selects a ‘victim’ and makes him or her face an excruciating and impossible choice, then enjoys watching his handiwork. It is sort of a cat-and-mouse game when a cat plays with a mouse before killing it.

Too many organizations and individuals were put in the position of the «the most useless girl in the village», no need to write about all of them. However, I would like to mention two such cases.

Case number one is oligarch Yury Chizh and his vice, Evgeny Baskin[4].  Both were arrested by the KGB on the 22nd of March 2016 as they were attempting to escape from the country. Baskin was arrested in the airport as he was leaving for Russia; Chizh was stopped as he was driving towards the Belarus-Lithuania border speeding 220 km\h.

As we know, after the arrest warrant is issued it is impossible to escape. This is because before such a warrant is issued the KGB establishes a secret surveillance. For instance, materials of the criminal cases demonstrate that the candidates for the presidential elections in 2010 were under surveillance since august 2010 although their arrest followed only in December of the same year. Thus, an unprepared individual is very unlikely to escape once they are wanted by the KGB, unless it is a Hollywood blockbuster.

A scenario that they were warned by a compassionate KGB employee is highly unlikely as well. Such information would be obtained from the arrested person (the very same presidential candidates revealed a lot about how it is done); the provider of information would be severely punished. In that situation nobody was held accountable for the information leakage.

Then, who and why gave them this very short lived hope for an escape? That is rather simple: KGB itself did it as a part of their strategy because:

Case Two: independent journalist Dmitry Galko. Dmitry is known for his reports about the Donbass and the Russian military, he is banned from entering Russia and, by the way, Russia tried to lure him out to its side. Also he is the most famous journalist of “Belarussian partisan”[5] and many people believe that he is the editor of “Belarussian partisan” web site after the killing of Pavel Sheremet.

On his Facebook Dmitry shared a very detailed story of his uneasy relationship with his son from the first marriage; father was particularly happy to inform that he will be celebrating his son’s fifteenth Birthday together with his son’s friends. The post in Facebook at 25.11.2017 was the reason to be the next “the most useless girl in the village” for the Dragon. In the middle of this celebration a door bell was rang by the district police officer that followed by appearance of the special police squad. That caused panic in teenagers, some jumped out of the window. Two teenage boys got serious spine and leg injuries and had to be taken to the hospital.

This may look as an ordinary domestic trouble. However, a few things look suspicious.

To me this situation has a dragon trace: an agonizing choice of who is going to prison for 6 year, the father or the son was created for no apparent reason.

Moreover, how come that two oligarchs with all their connections, money, friends and influence did not manage to escape, but Galko managed? Not only he and his son escaped, they published a numerous photos of their trip on their social media, as well as multiple selfies with comments how they are making such a great escape. For anyone who was following Galko’s Facebook page their location was absolutely clear. Not for Dragon though? I doubt it. As the matter of fact going to Ukraine is not a real escape for Dmitry Galko. According to the immigration agreements, he has about a month of the legal stay in Ukraine right now; status of asylum seeker will not protect him from the Belarusian authorities. He cannot move to Russia after that as in Russia he will be arrested for his support of ATO that he expressed in his articles before. Seeking for political asylum in Europe is out of the question since the official chargers pressed against him are for assaulting a law-enforcer while drinking alcohol with teenagers. In sum, Dmitry will have to return to Belarus, so Dragon can wait, checking meanwhile Dragon’s channels of influence in Ukraine. After all, Dmitry is conveniently active on social media sharing his every step with the world.  However, this is less important and I want to talk about something else.

Three months ago, I wrote an analytical article on the topic “Why will Alexander Lukashenko never have a successor?”[8] where I mentioned that if Alexander Lukashenko does not change his concept of political leadership of the wolves pack leader, he will soon be replaced by a younger and a more aggressive wolf. Apparently, we are not the only ones who noticed this challenge for the Belarusian system of power; actually, the KGB became preoccupied with this problem and is frantically searching for possible solutions. It turns out that a whole Centre for System Analysis and Strategic Studies under the National Academy of Sciences was founded several years ago. The Centre deals with the studies of mythology, not in folklore domain, but in political science and collective consciousness, or rather, mythology as a form of organizing information and role of information in the collective consciousness. To be more precise – the place and role of social myths in the collective consciousness of Belarusians, first of all … the study of dragons. The staff of this Centre believes that the study of dragons will play an important role in shaping the Belarusian ideology and statehood. Who on earth Belarus’s ideology needs dragons!? It is curious though, is not it? They call “ideological construct” what the “Our House” calls the “political concept“, but it is all about the same thing.

So, proceeding from the published “ideological construct” of the “Dragon”, as Belarusian KGB defines themselves. 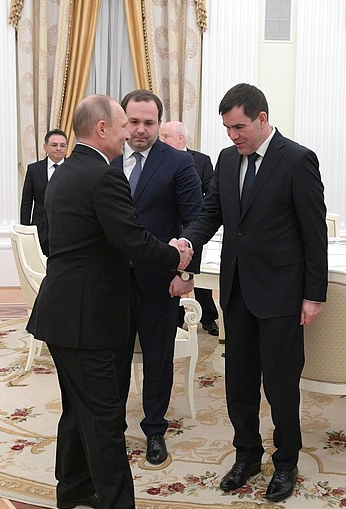 KGB is going out of the control of Alexander Lukashenko and stops being an instrument that allowed him to hold on to his political power. KGB has its own strategy and vision and ready to lead own game. Their next steps may include: a) setting the house on fire (revolution in Belarus); b) find themselves a lightening-woman to follow; transmitting the power to the new Master/ Mistress peacefully, c) other steps that are not clear yet.
We continue to closely monitor the course of events in the team of Lukashenko. Our next article will be devoted to the second influential man in the Lukashenko’s system – Vladimir Makei and the reasons of his strange ‘love’ of Europe.

P.S.
Please keep the attention that during 2017 the chief of KGB met Vladimir Putin three times personally and without Aleksandr Lukashenko and always they discussed the common work of secret enforces of CIS countries.
What does it mean? 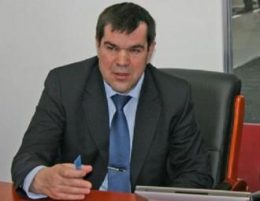