Due to recurring violations of women’s and children’s rights with reference to Decree number 18, the centre Our House decided to launch the campaign Niedietskoye Dielo (Non-Children‘s Case) in 2015.

Unfortunately, we must tell you about a new suicide, which was committed by Olga, a 32-year-old mother from the village of Buda (Gomel region). She did so because state bodies persistently harassed her thereby pushing her to suicide. This report has been prepared on the basis of the materials of the independent media (Radio Liberty, Belsat, and Belarusian Partisan). As we now see, the authorities have not stopped and continue violating the rights of Belarusian children and pushing women to suicide. 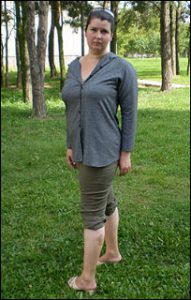 Government bodies‘ harassing women and pushing them to suicide is not a new problem in Belarus. The earliest known case of a suicide committed from the state harassment by a woman because of the persecution by state bodies occurred on March 7, 2009, when Yana Polyakova, a 36-year-old human rights defender from Soligorsk, committed suicide as she could no longer bear the harassment by state bodies. Because of her human rights activity, Yana was beaten by a police officer. As she tried to bring the officer to justice the police and the prosecutor’s office started harassing Yana and concocted a criminal case against her. As a result, Yana could not stand the persecution and hanged herself. Another tragic consequence was that Yana’s mother, unable to endure the suicide of her only daughter, lost her mind and died in a psychiatric clinic. Apart from this incident, attempts by state bodies at inducing women to suicide were unfortunately not a few.

In this case of Olga, the suicide of the woman was a result of:

(b) the abuse of Decree No. 18 “On complementary measures for State protection of children from families in difficulty”

(c) systemic violations of the rights of children.

On February 5, 2019, Olga, 32, from the village of Buda (Oktyabrsky District, Gomel Region) hanged herself because she could no longer withstand the threats of officials to remove her children and place them in an orphanage under Decree No. 18. Three boys have been orphaned: 3, 7 and 8 years old. At the moment, the children are looked after by their father and grandmother (the mother of the father), but they are in a very depressed state. They incessantly cry and ask: “Where is mum? Where is our mum?” The father does not know what to tell them.

The older children attended a school in Krasnaya Sloboda, a neighbouring village. The youngest, three year old, was at home with his mother. The family was registered at a SOP office (“SOP” – after Russian abbreviation means “socially dangerous situation”), despite the fact that there were neither alcoholics, nor criminals in the family, nor was there any domestic violence, nor did any other worrying incidents take place. Neighbours noted that Olga’s house was always clean, laundry regularly done, food prepared and that she was a good mother.

Local officials literally haunted Olga. The family was visited every week by officials from the rural council and firefighters: they would threaten the poor woman to take away her children and place them in an orphanage.

The reasons why the family was registered at a SOP office and why the officials threatened to remove children are the following:

A) family‘s poverty: the family lived off the salary of the husband who worked as a livestock breeder and earned 400 rubles, which is about 180 euros;

B) the old house, not repaired for a long time. The wooden house in which the family has lived is quite old. Olga inherited it from her mother. Igor and Olga could not afford to buy a new house. The widower says that they asked the district executive committee to help them with housing, but the answer was: “Where will we get it for you? Look for on your own”. A remark from Our House: the house of Olga and Igor is quite typical for Belarusian villages, 98% of villagers live in similar houses.

C) Olga was not employed. Officials wanted Olga to work as a milkmaid, but the woman was afraid to leave her little children, one of them just 3 years old, alone at home. And there is no infrastructure in the village to have someone look after the children. In addition, milkmaids in Belarus earn very little (100-150-200 rubles), i.e. the woman would have worked from 4 or 5 am full-time, but at the same time the family would not have benefitted in economical terms.

This is the house of Olga and Igor

D) the poor sanitation, according to officials. Igor, a widower, describes the situation this way: “That there was a mess in the house – you know, they are children. They scatter toys everywhere, make a noise. Olga cleaned the house. But when people from district executive committee came they picked on everything. The main idea was to force her to go to work. But she was afraid to leave the little ones alone at home. After all, they might set a fire, God forbid! Besides, where could she work? Only as a milkmaid. Which means leaving the house for an entire day. I‘m at work all day, she’d have to be at work all day. Should anything happened to the children, [officials] would have said that we were guilty, because we abandoned the children.”

In the end, officials forced Olga to work as a milkmaid, and on the 1st of February she went to work. On the 4th of February her superior bawled out at her at work and threatened to fire. On the same day (February 4), a commission was to arrive and check Olga’s living conditions, but eventually it did not come.

As a result, the woman could no longer endure all the threats to take away her children, the pressure and harassment from state bodies and she committed suicide. At the moment, the Investigation Committee is conducting an investigation on the fact of her suicide.

At the same time officials are now threatening Olga’s sister who told about how state bodies had harassed Olga. By doing so she allegedly “slandered” the authorities. 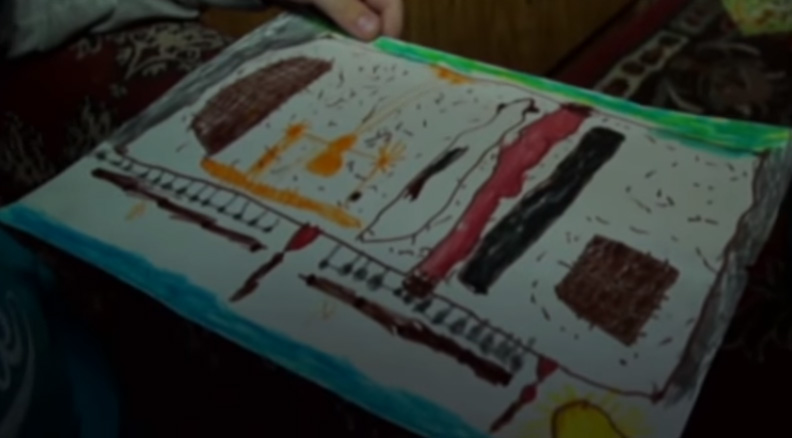 The drawing of Olga’s son, which she will never see 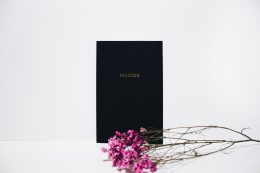