This document continues the story of the repressions against women activists and journalists in Belarus during the first half of 2018 started in the previous report. The second part gives an account of pressure on active women by the state, through depriving activists of jobs (or threats to do so) and, thus, undermining their economic and emotional well-being.

In our previous report we stated that during the first six months of 2018 at least seventy eight women were subjected to state induced pressure.

Five of the women were exposed to pressure through compromising their employment and threatening their livelihood – this to punish them for practicing their freedom of expression and for fighting for their lawful rights and interests. These women included (but most likely were not limited to): 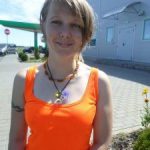 Photo is taken from Anna’s personal page on social network

Anna was an art-director of a street theatre in Minsk called “Vir”. Anna and her theatre were going to perform during the Independence Day in Minsk on the 25th of March 2018. The day before the Independence Day Anna was informed that if she was not going to abandon the idea of her theatre participation “certain measures”, up to dismissal if need be, would be taken against her. The theatre “Vіr” did take place. Next day an official complaint was filed against Anna for “offensive language” used in an e-mail to Alena Lipen, the director of the education centre “Contact”, where the theatre was based. Anna was asked to look for another place for her theatre.[1] After several months, on the 5th of June, Anna had to hand in her notice. 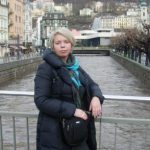 Photo is taken from Tatiana’s personal page on social network

Tatiana worked as a neurologist at the Brest Central City Hospital since 2002. On the 29th of April 2018 Tatiana took part in a rally, sanctioned by the authorities, called “Women residents of Brest against the [radioactive] lead”, where participants wanted to discuss the construction of a new factory producing batteries and accumulators. At the rally she delivered a speech where she questioned the local authority’s statement about “negligible impact” of the radioactive lead produced by the factory on the environment, animals and humans. She also stated that the state officials ignored the voices of more than 38,000 people opposed to the construction of the plant near Brest and called this plant construction “a time-bomb, an ecological catastrophe” for the residents of the city and its suburbs.

The day after the rally Fesikova was contacted by her employee and informed her that on May 1 she would not go on duty. Although Tatiana’s colleagues allege that there were no complaints about her work,[2] on the 2nd of May the chief doctor of the hospital told Fesikova that she was being fired. On the 4th of May she was officially fired.

On the 27th of June 2018 Tatiana contested in court the decision of the Brest Central City Hospital on her dismissal; the claim was left unsatisfied by the court.[3] 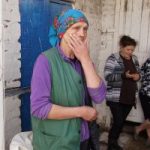 Both women, Tatiana and Anna, were milkmaids employed by an agricultural enterprise named “Krivsk”. On the 25th of May 2018 the workers of this enterprise were outraged by what they perceived as “repressive” dismissal of their colleagues.[4] 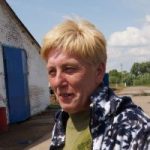 The standoff began several years ago, when several milkmaids and an artificial insemination operator started complaining about several issues with implementation of their rights to their manager and then to higher authorities, reaching at last the Ministry of Agriculture and Food.[5] The issues they brought up included:  impossibility to privatize houses at reasonable prices in the village of Krivsk, the absence of wages for working on day-offs and holidays, no bonuses, no material support, inadequate working conditions and other violations of law. That caused changes in management of the enterprise. However the new manager, Alexander Leichonok, instead of fixing the issues decided to fix the complainers by the means of dismissal of the “trouble-makers”.

In particular Tatiana Semenova and Anna Krasnikova were fired. According to Tatiana’s account, at first she was pressured by endless checks and when it did not have an effect she was forced to hand in her resignation notice. Tatiana’s daughter was also affected by her mother’s human rights struggle: the daughter worked at the same enterprise as an economist and was fired shortly after her mother’s forced resignation. 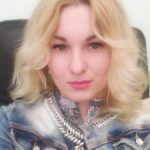 Photo is taken from Tatiana’s personal page on social network

Olga is a single mother of a child with disability; she is also an employee of “Grodnopromstroy”. In February 2016 upon her request she was explained by the accounting department of “Grodnopromstroy” what welfare benefits she could rely on given her situation. Negligently they failed to mention that by law she was entitled to monthly welfare benefits. She accidentally found out only in December 2017; by then it was 20 month worth of missed payment. Olga brought this issue up with the management and was not only denied the payment but also immediately threatened with losing her job. The representative of the trade union of the enterprise, where she applied for help and protection, suggested going to Church instead of taking any legal action, pray, and forgive her employee.

Olga Makarevich appealed to the court of Oktiabrsky district of Grodno, where witnesses from the personnel department publicly confirmed the fact that the woman was not properly informed about the stipulated state aid. However, after 8 sessions, the court still ruled against Olga.[6]

Using job security and precarious economic situation in the country in order to make activists docile is not a new phenomenon in Belarus and was employed for a while now. We collect this information to present our findings in our future reports. One thing is obvious and worrying: today already a number of activists, both men and women, are pushed into poverty to break their will, punish them for disagreement, and teach others a lesson: everyone will pay for their dissent, literally. 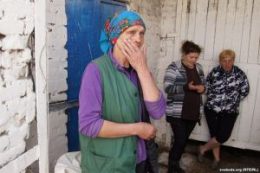