This report continues the story of the repressions against socially and politically active women in Belarus during the first half of 2018 started in the previous reports (Part 1 and Part 2). In this part we shall give an account of several women that were confined to psychiatric institutions with a purpose to silence them as activists. We already brought up to your attention some instances of political abuse of psychiatry as a way to repress women activists (Report “Political Abuse of Psychiatry and Violation of the Rights of Women in Belarus”), and shall demonstrate that over the course of several years not only this kind of repression did not die out but is being widely used. It is important to note that in this document we provide only an account of events that took place during the reported period. For many women here it was a continuation of their stories from before (we shall make public all the stories that happened earlier in a due course); for some women 2018 was just the beginning in this respect. Thus this paper is both an account of repressions and of the struggle against them. 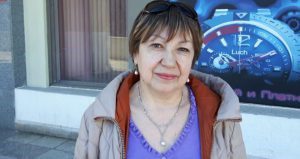 First days of the new year of 2018 Galina had to spend in a mental health institution. The story started some time ago: after she participated in a protest rally of entrepreneurs in Minsk her neighbour, with whom they had a conflict regarding the housing issues, reported her to the police. Galina was put on trial for taking part in this protest. By this time she was also involved in court cases regarding the violation of some of her other rights; some cases she won, some lost, some of these cases were in the appeal. As a result she had several fines accumulated, which she could not pay or would not need to pay should she win the appeal. Despite her appeals, the bailiffs started to came to conduct an inventory of her property. During one of such visits, knowing that what the state representatives were doing was illegal and wanting to scare then away, she wrote a note. The note stated that if she would fail to withstand such pressure and kill herself that these people should be held accountable for her death. The civil servants were not scared away but instead called an ambulance and accused Galina of trying to suicide herself. In Belarus the life of an individual belongs to the state, apparently, and thus Galina was taken to the mental health institution to be prevented from doing any harm to the state property, that is, herself. There she was held for ten days, without any other reason that this note.[1] Tatiana Voitovich, an activist of Belarusian Christian Democracy Party and a nurse from Novogrudok, was taken to a “psychiatric hospital in Grodno” where she spent several weeks in autumn of 2017. This is despite the fact that in January 2017 the medical advisory board of the Grodno Regional Clinical Centre of Psychiatry-Neurology officially stated that there were no issues with her mental health. The woman has been subjected to psychiatric repression because of her personal conflict with the chief doctor of the Novogrudok hospital, as well as numerous statements against corruption offences of the authorities of the hospital and the city. In addition, she expressed a desire to put forward her candidacy for the local council during the elections 2018.[2]

On the 2nd of February of 2018 Tatiana filed a complaint and instituted judicial proceedings against putting her on list of “mentally disordered” individuals.

On the 26th of May in 2018 according to the results of the inspection, the Prosecutor General’s Office of the country found out that Tatiana Voitovich “was forcibly confined to a psychiatric facility”. This action was illegal and violated her rights, and, therefore, all officials who committed unlawful actions should be penalised. 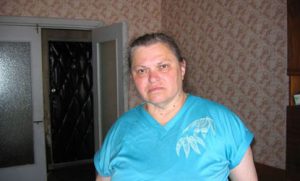 We have written about Ekaterina and the story of repressions against her in our report # 11. One of the first political prisoners in Belarus, she also was subjected to confinement to mental health institution. Ever since then Ekaterina was helping other women facing similar repressions. For instance she was instrumental to prove repressions against Tatiana Voitovich and take the latter off the list of persons with mental disorders. After publishing an opinion piece on political abuse of psychiatry in Belarus on her social media, on the 3rd of April 2018 a search in her flat was conducted by the police; her computer was confiscated.[3] 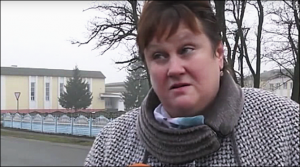 An activist, an independent candidate for the local elections, Roza Strelchenko from Kaplichi (Kalinkovichi district, Gomel region) has won the local elections in February 2018. On the 20th of February she received a call from an unknown to her person who congratulated her with the victory and immediately promised Roza that she will be placed to a psychiatric hospital. The newly elected deputy claims that she was called from one of the phone numbers of the Gomel regional executive committee. Since 2016, Roza together with some other parents, are fighting for a school to be re-opened in her native Kaplichi. She repeatedly appealed to the Kalinkovichi officials to initiate the allocation of funds for construction, but to no avail. Instead the activist started receiving text messages with threats including the treat to be forcibly placed to a mental health institution.[4] Police proved to be useless to track down the offenders. 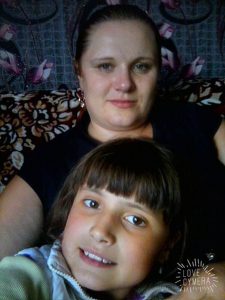 An activist of “Our House”, on the New Year’s Eve in 2012 Olesia was beaten by police officers, taken to the police station and tortured there. The woman tried to restore justice, to silence Olesia the officials confined her to a psychiatric hospital where she was misdiagnosed. On the basis of this diagnosis her daughter was taken away from her and place in adoptive families for about eight months. Later she proved through an independent expertise that the diagnosis was false.

Thanks to unprecedented efforts of the “Our House” to help the family, public resonance and assistance of different human rights defenders, the Olesia’s daughter was returned to her family. On the 2nd of March, Olesia filed a lawsuit for compensation for moral harm caused by her daughter being separated from mother for eight months because of Olesia being illegally and purposefully misdiagnosed. This court hearing took place on the 12th of April, 2018. On the 7th of May, 2018 the Molodechno District Court in its verdict rejected all lawsuits of Olesia Sadovskaya, including recognition of her being tortured by the police, administrative abuse of psychiatry by the officials, illegal separation of the mother and child; no compensation was awarded to her.[5] On the 15th of June, 2018, Olesia appealed this decision. She and her lawyer were informed that the date of the hearing cannot be announced but most likely will not be soon. On the same date the case was closed. Olesia and her lawyer were not informed about that and only by chance found out; Olesia decided to appeal this decision further.[6] 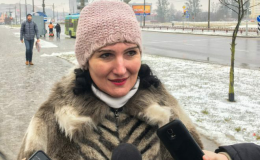