on violations of juvenile rights

(17 years old at the time of arrest, Mogilev) 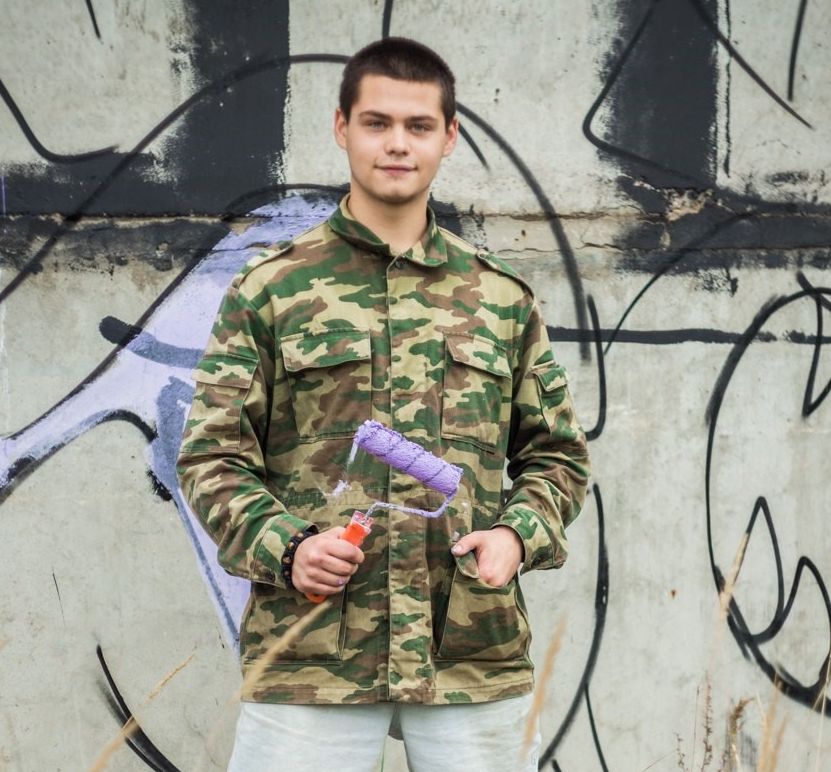 On February 9, 2016, on the territory of MSMBK (Mogilev State Machine-Building College), during classes, student Shavrienko was poisoned with a psychotropic substance and he has come into attention of the anti-narcotics department. It is known that the report was not filed and medical expertise was not made, as well as the fact that Shavrienko has changed his testimony several times. During the incident, his childhood friend and classmate Mamyko was nearby.

The director of the MSMBK informed the law enforcement agencies that it is possible that Grigory Korotkevich was distributing drugs. The director did not inform the legal representatives of the minor. An underage classmate (and friend of Shavrienko) Mamyko, who appears in the case under the pseudonym “Belov”, was involved in the operational search activities.

On February 24, 2016, he persuaded Grigory Korotkevich to jointly purchase a narcotic substance from his friend. Covert video recording equipment was installed on him, the use of which was not sanctioned by the prosecutor. There is no date or time on the record, it suddenly breaks off, making it clear that further there could be a refuting part that was cut out. Even before the expertise, the agent called the substance in the bags especially dangerous, the expertise took place a week after the seizure, no prints and sweat-fat traces suitable for genetic examination were found on the bags!

From the moment of the “test purchase” to the moment of detention (3 months!), repeated attempts have been made to provoke the minor Grigory Korotkevich to make a second episode. On May 19, 2016, a criminal case was initiated against the minor Grigory Korotkevich under Part 3 of Art. 328 of the Criminal Code of the Republic of Belarus (hereinafter referred to as the Criminal Code of the Republic of Belarus) and was arrested in the period of the final college exams. In the morning the police officers came to his home and, having put on handcuffs, took  him away. From May 19 to September 12 (almost 4 months) he was in jail awaiting trial.

Chapter 2. Violations of the rights of a minor in criminal proceedings:

2.1In the conduct of police operation (test purchase), a minor “Belov” was involved, while he was well known to minor Korotkevich Grigory and a friend of Shavrienko, was not an uninterested person. That means that police operation carried out against Korotkevich Grigory was provocative. There are also big doubts that the legal representatives of “Belov” were informed about the participation of their minor son in police operation and gave their consent to such an event. Mamyko-“Belov”, despite the defense motion, was never invited to the trial as a witness and did not give testimony.

2.2 Unjustified application of a preventive measure

On May 20, 2016, a detention order was issued to the accused minor. He was detained on May 19, 2016, after 3 months of repeated provocations to commit another crime. His parents were not informed. This decision was made only due to the fact that the minor was accused of committing a crime under Part 3 of Art. 328 of the Criminal Code of the Republic of Belarus, for which the law provides for punishment in the form of imprisonment for a term of more than two years, that is, only on the basis of the severity of the imputed crime. The conclusion of the investigation that the minor Korotkevich Grigory can hide from the criminal prosecution authorities and the court was made without any grounds.

Under Rule 13 of the UN Standard Minimum Rules for the Administration of Juvenile Justice (Beijing Rules), pretrial detention should only be used as a last resort.

Pre-trial detention is replaced where possible by other alternative measures, such as constant supervision, active educational work, or placement with a family or an educational institution or home.

2.3 Rights of a minor in custody

On the day of his arrest, the minor was interrogated without a lawyer, legal representatives and a social teacher. The examination of the suspect’s blood and urine was also carried out without a legal representative. Torture was used. At the time of his imprisonment, he had only basic education – 9 classes, studied at the “Mogilev State Machine-Building Vocational and Technical College.” Due to his detention, he could not continue his studies.

According to the 13 Beijing Rule, juveniles must be provided with care, protection and all necessary individual assistance – social, psychological, medical, physical, as well as educational and vocational assistance during detention.

Neither the investigation nor the court obtained any objective evidence that unconditionally confirms the guilt of Grigory Korotkevich. The testimony of the accused himself was not taken into account by the court, but was not refuted either.

The court’s verdict is based on the testimony of the police officers.

Under Beijing Rule 14, if a juvenile offender has not been dismissed (under Rule 11), she or he is dealt with by a competent authority (court, tribunal, council, commission, etc.) in accordance with the principles of a fair and impartial trial.

The trial must be in the interests of the minor and be carried out in an atmosphere of understanding that will allow the minor to participate in it and freely express his / her point of view.

2.5 Judgment and choice of remedies

Korotkevich Grigory was assigned an extremely harsh criminal penalty for committing a crime as a minor, which, according to Art. 12 of the Criminal Code of the Republic of Belarus refers to especially grave crimes. At the same time, no aggravating circumstances have been established, the minor himself is characterized positively.

There is no other appropriate measure of influence in the criminal legislation of the Republic of Belarus. All of the above is evidence of punitive juvenile justice.

According to Beijing Rule 5, the juvenile justice system is primarily aimed at ensuring the well-being of the juvenile and ensuring that any interventions against juvenile offenders are always commensurate with both the personality of the offender and the circumstances of the offense.

According to paragraph a of Rule 17.1 of the Beijing Rules, the measures of influence must always be commensurate not only with the circumstances and severity of the offense, but also with the situation and needs of the minor, as well as with the needs of society.

Rule 17.1 (b) of the Beijing Rules states that a purely punitive approach is unacceptable. Whereas in adult cases, and perhaps also in serious juvenile delinquency, well-deserved punishment and punitive sanctions can be considered to be reasonable to some extent, in juvenile cases such considerations should always prevail over the welfare and future of young people.

By a court verdict, minor Grigory Korotkevich was sentenced to imprisonment for a period of 9 years and 6 months. We believe that Part 3 of Art. 328 of the Criminal Code, the juvenile was imputed unlawful, the imposed punishment does not correspond to the goals of criminal liability.

During the investigation of the criminal case, the rights of a minor were violated, the UN Minimum Standard Rules for the Administration of Juvenile Justice (Beijing Rules) were ignored:

– the underage “Belov” was involved in the conduct of police operations (test purchase), although the situation allowed for the participation of an adult, without involving persons under the age of 18. There are no requirements in the legislation for formalizing the voluntary participation of a minor in police operations, and, therefore, with such involvement, the consent of the legal representatives of the minor is not required.

– during the consideration of the case in court, the testimony of the accused himself was not taken into account by the court;

Situation with the Belarusian army: Chronology of events after announcement of mobilization in Russia

On November, 19, 2022, the Defense Minister of the Republic of Belarus, Viktor Khrenin, made a statement: «We are not planning to get involved in any conflicts.» On that day he was visiting...