Minor age (17 years old at the time of arrest) 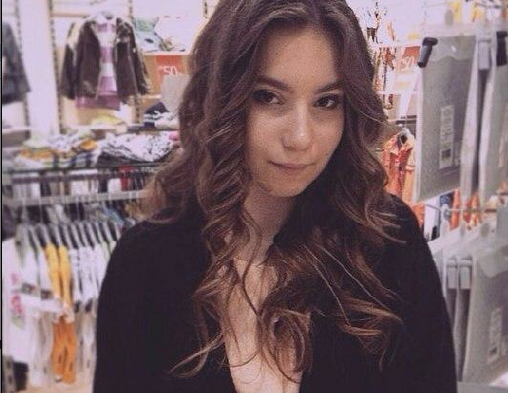 After graduating from the 9th grade, Valeria entered the technological college (Minsk, Krasnaya st.), Studied for 1.5 years, but took the documents from there, because she realized that shew did not have the heart for this profession. She planned to go to the Humanitarian university in 2018 and was looking for a job while waiting the exams.

She was familiar with Vladislav Sharkovsky, who told her that he had found a part-time job with a high income and she began to help him. Together, Valeria and Vlad became couriers for the contactless delivery of “legal aroma mixes and smoking mixtures” – such a description was in the job advertisement. Two minors did not know about the existence of an organized drug-selling group. Drugs were not sold, the court did not prove that drugs were sold to anyone.

The police learned about Valeria from the explanations and telephone correspondence of Vladislav, who had been detained several hours earlier.

She was sentenced on 9/4/2018 under part 4 of article 328 of the Criminal Code of the Republic of Belarus to imprisonment for a term of 10 years with serving a sentence in a penal colony of general regime.

The main violations in the criminal procedure:

The experts’ conclusion: in our opinion, part 4 of Article 328 of the Criminal Code of the Republic of Belarus has been illegally applied against Valeria Kupchenya and has an obvious punitive orientation.

Violations of the Criminal Procedure Code:

Article 328 Note. A person who voluntarily gave narcotic drugs, psychotropic substances, their precursors or analogues and actively contributed to the identification or suppression of a crime related to the illegal circulation of these funds, substances, the exposure of the persons who committed them, the discovery of property obtained by criminal means, is released from criminal liability for this a crime.

On the basis of clause 12 of the Plenum of the Supreme Court of the Republic of Belarus dated March 26, 2003 No. 1, that the actions of an accused who have committed illegal trafficking in narcotic drugs, psychotropic substances, precursors and analogues without the purpose of selling are subject to qualification under Part 1 of Art. 328 of the Criminal Code of the Republic of Belarus

Arrests, fines, dismissals and inability to find work in their profession – the repression of teachers and educators continues. As a result, children suffer as well – the quality of education declines. Belarusian...