Orphans in prisons are even more powerless than ordinary prisoners. There is no one to stand up for them, they have no relatives who will bring the package, write a letter and send money. And no one fights for them, and certainly the status of an orphan is not mitigating. We will tell you more about the situation with orphans sentenced under Article 328 in Belarusian prisons. 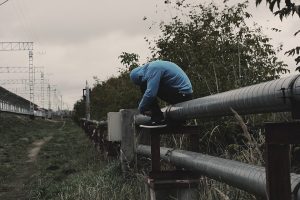 Orphans are persons under 18 years of age who have lost both or their only parent; Children without parental care – persons under 18 years of age who have been left without the care of their only or both parents because their parents were deprived of parental rights, taken away from them without deprivation of parental rights, declared legally incompetent, partially or permanently absent, declared dead, wanted or in detention facilities, or because their parents are ill, Parental consent to adoption, parents’ separation from their children, parents serving a sentence in an institution for the enforcement of sentences involving arrest, restriction of liberty or deprivation of liberty, parents leaving them in health-care facilities, parents’ consent to the adoption of children, and parents living separately with their children, and parents found abandoned, and in other cases where they have no parental care.

These are children with a terrible fate, a crippled psyche and, often, children burdened with various ailments and health problems associated with genetic and hereditary factors. This is a category of citizens that requires special attention and protection.

Problems of orphans-328 in prisons in Belarus

Unfortunately, all problems that concern children-328 also apply to orphans convicted under Art.328 of the Criminal Code of the Republic of Belarus.

Based on the foregoing, we, as the mothers of the Children-328 initiative of “Nash Dom”, demand:

Provide material support to orphans released from places of imprisonment, within the framework of the program of re-socialization of convicts.