Currently, there is a system in use in Belarus’s prisons that ‘marks’ prisoners with coloured labels. This practise is designed to easily identify certain individuals among the mass of prisoners and often leads (and probably is meant to) to stigmatization and discrimination of certain groups in the prison population. This colouring especially affects the “children-328”: the minors convicted for the first time of offences under “anti-drug” article 328 of the Criminal Code of Belarus. This category of prisoners is tagged with labels of green colour. The teenagers sentenced to prison under article 328 for the first time are the subjects to discrimination in prisons, biased attitude and the increased risk of additional punishment.

We would like to emphasize that the practice of colour marking is not all-inclusive and is being used on/ against only specific groups of individuals. For example, individuals convicted of the first degree violent felonies are spared of any kind of such colour-tagging. Serial killers, rapists, corrupt officials and other prisoners are not marked in any way.

The Department of the Execution of Court Sentences in Minsk and the Minsk Region admitted in its letter No. 89/5/G-5 dated Jul 23, 2019, that at the moment they use three colours for tagging three groups of prisoners:

The teenagers and young people convicted of non-violent felonies for 8-15 years under articles related to the illegal trafficking of narcotic drugs, psychotropic substances, their precursors and analogues are tagged with green labels. This is the category of prisoners ‘328’. There already exist separate units in prisons consisting only of such prisoners.

Anarchists and anti-fascists, which are persecuted by the KGB and special departments of General Directorate for Combating Organized Crime and Corruption, are marked in yellow. A yellow tag means that the person is “inclined to extremism” and implies that the prison administration must pay special attention at them. In practice it means that these people must always be in the forefront at inspections, receive letters containing solely everyday life information and obey to any order of the administration; otherwise the person is deprived of phone calls, meetings, parcels or being given additional punishment.

The prisoners who, in the opinion of the prison administration, are inclined to escape are marked in red.

There are also white tags that are given to all other prisoners.

Interestingly, in another letter No.29/1-5/Ж-8461 dated November 21, 2017, the Ministry of Internal Affairs attempted to deny the practice of colour marking of prisoners and explained that there is no such practice as colour labelling of prisoners whatsoever and the colour tags received by the prisoners is random. This is not true, because children-328 never received a yellow or a white (“neutral”) tag; they always have green ones.

Visual separation of the prison based on differently coloured tags leads to discrimination and unequal conditions for the prisoners. The colour-tagged individuals receive closer attention from other inmates and the prison authorities and thus are always at a higher risk of having additional punishment: deprivation of visits and parcels from relatives, lower chances for a conditional release, deprivation of smoking, and access to personal belongings apart from the most necessary ones, etc.

We would like to draw attention to the fact that discrimination with colour tagging is a gross violation of human rights in the Belarusian prisons.

In the photo all prisoners with “green label” are convicted under the article 328 CC. 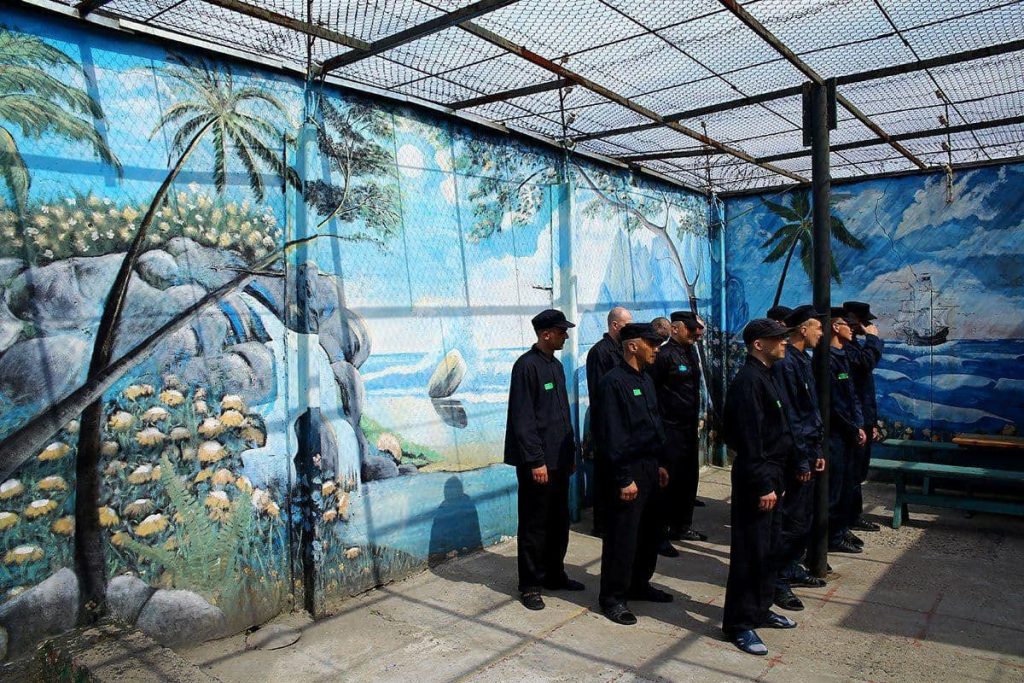