In 2006, Belarus adopted the famous Decree No. 18 “On Additional Measures for State Protection of Children in Dysfunctional Families”. According to this decree, the authorities must ensure the protection of the rights of children from families in difficult life situations. In reality, however, this has untied the hands of the authorities. Children were taken away for their parents’ debts on utility bills, for their civic attitude, for taking part in rallies, for serving time in temporary detention facilities. ICCI “Nash Dom” has launched a special campaign dedicated to the protection of little Belarusians. 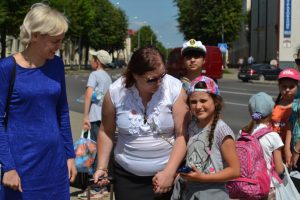 In 2016, Olga Karach personally supported Olesya Sadovskaya, an activist from Molodechno, whose 8-year-old daughter was taken from her for her active position. It all started with the fact that on January 1, 2012, police officers refused Olesya to initiate proceedings for the theft of her mobile phone and began to mock her. For far-fetched reasons, the woman’s child was taken away, and then she was sentenced to 2.5 years of restriction of freedom for resisting police officers. The activists of the ICCI “Nash Dom” drew up a petition for the resignation of an official of the regional executive committee, who initiated the removal of 8-year-old Katya from the family, and also attended the trials of Olesya.[1] 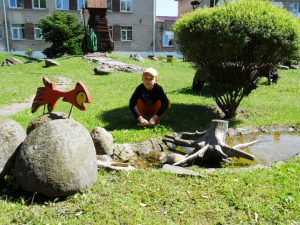 In the same year, “Nash Dom” defended Natalia Kostyuchenko from the Uzdensky district. A woman rented a room to a young man, but he stopped paying, and one day he returned home drunk and the next morning announced that he had lost 50 dollars. The police forced Natalya to sign a confession that she had stolen money from a neighbor. She refused, and then they began to threaten her with the removal of Arthur’s son from the family. Natalya provided evidence of her innocence, but the police, although they let her go, kept close attention. The guardianship authorities began raiding the woman’s house.[2] 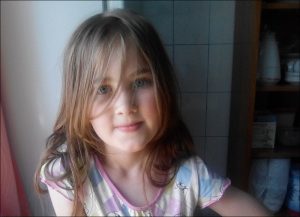 In 2017, thanks to the efforts of “Nash Dom” activists, it was possible to return eight-year-old Elvira Mironova to her mother. She was in an orphanage for four months, where she was placed because of her parents’ civic-mindedness. When the girl went to school, her mother noted a number of violations: the toilets lacked seats, toilet paper, and there was no drinking water for the children. The family demanded that the problems be eliminated. Eventually the child welfare services became interested and decided that the child could not live with the parents. International structures intervened in the case, and after the uproar, the girl was able to return home.[3]

Also in 2017, activists supported Valentina Buslaeva, a mother of five children from the Kopyl region, whose family was placed in the SDS. The reason is the lack of repairs in the house and the low average score (about 6) of schoolchildren. The woman worked for a local farm, which provided her with a house and utilities on its balance sheet. However, one of the debts – for water – was hanged on Valentina. No copies of the documents were provided to the mother.[4]

In 2018, human rights defenders of “Nash Dom” attended a reception with the Minister of Justice, Oleg Slizhevsky. The topic of the visit was, among other things, putting families in a socially dangerous position. At the meeting, the controversial point of the resolution of the Council of Ministers was discussed, according to which citizens are issued copies of documents affecting their rights and interests, except for documents related to the correspondence of state bodies. The activists said that the families who are put on the SDS are not given documents, and they do not even know what they need to correct. And they clarified: there are also known situations when acts of inspection of premises are drawn up without visiting families. As a result of the meeting, a written response from the Minister of Justice was sent to human rights defenders – the problems were recognized as significant, and the shortcomings in the legislation should be eliminated.[5] 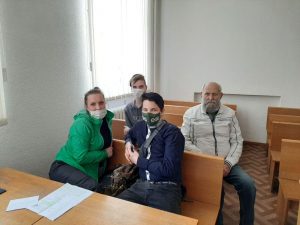 In 2020, “Nash Dom” took up the issue of the underage Gleb Gunko, who was taken to an orphanage because of his stepfather’s encroachments on his and his mother’s housing. Gleb and his brother spent six months in an orphanage. The boys’ stepfather resorted to the help of the state, hoping to take the apartment in which Gleb lived with his brother and their mother. The story of the apartment continues to unfold. At the first meeting, the positions of the parties were heard. Gleb was supported by activists and human rights defenders of “Our House”.[6]

The abuse of children and their parents continues to this day. Decree No. 18 was used to frighten Vitalia Naumik, the wife of Vladimir Naumik, who was detained in the “Tikhanovsky case”. Vitalia was visited by staff from the kindergarten where her 5-year-old daughter attends. They said that a message had been received and the commission needed to check the living conditions of the child. The anonymous letter said that the family’s house had cigarette butts and a mess.[7] 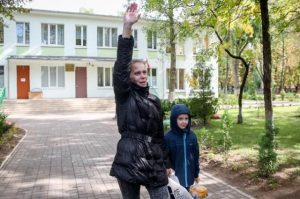 On September 17, an activist of the “European Belarus” Elena Lazarchik was detained. Her son, a first-grader Artyom, was taken to an orphanage on the same day, based on decree No. 18. The next day, people gathered near the shelter. The guardianship authorities said that Elena must collect documents in order to take Artyom home, but under pressure from public opinion, the boy was returned to his mother.[8]

On March 10, 2021, “Nash Dom” talked about the Ovchinnikov family, which has been living in Russia since October, but all this time they have been trying to take away their 10-year-old son from Father Vasily. The reason is that the father hinders education. In fact, the boy is studying remotely at a school in Moscow. And the probable reason is that in this way the commission wants to establish the whereabouts of Vasily, because he witnessed falsifications in the 2020 elections, and also photographed his son with Sergei Tikhanovsky.[9]

Starting the campaign “Not a child’s business”, “Nash Dom” demanded that the authorities stop forcibly children from families without trial, punish officials for unjustified removal of a child, stop persecution of mothers of underage children for their civil position, ensure parental rights of people with disabilities and make appropriate changes to the Constitution and laws. In addition, “Nash Dom” proposed to improve the system of financing social services for families in difficult circumstances; to make a maintenance agreement for minor children a prerequisite for spouses’ divorce; and to provide for joint custody of children after divorce.

A number of rules were envisaged to protect the rights of orphans and children left without parental care. The legislation regarding orphans should be improved, and it should include such forms of family arrangement as foster care and a guest family. Also, “Nash Dom” recommended the development of family forms of placement of orphans, children left without parental care, in order to close the orphanages as much as possible.

The rules proposed by the activists of “Nash Dom” exclude the exploitation of child labor, the involvement of minors in investigative activities, violations of children’s rights in the pre-trial stages.[10]

Instead of following the recommendations and correcting shortcomings in the legislation, the authorities use children as a lever of pressure on parents with an active position in the hope that in this way it will be possible to reduce the number of protesters in the country. As a result, children from a cozy parental home risk getting into the casemates of shelters with the appropriate attitude. How this will affect their psyche is anyone’s guess.