Helping young people and families with many children is the pride of Lukashenko’s policy fans. Preferential flats, free meals, interest groups and activities – you can’t get that in Europe, they say. Meanwhile, in the face of repression, everyone is the same – entire families have not been spared. For their active civic stance, the parents were imprisoned, put in the SDS, and the children were taken away. On International Family Day, we talk about how “Our House” helped the destroyed cells of society. 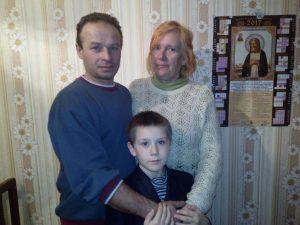 In 2018, activists were behind the withdrawal of the Buslaevs, a family with many children, from the SDS. A mother of five children from the agricultural town Zhilikhovo of the Kopyl region, working at an agricultural enterprise, received a house with bare walls for use. Social services took an interest in the family because of the peeling wallpaper and the children’s poor grades at school. Valentina (the mother) was injured at work, the farm management pinned debts for utility bills on her, and in December 2017 the riot police came to the Buslaevs’ house. “Our House” was closely involved in the history of the family – as a result, Valentina was paid money for treatment, and at the council the family was taken off SDS.[1]

In the same year, “Our House” helped a resident of Slavgorod, Aleksandr Krainikov, to issue a passport, which he was refused to do because his mother was a foreigner, which means he too (so what, was he born in Belarus?). The situation was aggravated by the fact that Alexander’s one-year-old daughter was taken away – the girl’s mother died, but she was not given to her father, since he did not have a document.[2] 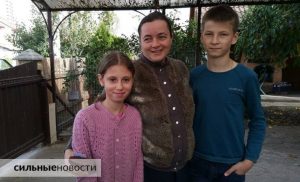 In 2020, “Our House” supported the Snezhkov family with many children from Gomel. Herman, the head of the family, was prosecuted, his wife and mother of four, Natalia, was also thrown into custody, the eldest daughter was harassed and the youngest was taken to an orphanage. When the police drew up a report on Natalya, they swore and cursed at the protesters, and then searched Snezhkov’s home arbitrarily, without documents. The family eventually had to flee the repression. In Lithuania, “Our House” provided comprehensive assistance to the family – the family received legal protection and material assistance with housing costs during the period of self-isolation in the new location.[3]

In December, the family of “WRW-bride” Inna Zaitseva from the village of Sokol near Minsk was forced to leave. Her husband Andrei served administrative arrest for a white-red-white flag in front of the house, while Inna and the two children left for Ukraine, as the boys were threatened with being taken to an orphanage for Inna’s activism. For going to actions in a white dress with a red stripe, the girl got 5,675 rubles in fines. Half of the amount was able to be repaid by “Our House”.[4]

In February 2021, a troupe of actors from two Grodno theaters arrived in Vilnius under the patronage of the ICCI “Our House”. There are several families among them. The activists were faced with the task of not only attracting stage actors to the cultural life of Lithuania, but also providing comfortable conditions. ICCI “Our House” and the public association “Dapamoga” provided each of them with accommodation during quarantine, food baskets, communication, found comfortable housing, considering the needs of families, children were placed in schools. 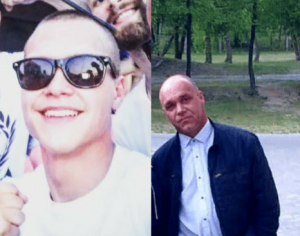 On March 10, in Brest, a verdict was passed on father and son Vitaly and Egor Prokopchuk. At large, their wife and mother Svetlana are waiting for them. The police came for son Yegor as early as 19 August – he was allegedly at the Brest riots on 10 August. The law enforcers then asked Vitaly, the boy’s father, to go to the police station, and in the middle of the day they detained him too. Since then, they were in jail, both were given four years in a maximum-security colony for participating in the riots. “Our House” helped the woman pay for a lawyer for her loved ones.[5]

The family of Kristina Kashitskaya from Zhlobin – she, her husband and three children – were also forced to leave Belarus due to repressions. Even before the election, when she was an independent election observer, she was threatened by the headmistress of the school where the polling station was located with the taking away by the state of her children. Complaints to the prosecutor’s office ended with formal replies from the chairman of the Zhlobin district commission. After the elections, Kristina created a chat room to help victims of protests. Later, she was convicted under Article 23.34 of the Administrative Code, taken from her home early in the morning. In October, her husband was detained. On the same day, law enforcement officers came to the flat and tried to open the toilet door where Christina was hiding with knives. The police threatened to plant drugs on her. The next day, the family left for Lithuania, where they received help from the organization “Dapamoga” and ICCI “Our House”.[6] 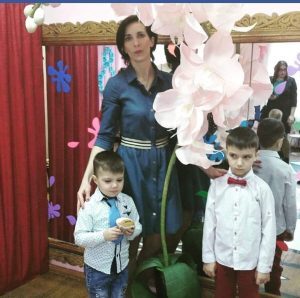 In the spring of 2021, “Our House” supported the family of activist from Kobrin Maria Zhuk, who received a fine of 100 basic units for decorating the park with national symbols. In April representatives of social services came to her home to inspect the accommodation and wondered whether the three children had everything in the four-room flat. They said they would send enquiries to the housing authorities, the children’s clinic, the police department, to see if Maria was registered as a drug addict.[7] 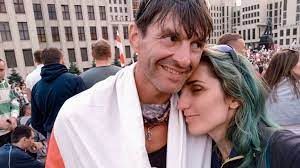 Repression separated the spouses Anton Bykovsky and Daria Elfimova. They lived in the village, kept a farm, a dog kennel, Anton trained young judokas. After the election, he joined one of the Telegram chats where unknown persons lured him to a meeting where he was brutally detained by GUBOPIK officers. He received burns to his eyes, injuries to his head, abdomen, back, legs from blows, threats to rape with a truncheon. Daria left the country with her children. In Lithuania, she was helped by the public association “Dapamoga”, and Olga Karach got in touch with a lawyer, who helped to draw up a statement to the UN on the fact of torture.[8]

Over the months of protests, ICCI “Our House” has supported more than one Belarusian family and will continue to do so in the future. We believe that all parents will soon be reunited with their children, and that wives and husbands will be together again.

April 25 – International Daughter Day. How activists of “Nash Dom” save the daughters (and sons) of Belarusians from Decree No. 18

April 22 – International Mother Earth Day. How «Our House» defends the right of Belarusians to a clean planet

April 11 – International Day of the liberation of the Nazi concentration camp. We talk about the «patriotism» of the Belarusian authorities

What is ICCI “Our House” doing to protect the rights of people with disabilities who have been abandoned by the illegitimate government
2021-05-16 at 17:01 Svetlana Gordeeva Defence and Solidarity (ZiS)