Lukashenko has always treated sports with special reverence: he encouraged Olympic champions, built up regional centres with sports complexes, participated in the “Minsk Ski Track” and hockey matches. The sportsmen were favoured by the government and did not need anything, but that did not stop them from speaking out against the illegitimate government after the elections and the violence that erupted in the streets. As a result, the country was engulfed in repressions against those whom Lukashenko had recently shaken hands with.

After the start of a massive crackdown in the country, the athletes issued an open letter to the authorities. In it, they condemned the facts of election fraud and the manifestation of violence, demanded to recognize the August 9 elections as invalid, release the detained and political prisoners, stop the violence in the streets and punish the guilty. As of May 2021, over 2,100 athletes have signed the letter. Many of them started having problems because of the expression of their opinions. Silver medallist of the European Athletics Championship Svetlana Kudelich lost her job in the structure of the Ministry of Emergency Situations, the head coach of the U17 national hockey team Alexander Rummo lost his post, the senior coach of the women’s handball team Natalya Petrakova was also fired. 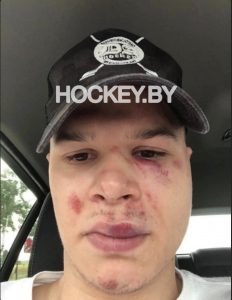 On August 12, during the protests in Molodechno, a 22-year-old hockey player of the local club Ilya Litvinov was injured. He played for Dynamo Minsk in the KHL. The security forces beat him and took him to the police station when he was returning from training. Later, the young man was released.[1]

On the same day, rumours appeared about the arrest of BATE football player Anton Saroka. On August 13, it became known that the athlete was arrested for 7 days. It turned out that on the evening of August 11, the footballer wanted shawarma and went to Komarovka, where he was detained. Three days later he was released. During his detention, Anton was beaten mostly in the soft tissues by the law enforcers. Despite this, he stayed at the club.[2]

On August 14, the defender of the “Granit” football team, Vladislav Shubovich, was detained. A player of the “Dynamo-Brest-1960” football club Maksim Smolevsky was detained at the protests. At the August protests, the player of the BSU club Artem Shulyakovsky and the midfielder of the D3 club “SMIavtotrans” Roman Durko were arrested.[3] 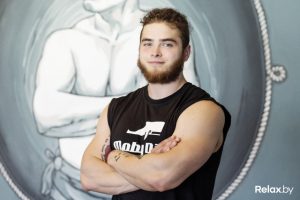 On September 1, 25-year-old fitness trainer Oleg Mozgov was detained. He was a boxer and a part-time loader – his wife was five months pregnant and the family needed money to prepare for the birth of a child. When the husband was detained, security officials came to their house, pushed the pregnant girl away and began to overturn the apartment. It is assumed that the detention was due to the rally – on August 9, Oleg went to a protest because of his disagreement with the election results. On February 1, the boxer trainer was sentenced to 3 years of restriction of freedom and sent to an open-type correctional institution under Article 293, Part 2 (participation in mass riots).[4] 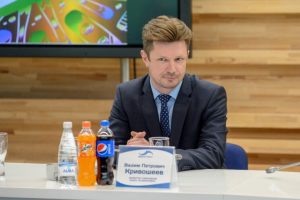 On September 14, the director of the “National Olympic Training Centre for Athletics” for freestyle Vadim Krivosheev was fired. Officially – for “poor ideological work in a team.” By that time, it was already known that some members of the freestyle team reacted negatively to street violence and election fraud. Vadim Krivosheyev admitted that he had voted for Lukashenko in the elections, but after a wave of repressions against peaceful protesters, he wondered how the authorities allowed this to happen. A spokesman for the Ministry of Sports, speaking before the NOTCA team, said that Western forces were behind the rallies and strikes, and after the meeting he made claims to Vadim Krivosheev about insufficient ideological work.[5] 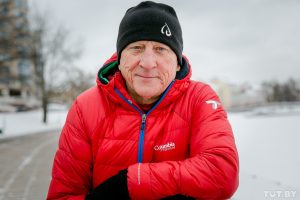 On September 17, one of the most respected and titled coaches of Belarus, Nikolai Kozeko, who raised four Olympic champions, was deprived of his personal presidential scholarship by order of the Ministry of Sports and Tourism. The trainer condemned the violence by the authorities. In addition to being deprived of the scholarship title, Kozeko was ordered to return the funds paid for the year.[6] 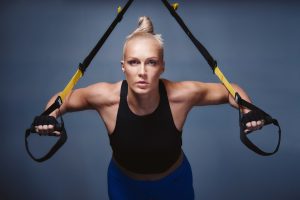 On September 30, a member of the national basketball team Elena Levchenko was taken into custody at the airport. The basketball player was accused of disorderly conduct and participation in mass events in Belarus. She spent 15 days in detention and was then arrested for another 72 hours. When she was released, Elena shared that in custody she slept on metal beams, without a mattress and bed linen, and caught lice in the cell. After staying at Akrestsina, her vertebral hernias worsened.[7] 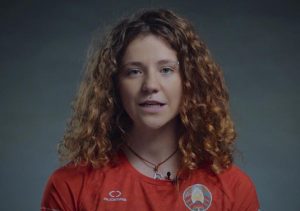 On October 6, freestyle skiing and world champion in ski acrobatics Alexandra Romanovskaya was fired from the national team. The girl signed a letter from the athletes demanding an end to the violence and the holding of re-elections, and also took part in recording video messages to sports officials. Absenteeism is the reason for dismissal. But in fact, Alexandra had a good reason – her father suffered a stroke, and it was necessary to take him to rehabilitation.[8] 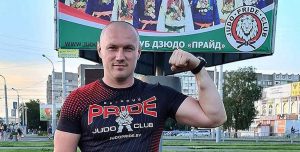 On October 7, the famous coach and master of sports in judo Konstantin Poley was arrested in the center of Gomel. He was detained at the exit from the café, and the next day he appeared before the court under the notorious Article 23.34 of the Administrative Code. Konstantin was charged over a photo of him and his daughter riding bicycles with balloons. The judoka’s home was searched, and he himself was sentenced to 15 days of arrest.[9]

On October 11, the captain of the Belarusian rugby team Maria Shakuro was detained in Minsk. The girl signed a petition demanding the authorities, which speaks of the need for new, fair elections and condemns the violence. Maria was sentenced to 10 days of arrest under Article 23.34.[10] 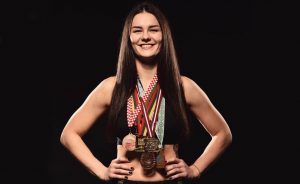 On October 13, the police detained the multiple champion of Belarus in Thai boxing Aleksandra Sitnikova – she bought a cake and went to congratulate her mother on her birthday. A 24-year-old girl was taken to the police department – she was accused of participating in unauthorized events. The Muay Thai champion was sentenced on 14 October to 10 days under Article 23.34 of the Administrative Code. On the same day, Muay Thai coach Yuri Bulat, who has trained several world and European champions, was on trial. He was sentenced to 15 days of arrest for participating in an unauthorized protest, but at that time the coach and his family were in a different place. A lawyer was not allowed to see Yuri, citing a difficult epidemiological situation.[11] 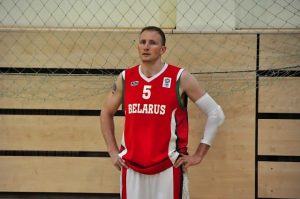 On October 22, basketball player Yegor Meshcheryakov was fined for participating in the protests. He was named the best basketball player in Belarus five times, was the sports director of the “Tsmoki” club and the deputy chairman of the basketball federation. After the elections, he began to speak out against falsification of results and against violence. Yegor Meshcheryakov received a fine of almost 200 euros for participating in an unauthorized mass action.[12]

On November 8, the silver medallist of the 2008 Olympic Games in the decathlon Andrei Kravchenko and the multiple champion of Belarus in kickboxing and Thai boxing Ivan Ganin were detained in Minsk. They were dragged into a security minibus near the National School of Beauty. They were physically abused in custody – one of the inmates recalled that they entered the cell tired and exhausted. Andrei said that when they got out of the truck, they were ordered to move in single file and then lined up and forced to crouch down. Then both athletes were sentenced to 10 days of arrest under Article 23.34 of the Administrative Code.[13] 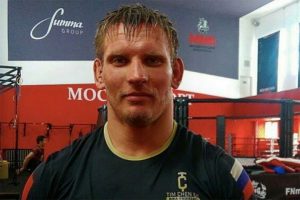 On January 22, a Belarusian kickboxer Alexei Kudin was arrested in Moscow. The athlete was detained on August 12 after protests on the central square of Molodechno on August 10. At the police station, Aleksey said that he had not taken part in the protest action. The athlete spent a week and a half in custody, on August 21 he was transferred to house arrest. In November, a trial was supposed to take place over him, but by this time Aleksey had already managed to leave Belarus. He was put on the wanted list. A court in Moscow decided to extradite him to Belarus.[14]

On April 27, the famous Belarusian basketball player Alexander Kul was visited by the police. Alexander was one of the first signers of the athletes’ letter against violence and for fair elections. For over 10 years he played for the national team. However, Alexander was quickly released, and he said that “the proceedings are connected with cases and matters of a purely personal nature.”[15]

ICCI “Our House” could not remain indifferent to the fate of the athletes who suffered from the repressions. We helped the family of a young MMA fighter convicted of violence against a police officer. Assistance was provided to a swimming coach, to whom riot police broke his cervical vertebrae. We do not want people to pay the price for their civic position with disrespect, physical injury, inability to do what they love and represent their country. We believe that very soon Belarusian athletes will proudly enter the international arena under the white-red-white flag and will win awards for the new Belarus, not for Lukashenko.