On August 1, the fascist regime of Lukashenka tried to take a Belarusian runner, a participant of the Olympic Games, Krystsina Tsimanouskaya, out of Tokyo. At the same time, Krystsina was still supposed to take part in the 200-meter run on August 2. But the representatives of the national team urgently bought her a ticket and took her to the airport. 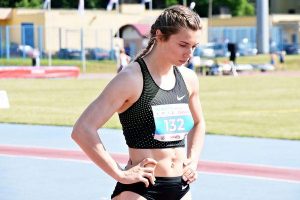 The reason for this was Krystsina’s statement to the sports officials of Belarus. On July 30, the girl learned that she was announced as a participant in the 4×400 m relay. She has never run in this discipline, and other athletes had to participate in it. But they were not allowed to compete due to the lack of a sufficient number of doping tests, which the Belarusian Athletics Federation had to take. Kristina reacted emotionally to this in her Instagram account:

– It turns out that our “very cool bosses” decided, as usual, everything for us. They made a mistake with the girls who don’t have enough tests to fly to their first Olympics in their life, and they decided to make a knight move and launch me into the relay. Great, guys, well done.

The media controlled by Lukashenka almost immediately accused the girl of the lack of sports victories, the desire to lend a shoulder and try herself in new sports at the main start of the fourth anniversary. Meanwhile, sports officials of Belarus did not find anything better than to blame the athletes for everything. The head coach of the national track and field team, Yuri Moisevich, claims that the athletes had to be checked after getting the right to go to the Olympics. At the same time, according to all international standards, it was necessary to monitor promising athletes and potential team members during the ten months preceding the Games. 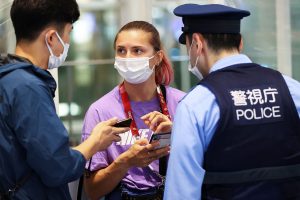 And although Krystsina Tsimanouskaya deleted her statement to the sports officials of Belarus from social networks, they still tried to take her out of Tokyo by force, banning her from participating in competitions on August 2. Before that, Krystsina was subjected to threats and moral pressure: she was advised to accept and do as the top-level leadership orders, she was asked to remain silent about what happened in Tokyo and was assured that Krystsina would be safe in Belarus. 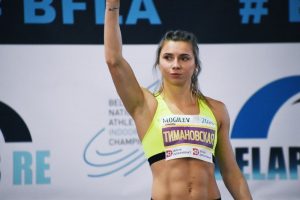 However, there is no doubt: the system does not forgive such statements. It means that nothing good awaits the girl in Belarus. At the Haneda airport, Krystsina managed to attract the volunteers and the police. She reported her abduction to the Belarusian Sports Solidarity Foundation. According to the alarm, employees of the Japanese Foreign Ministry, journalists of the NHK TV channel arrived at the airport. The International Olympic Committee has already become interested in Krystsina’s story. Poland and the Czech Republic are ready to support the girl. There is a chance that the athlete will remain safe. We hope that Krystsina will not fly to Belarus, where she can get the dose of moral and physical torture until she confesses her love for the illegitimate president.

ICCI “Our House,” asks to protect Krystsina Tsimanouskaya, to provide her with psychological, legal assistance and asylum. We demand that the sports officials of Belarus will receive a decent punishment for bullying and abduction of the athlete.