On May 17, the world celebrates the International Day Against Homophobia. It is difficult to call Belarus a country tolerant towards the LGBT community – this is especially clearly expressed by the authorities. In 2011, at the stage of the Freestyle World Cup in Raubichi, Lukashenko said that he did not like gay men, and in 2013, he said, “a woman is a lesbian because we are trashy men”. Today we will tell you how the government violates the rights of LGBT people and what “Our House” is doing to advocate for them. 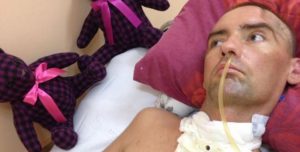 LGBT activists have always faced repression. In 2014, after a gay party in Minsk, a fight broke out, during which Mikhail Pishchevsky was seriously injured. He spent more than a month in a coma, and then another year in a state close to vegetative. He had about 20 percent of his brain removed due to hematomas. Mikhail’s killer was sentenced to two years and eight months, claiming that grievous bodily harm was caused by negligence. After 11 months, the killer was released under an amnesty.

In 2017, Vadim Nikitin sent another man a nude photo found on the internet. For this, he was detained, and during the arrest he received serious injuries. Police officers asked him how he had become “like this”, saying that he would have been better off distributing drugs. While he was in the police station, pressure was put on him, causing him to spiral out of control and start cutting his neck. The paramedics of the ambulance called were indifferent to the young man. While he was in the hospital, the security forces wrote on his social media page that he was gay. However, the police denied that a criminal case had been opened against him and that he had been injured. Due to pressure, Vadim was forced to go abroad.

On September 1, a transgender guy suffered bullying. It happened in Grodno after the action of solidarity, when he and his friends stood at a bus stop and waited for transport. At the police station, he was forced to undress, give his passport details and place of work to the camera, held behind bars and not allowed to call relatives. His trial was postponed several times. 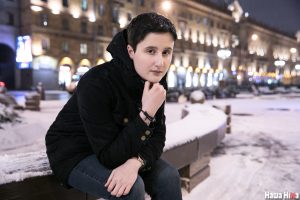 On September 26, 2020, a transgender guy Yevgeny Senkov, a journalist and musician, was detained at a protest march. When the security forces found out that he was an LGBT activist, they began to mock him. He was forced to confirm his gender, insulted about his gender, ridiculed the LGBT flag found in his bag. They also humiliated him in Zhodino, where he was transported. The Interior Ministry officers insinuated rape and even threatened to kill him. “Several times they voiced that I was ‘about to get a full examination’, they said they would examine me in a ‘special way’ and then they repeated several times that ‘bitches’ like me ‘should not live’, so I should be ‘taken out into the yard and shot’,” the guy said. His mother was not told where he was, he was not given anything of personal belongings and hygiene products, saying that since he was “trans”, he would tolerate it. At the trial, Eugene received a fine of 5 basic units. 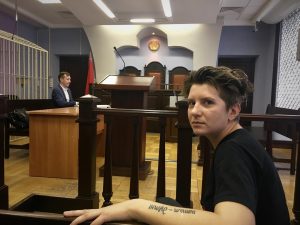 On September 26, LGBT activist Victoria Biran was detained at the same march. She was sentenced to two weeks of arrest under Article 23.34 of the Administrative Code and released on October 11. Interestingly, after she was detained and taken to the police station, one of the police officers gave her a list of names, in which he asked to identify LGBT activists. Victoria was put in a crowded cell where the women had to sleep on the floor. 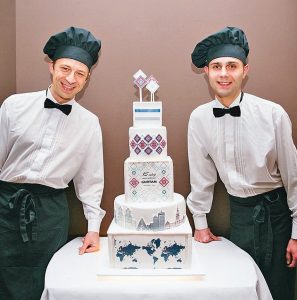 On November 4, LGBT activists, the owners of the DAmaster confectionery Anton Sheleg and Denis Ivanov, were detained in Minsk. Anton writes a blog about LGBT relationships and breaks down stereotypes about gay people. Denis is an artist of the chamber choir. Anton was released pending trial; Denis had to spend the night in the detention centre.

“Ous House” is constantly engaged in the protection of the LGBT community. In 2019, Olga Karach met with Patrick Yanchevsky, Director of the Bureau of MEP Robert Biedroń. Olga Karach spoke about the current activities and issues raised. Prospects for working together in the fight against LGBT discrimination were discussed. Patrick Yanchevsky expressed full readiness for cooperation and interaction to attract the attention of the European Parliament to the main problems of civil society in Belarus.

In the same year, we monitored discrimination against transgender people in Belarus and told several stories about what they faced in Belarus. So, one of the heroes could not get a job because of her transgender status. Another woman came out in front of the chief specialist of the bank in order to change the data for issuing a card. The monitoring identified several main problems of transgender people in Belarus. Among them are the inability to change the digit representing gender in the identification number in the passport, pressure from others, the indication of Article 19a (severe mental illness) when obtaining a military ID card, and the lack of assistance to trans teenagers who may be removed from their families under Decree No. 18. 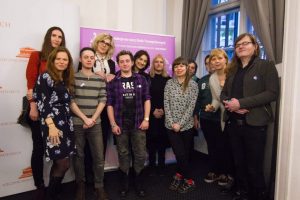 In 2020, ICCI “Our House” launched the “Tg House” campaign. The main goal of the campaign was to reduce stigma and discrimination against transgender people in Belarusian society. After all, LGBT people in the same way should be able to create a family, receive education and quality medical care, and be protected by the state, like other citizens of the country. In January 2020, activists took part in the conference “Transgender in the Family. Experience, knowledge, recommendations”, organized by the Polish Foundation “Trans-Fusia”, with the participation of the Ombudsman of the Republic of Poland. The meeting was attended by Deputy Ombudsman of Poland Anna Makhinska, ex-deputy of the Seimas Anna Grodzka, psychologist Agnieszka Rynovetska, human rights activist Karolina Wienckiewicz. The representatives of Belarus shared the main problem of transgender people in Belarus. 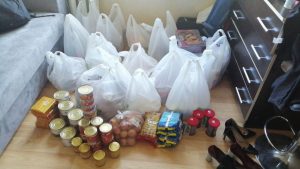 From 4 to 11 April 2020, “Tg House” conducted a survey on how the coronavirus pandemic affected the life of transgender people in Belarus. The main problems cited were lack of employment, problems with the availability of hormonal drugs, fear of seeking medical care as they were afraid to end up in a hospital room according to passport sex, fear of being rejected by doctors for being transgender, inability to travel outside of Belarus to buy life-saving medicines, and lack of unemployment compensation from the state. The results appeared on the website of the ICCI “Our House“. From April 19, 2020, “Tg House” began to provide material assistance to transgender Belarusians, allowing them to survive the quarantine. Targeted assistance consisted of a food kit and personal protective equipment. By May 4, 2020, assistance was provided to 15 transgender people who applied. The food packages were received by the applicants from Minsk, Mozyr and Molodechno. In June 2020, 16 people received kits, 4 of them needed medical advice, and 2 more received legal assistance.

On July 6, 2020, it became known that the “Our House” campaign became a member of Transgender Europe (TGEU). It is a network of organizations that fight discrimination against transgender people and support their rights. In total, TGEU has 148 affiliates and 257 individual members throughout Europe and Central Asia in 46 different countries.

The authorities hate LGBT activists almost more than other citizens, forgetting that these people also have Belarusian passports and can exercise the rights stipulated in the Constitution. Only riot police and propagandists are worthy of respect for the illegitimate president. It depends only on the Belarusians themselves how soon LGBT people will be able to walk the streets without fear of detention and bullying. We will make sure that in democratic Belarus, no person will be discriminated against because of his or her orientation or gender.