August 2020 has entered a lot of new names for Belarusian history. Since then, every month, the world hears about new activists and repressions against them. In particular, about those who went on strike and refused to work for the dictatorial regime of Lukashenka. Our material today is dedicated to the activists of the strike movement. We tell you who they are and where they are now. 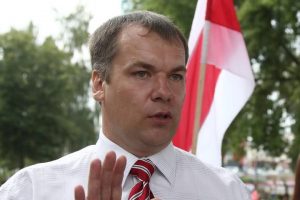 On August 17, 2020, information appeared about the shutdown of mines at “Belaruskali”. Later it became known that the company was in a state of partial strike. The co-chairman of the formed strike committee was Anatoly Bokun, a mechanic of the condensation department of the sylvinite concentrating plant. On August 31, 2020, Anatoly was detained – he spent 55 days in jail, 40 days of them in a temporary detention centre. On May 8, 2021, the activist was detained in Kopyl when he went to his parents. Police took Anatoly to Soligorsk, where a protocol was drawn up under Article 24.3 of the Administrative Code, allegedly for disobeying the lawful request of an official. In the protocol, police wrote that Bokun refused to get out of the official car and showed disobedience. According to this article, Anatoly got 30 days of arrest, but he spent 45 days in prison. “It was difficult to breathe in a cell for four people from the stuffiness and heat. The toilet was taken out twice a day on the street. It was also necessary to ask for drinking water from the guards on duty. As someone got on a day with one mask, so he stayed with it until he was released,” Anatoly recalled. In total, after the 2020 elections, the activist was under arrest for more than 100 days. 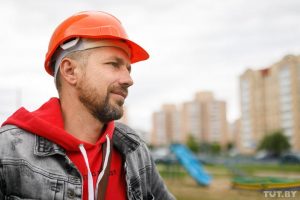 On September 10, 2020, Yuri Korzun, the driver of mining excavation machines, went down into the face, handcuffed himself and refused to climb. Before that, Yuri published a post on social networks in which he stated that he could not stand aside when the regime was destroying people. He spent about three hours at a depth of 305 meters. To get it, a team of mountain rescuers arrived with tools. While specialists took off handcuffs, Yuri felt bad: his heart ached, his blood pressure rose, and he needed urgent medical help. He got into the hospital. After that, Yuri continued the strike. In November 2020, he was detained in Kossovo during an excursion of a tourist group from Belaruskali. All members of the group were found guilty of participating in an illegal protest action. On the morning of February 11, 2021, Yuri was detained again. At this time, he went out into the yard to warm up the car on which he planned to take the child to school. He was arrested for 15 days, found guilty of participating in an unauthorized event. 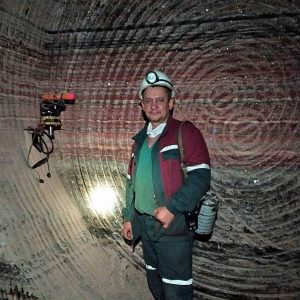 On September 21, 2020, another “Belaruskali” employee, Oleg Koudelka, refused to climb out of the mine. He handed a note to the surface with the words: “I join the strike and refuse to go to the surface until the requirements of the strike committee are fulfilled.” The miner’s wife, Tatiana, showed Oleg’s printed appeal. In it, the miner demanded the resignation of the director of Belaruskali, the release of all arrested strike committee members, the cessation of pressure on them, the cancellation of the dismissals of strikers and the violence. Colleagues who were supporting Oleg near the mine were detained. The employee himself was taken out of the mine by ambulance. Oleg Koudelka remained in Soligorsk, despite the threat of repeated detention. On August 17, 2021, he went to the traffic police to change his driver’s license and was taken into custody. The arrest was connected with an administrative case. Oleg’s relatives tried to get information, but the police did not tell them the specific reason for the detention.

Now the chairman of the strike committee of “Belaruskali” is Vitaly Dyadyuk, who was dismissed from the company on August 26, 2020. After several detentions, he did not spend the night at home for fear of possible surveillance, changed phone numbers and went online via VPN. In February 2021, a criminal case on large-scale fraud was initiated against Vitaly Dyadyuk. However, even before that, the activist left the country. 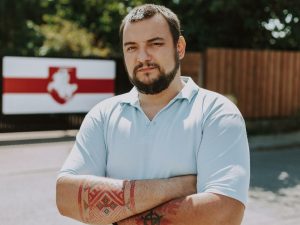 The head of the MTP strike committee, Sergei Dylevsky, spoke out against Lukashenka’s power in August. After a strike began at the Minsk Tractor Plant, he was summoned to the Investigative Committee. However, on August 23, 2020, Sergei Dylevsky took part in a protest rally of thousands in Minsk as part of the Coordinating Council. The next day, Sergei Dylevsky was detained near the MAP checkpoint in Minsk for “illegal organization of strikes.” He was released from the detention centre in Zhodino only on September 18, 2020. On October 11, 2020, Sergey Dylevsky resigned from MTP and left Belarus on October 13. Since then, Sergei Dylevsky has been living in Warsaw and has been helping the Belarusian strike movement.

At the Minsk Automobile Plant, the strike also began immediately after the 2020 elections. On August 13, the company’s employees suspended work in protest against the election results announced by the authorities and the brutal suppression of protests. And already on August 20, 2020, it became known that the head of the MAP strike committee, Yevgeny Bokhvalov, was detained. At the same time, it became known that the plant’s employees were quitting after a failed strike. The first order appeared on the dismissal of the mechanic of mechanical assembly works of the car assembly shop, who did not come on shift.

On August 26, 2020, Alexander Lavrinovich, the head of the strike committee of the Minsk Wheeled Tractor Plant, was sentenced to 10 days of arrest. He was detained for participating in a rally, collecting signatures and holding meetings on the plant territory. Alexander worked as an electronics engineer at MWTP. And they started hunting him about a week before his arrest. On October 27, 2020, Alexander was dismissed “for non-performance of work duties without valid reasons.” The day before his dismissal, he walked with other factory workers through the workshops with the calls “Get out!” and “Long live Belarus!” 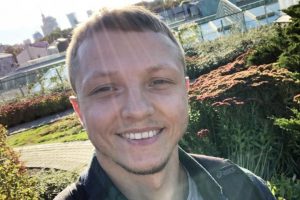 Another MWTP worker, Andrei Sudas, became famous for shouting a rude phrase at Lukashenka when he arrived at MWTP on August 17, 2020. Andrey worked as a foreman in the car assembly and testing workshop. After the incident at the plant, Andrey was detained and subsequently dismissed. At the same time, in August, Andrei Sudas was forced to leave for Ukraine, where he stayed for about a month, and then to Poland. The activist worked at a service station, then started installing solar panels. 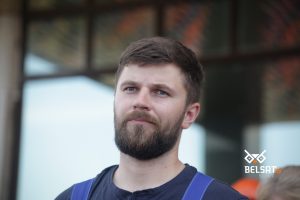 Strike committees also appeared at regional enterprises in August 2020. Yuri Rovovoy, working at the enterprise for seven years, headed the “Grodno Azot” strike committee. He was an observer at the presidential elections and noticed violations there, and after them became the leader of the strike movement. On August 19, 2020, the workers of “Grodno Azot” announced that they were going to start a strike and stop some workshops. On August 21, 2020, Yuri knew about an attempt to detain him near the hostel. As a result, Yuri was not detained – his colleagues managed to protect him. After this attempt, Yuri hid for two days, and on August 24, 2020, he left the country. Yuri Rovovoy continued to help Belarusian workers abroad. 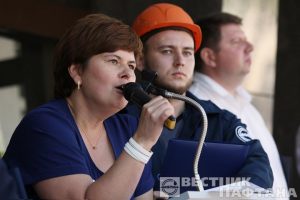 After the events of August 2020, Olga Britikova became the head of the primary organization of the independent trade union at the “Naftan” Novopolotsk enterprise. Before that, she worked at Naftan for more than a decade and a half and recently headed the department of petroleum products sales. On August 17, 2020, when the authorized representative of Lukashenka in the Vitebsk region, Ivan Tertel, arrived at the enterprise, Olga spoke at a rally of employees. Olga expressed global and local demands of “Naftan” employees, including the resignation of Lukashenka and the CEC, the release of detained protesters, the cessation of violence and the investigation of cases of abuse of authority by the security forces. A few months after that, Olga Britikova was fired from “Naftan”. 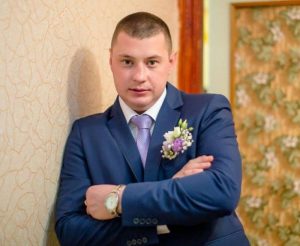 Igor Povarov was among four activists of the BMP strike committee in Zhlobin who blocked the road to technical transport on August 17 in protest against unfair elections, detentions and violence on the streets. After that, Igor and several other employees got charged under part 1 of Article 342 of the Criminal Code of the Republic of Belarus (group actions grossly violating public order). On February 1, 2021, he got a sentence of three years in prison. His colleagues Alexander Bobrov and Evgeny Hovar were pardoned on September 17 this year. Igor remains in jail. His wife and two sons are waiting for him outside.

The names of these activists, like many other Belarusians, will forever remain in the history of Belarus. They deserve to have chapters and sections dedicated to them in books about the struggle for freedom of the Belarusian people. But while criminal cases are opened against them, they are sentenced to terms and fines. However, we believe that everything will change very soon.