One of the most popular ways of pressure after the election was dismissal from work. Hundreds of Belarusians lost their income because they spoke out against Lukashenka. Someone left by himself, someone was asked to write a statement because of disloyalty to the regime. One thing is significant – numerous families have been left without money due to layoffs for political reasons. In this article, we will tell you how the illegitimate state violated the right of women to work during this year. 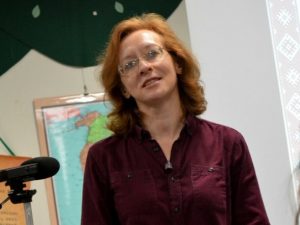 On February 2, 2021, Svetlana Votinova, the editor-in-chief of the literary magazine “Maladosc”, was removed from her post. Her contract ended on October 31, 2022, but the Ministry of Information decided that the contract should be terminated ahead of schedule. In a conversation with journalists, Svetlana Votinova said that the pro-government Union of Writers of Belarus filed a complaint with the Ministry of Information about the work of “Maladosc”. Svetlana has headed the editorial office of the publication since 2012. 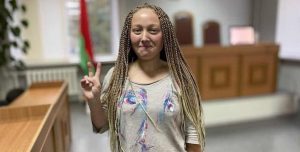 On February 18, 2021, the head of the literary and dramatic part, Olga Semchenko, was dismissed from the Mogilev Drama Theater. Olga has repeatedly spoken out against the illegitimate government, went to protests. For this, she got convicted under Article 23.34 of the Administrative Code (participation in an unauthorized mass event). A week before the dismissal, an employee of the theatre got detained at her workplace. The police did not like the white and red snowflakes on the window of the girl’s office. At the same time, the girl got evicted from official housing. 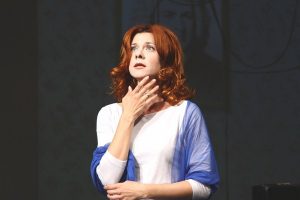 On March 2, 2021, actress Oksana Plikus, Master of Art History, master of the stage, winner of numerous diplomas and awards, was dismissed from the Grodno Drama Theater. Her repertoire includes more than 50 roles. She worked in the theatre for almost 29 years, and during that time, she had no complaints. And in the last two months, two reprimands have appeared at once. According to Oksana Plikus, one day, a pipe burst at her house. That’s why she was 20 minutes late for work. In early February, she and several other colleagues asked for a short vacation to participate in the movement “Asoby” project. But the administration did not sign the papers. They deprived Oksana of bonuses and surcharges for a month. The actress believes that the dismissal was due to her participation in events at alternative venues, which the new administration of the theatre considered destructive. Together with her, choreographer Victoria Balzer left the theatre. Oksana and Victoria continued a series of dismissals of actors from the Grodno Drama Theater – in the fall, most of the troupe left there, as well as two directors. Earlier, the actors from the theatre managed to move to Lithuania and created an August Theater with the help of “Our House”.

On March 15, 2021, several actresses were fired from the children’s TV show “Kalykhanka”. Elena Girenok, repeatedly detained for participating in protests, left there. In the media, Elena talked about cruel detentions and beatings. Also, the contract with the actress Emilia Pranskute, who played the role of the raccoon Theme, was not renewed. Veronika Plyashkevich, who played one of the roles in the film “Kupala”, not released on the screens of Belarusian cinemas, also stopped working in the program. Emilia Pranskute explained that their dismissals are related to a change in the concept of transmission.

In March 2021, Elena Fadeeva, a pediatric ultrasound diagnostics doctor, was dismissed from the polyclinic. Before that, in November 2020, she participated in an action near the Minsk City Hospital No. 1 and received a fine under Article 23.34 of the Administrative Code. On July 8, 2021, Elena Fadeeva got tried under Article 369 of the Criminal Code (insulting a representative of the authorities). The woman got sentenced to 2.5 years of restriction of freedom without being sent to an open-type correctional institution. Elena had to pay a material claim for 900 rubles, and the court confiscated her phone.

On April 8, 2021, Anna Ogur, a defectologist teacher from Ostrovets, lost her job. She said that on March 25, she was on sick leave and hung out on the balcony a washed white blanket with a red stripe in the middle – a gift from her mother-in-law for the New Year. Two hours later, the police came to Anna. The security forces said that she had unregistered symbols on her balcony. Anna’s husband tried to argue with the police, arguing that the blanket was not a flag. The police drew up a report on the woman for an administrative offence, took a blanket and a laptop. Anna was left in the police for a day, even though she had two minor children at home. The woman was fined 580 rubles for an illegal picket. After that, she got fired from her job at a kindergarten under the article for immoral behaviour. 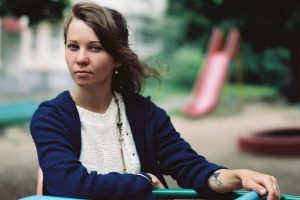 On April 14, 2021, it became known about the dismissal of Anastasia Petrova, an artist of the Bolshoi Theater Orchestra of Belarus. Before that, on March 27, 2021, the 29-year-old actress got detained with food and coffee near the pizzeria. She got sentenced to 15 days of administrative arrest. According to the protocol, the girl shouted “Long Live Belarus” and participated in an unauthorized mass event. 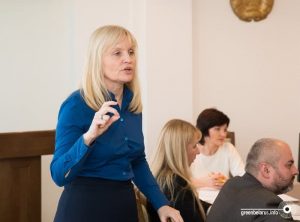 On April 17, 2021, associate professor of the Faculty of Law Elena Laevskaya, mother of the famous lawyer Dmitry Laevsky, was dismissed from the Belarusian State University. The official reason is the contract expiration, but this directly contradicts the employer’s obligation established in the Labor Code to extend the employment relationship with an employee of pre-retirement age. Under the guidance of Elena Laevskaya, four candidates of sciences wrote and defended their dissertations. Laevskaya demanded to reinstate her at work and appealed to the court, but they did not satisfy her claim to the university. Dmitry Laevsky said that his mother got fired in connection with his political activities: “With the fact that I defend Viktor Babariko and Maxim Znak, that I represented Alexander Pylchenko and others in court. I also cannot help but associate this decision with numerous complaints that I have previously filed with the Moscow District Prosecutor’s Office and other bodies as part of my professional activities.” 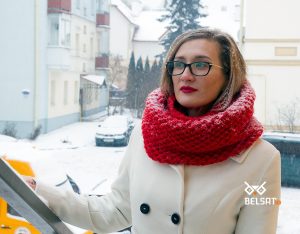 On April 19, 2021, Hrodna citizen Lyubov Sarlay got fired from Belpochta, where she had worked for almost ten years. In the winter of 2021, Lyubov got fined for trousers with white and red stripes. On March 25, the girl asked for a vacation at her own expense, but closer to the date, the administration did not allow her to miss work on the agreed day. As a result, on March 25, police officers came to her house and took her to the police department. She spent here all day until the evening. On April 9, 2021, the girl was paid her first salary after maternity leave — 280 rubles, and before that – an advance of 140 rubles. After that, Lyubov decided to look for a new job and tried to quit by agreement of the parties. But the boss refused and fired her under the article for absenteeism on March 25. 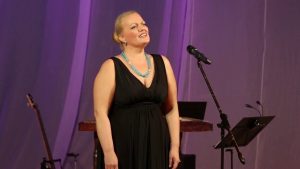 On June 16, 2021, the soloist of the National Opera and Ballet Theater, Natalia Akinina, resigned from the theatre by agreement of the parties. She explained that this was a desire on the part of the management. Natalia Akinina had a long-term contract, and the theatre administration interrupted it with her, offering to stay in the troupe part-time. Natalia refused. In a conversation with journalists, she noted: “I found it impossible for myself to stay in the current conditions even for the sake of music and singing. It was unacceptable for me to prove my professionalism to people as a person and a singer.” 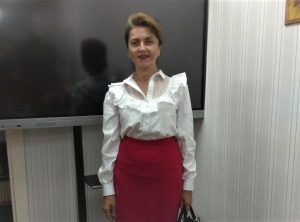 On June 24, 2021, Elena Putsykovich, a teacher with 30 years of experience, was dismissed. Elena worked in one of the schools in Ivanovo. In the fall of 2020, she was found guilty several times of participating in unauthorized events, and in the spring, she got sentenced to restriction of freedom for libel. She got accused of making a repost from the “Black Book of Belarus” about one of the police officers of the city. The employee perjured himself against her in court. Elena has a minor daughter – the teacher believes that this is the only reason she was pitied, sentenced to restriction of freedom and ordered to pay compensation to the victim in 1500 rubles. After the trial under this article, Elena got fired because, according to the Education Code, a person brought to criminal responsibility has no right to engage in teaching.

On August 17, 2021, the contract was not extended with the director of the Bolshoi Theater of Belarus, Daria Potaturko. Daria has been working as a director at the Bolshoi Theatre since 2013. She was the director of several concerts on the main stage and the Chamber Hall stage. Daria was also involved in the work on the performances “Macbeth”, “Rigoletto”, “The Tsar’s Bride”. Daria’s dismissal was connected with the purge of personnel, started by the management of the Bolshoi Theater. Together with Daria, another director, Elena Medyakova, quit. 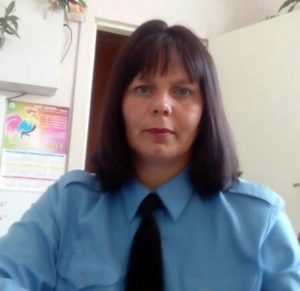 In September 2021, Olga Shukalovich got dismissed from the Security Department of the Ministry of Internal Affairs. It happened after her comment on the photo of the police officer on the social network: “Because of such goats, people hate cops”. Olga Shukalovich got detained, then interrogated by employees of the Department of her security. The trial of Olga was behind closed doors at the request of the prosecutor. Olga Shukalovich got sentenced to two years of restriction of freedom, and she will also have to compensate the victim for moral damage – 1000 rubles. The court seized her mobile phone for state revenue.

On October 3, 2021, musician Daria Shlyk left the Bolshoi Theater. The theatre has not renewed the contract with her husband, Pavel Petrov. He was the winner of the prestigious Operalia competition in Lisbon, winner of the Zarzuela Award from Placido Domingo, artist of the Graz Opera House (Austria). Daria left the theatre with him. 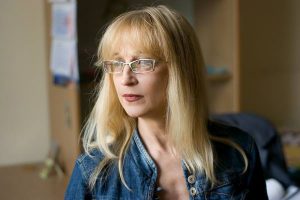 On November 5, 2021, composer Larisa Simakovich left the Belgorod Philharmonic. The official reason is age: Larisa Simakovich turned 64. It is noteworthy that before that, the contract with the composer was always extended. For 13 years of work at the Philharmonic, Larisa Simakovich has staged 11 performances, assumed the functions of a stage director, choreographer, dancer and singer. The website of the Belgosfilarmony stated that Larisa Simakovich’s creativity is characterized by “conciseness of utterance and freedom of experiment, allowing her to find her distinctive vividly individual style.” On October 31, the composer appeared on the stage of the Belgosfilarmony for the last time – after the premiere of a new work-the cosmomistery “Edge”.

In 2020, a series of dismissals and repressions had already swept through Belarus. And this is not the end of the matter. From January to October 2021, more than 570 thousand people got fired from Belarusian enterprises – and this is not the end. The illegitimate dictator and his servants dismiss the best specialists only for speaking out against the regime. According to statistics, it is much more difficult for women to find a job: employers are scared off by lack of experience, small children, possible pregnancy or retirement age of a potential employee. With dismissals for political reasons, the state puts pressure on Belarusian women, and they have to grab any job, because otherwise their children may be taken away from them. Many women with babies leave the country. The state gets rid of the present and the future with its own hands because the guys who grew up abroad are unlikely to return to help the motherland. But we want women and children to return to their homeland, and we believe that this will happen soon.