“Our House” continues to talk about female heroes. Today’s review is dedicated to the youngest persons of the Belarusian revolution – these are college and university students. The girls ended up in prisons very young, went through torture and bullying, became objects of harassment by the state propaganda. Many of the students have left the country now. And many have remained in Belarus, in the clutches of the security forces.

On November 12, 2020, six female students of Minsk universities were detained in the “case of students”, and on November 26, 2020, another student was detained. They were charged under Article 342 of the Criminal Code (organization and preparation of actions that grossly violate public order or active participation in them). According to the investigation, they administered thematic Telegram channels, “personally called for participation in protest actions,” and disrupted the educational process and the work of universities with their actions. On July 16, 2021, all students were sentenced to 2.5 years in prison. 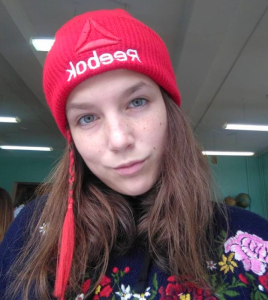 On November 30, 2020, 18-year-old Sofia Malashevich, a student of the Brest Service College, was arrested. On September 6, Sofia participated in protest action and painted with a spray on the shields of specific barrier means. Then she was detained but then released. And on November 30, she was arrested again on charges under articles 342 and 339 of the Criminal Code (hooliganism). She was also accused of insulting the president (Article 368 of the Criminal Code) – she went to one of the solidarity chains with an obscene poster. In custody, Sofia lost her grandmother. The girl was deprived of correspondence more than once. On January 22, Sofia was sentenced to two years in a penal colony. In PC No. 4, the girl was sent to the punishment cell several times. Sofia was deprived of a long-term date with her mother, and a short-term one was not allowed for four months. 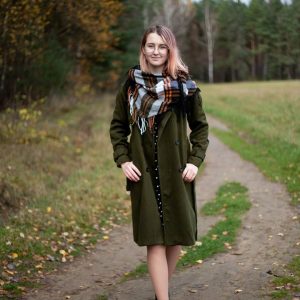 On January 14, 2021, an 18-year-old sophomore Polina Nitchenko was detained after a solidarity chain at VSMU. A native of Zhodino was sentenced to 17 days of arrest: seven days for participating in a video message against violence and ten days for participating in a solidarity chain. Before that, the girl was fined twice for participating in protest actions (44 basic fines). Polina was persuaded to tell who was standing next to her in the chain, but she refused. She received her first transfer to the pre-trial detention centre only seven days later. It was cold in the cell, and Polina was sitting by the radiator to keep warm. In the isolation ward, the girl was preparing for an exam in histology. She sent an application to the university and asked to postpone it, but they did not meet her halfway. On February 1, the student found out that she was expelled. Now the girl has moved to Kyiv, works as a barista and continues to protest. 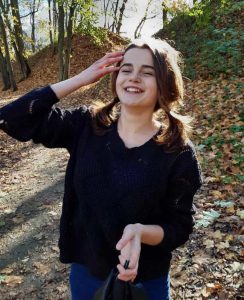 On March 1, 2021, an 18-year-old Vitaliya Bondarenko from Vysokoe State Agricultural Vocational College was detained in the “round dance case”. Vitaliya grew up with her grandmother. The girl studied cooking and worked in a cafe in Brest, but during the pandemic, the place closed. After voting in the elections, Vitaliya went outside to defend her vote. The girl was wounded with a noise grenade, and the security forces opened a criminal case against her. Vitaliya went abroad but then returned to see her friend – a minor Denis Khozei, who was sentenced to three years in an educational colony. The student spent more than 1.5 months in jail before the trial. At the trial in May 2021, Vitaliya pleaded not guilty. She was sentenced to 4 years of imprisonment in a general regime colony.

On March 8, 2021, two PSU students — Alexandra Buka and Anna Bogdanova – took part in the flash mob #svabodustudentstvu. They shaved their heads in front of the camera as a sign of solidarity with political prisoners. On March 11, 2021, the students were summoned to the prosecutor’s office and warned against calling for mass events or participating in them. In July 2021, Anna Bogdanova was detained for 72 hours under a criminal article. 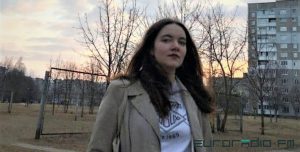 On June 29, 2021, Ekaterina Vinnikova, a student of the BSU Faculty of Law, during the graduation ceremony from the stage, expressed support for the arrested lawyer and oppositionist Maxim Znak and the faculty teachers dismissed for political reasons. On July 1, the girl was called to the police for a conversation. A search took place in the dorms where she lived. As a result, a laptop was seized from Ekaterina. On July 2, the court found her guilty of violating the rules of mass events and appointed 15 days of arrest. In August 2021, the girl was supposed to begin a mandatory job at the Ministry of Taxes and Duties. After an administrative punishment, she was refused work. The girl found new employment in the capital, but the university did not approve her application. Ekaterina went on distribution to an agricultural enterprise in the Chechersk district. 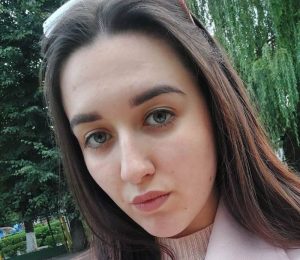 On September 1, 2021, a student of the geographical Faculty of BSU, Daria Chaiko, began serving her sentence. The native of Lida had no detentions or fines, and in March 2021, the police came to her. The girl’s father escorted the uninvited guests out. The next day three security officers approached Daria at the polyclinic and took her to the police station, where they interrogated her without a lawyer for five hours. The reason for the detention was comments addressed to the Lida investigator. The information appeared in the chat of the city that he forced people to sign protocols and threatened to put them in the “right” cell. Daria expressed a negative attitude to such actions. She wrote that it is unnecessary to allow people without identification marks to beat themselves. The police forced her to tell about it on camera. A criminal case was opened against Daria under articles 369 (insulting a representative of the authorities) and 342 of the Criminal Code (organizing actions that grossly violate public order). She was sentenced to 2.5 years of restriction of freedom. Daria is serving this term in an open-type correctional facility in Vitebsk. Here girls are sent to hard physical work at a sawmill or a wagon depot. Daria, in addition, is forced to interrupt her studies at the university. In the correctional institution, she is registered as prone to extremism.

On September 27, 2021, Yulia Oleynik, a student of the Art and graphic faculty of Masherov VSU, was tried in Vitebsk.
The girl was charged under Article 341 of the Criminal Code (desecration of buildings and damage to property). On May 30, 2021, Yulia painted “BCHB zhyve” on the sewer collector. From July 6 to July 8, 2021, she spent in the Vitebsk detention centre for this case. Before that, in August 2020, the girl was detained in Ushachi for distributing leaflets with the inscription “Unfair elections”. Due to the criminal case, Yulia was expelled from the university, despite her academic performance. The girl was also evicted from the hostel. 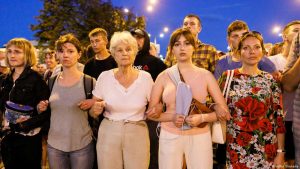 On October 13, 2021, a penitential video with a third-year student of the chemical faculty of BSU, Zlata Yanukovich, appeared in propaganda Telegram channels. While studying at school, she spent a year in the United States on an exchange. She participated in events and organized the Chemist’s Day at BSU. The girl got on one of the most famous photos of the Belarusian protest from the action on August 10, 2020. More than a year later, Zlata Yanukovich was charged under part 1 of Article 342 of the Criminal Code (“Active participation in actions grossly violating public order”). She was detained right during classes at the university, and her relatives found out about it only from Telegram channels. In December 2021, the trial of Zlata began. She was sentenced to 3 years of restriction of freedom.

On November 24, 2021, Anastasia Voitovich, a student of the history faculty of BSU, was detained. Before the 2020 elections, Anastasia studied at MSLU, but she was expelled on April 26, 2021, for wanting to light a candle in the church. She was sentenced to 15 days. In one of the propaganda channels, a video appeared in her, from which it follows that she is accused of participating in a “coupling” at one of the protest actions last year. Anastasia is in pre-trial detention centre No. 1 in Minsk. The girl was charged under Article 342 of the Criminal Code (organization and preparation of actions that grossly violate public order or active participation in them). On December 14, Anastasia Voitovich was recognized as a political prisoner.

Being a student activist is dangerous for every girl inside Belarus. Even those who participate in events and seek to solve the problems of the university. For this, they can become defendants in a criminal case. That is why this year, Belarusian universities have not recruited the planned number of students, and many are leaving abroad, where it is allowed to rally, openly talk about dissatisfaction with the educational process, create and develop their ideas. Girls do not want to sit in prisons and come out with broken destinies. And this will continue as long as an illegitimate dictator is in power.