In previous articles, we have already told about the horrors that take place in military units in Belarus, about how young boys are turned into suicides and cripples. Some brave guys dare to escape from this concentration camp even under the threats of criminal liability. Such cases are rare in Belarus, as those who run away from the army end up in jail. And even those who liked serving there run away…

In late May 2010, a soldier Aleksander Trubnikau, who only had two months left to serve, ran away from his unit. The guy managed to get to Russia, went to his relatives in Murmansk and even got a job there. But on November 1, 2010, he was arrested. Aleksander Trubnikau faced up to seven years in prison. The soldier said that he managed to change four military units during his service. In two of them, he encountered non-statutory relations on the part of older servicemen. Service conditions were also incompatible with his state of health. Aleksander Trubnikau applied for political asylum in Russia. 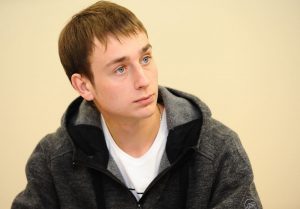 On July 27, 2011, Stepan Zakharchenko, 22, left the military unit. During silent protests, when hundreds of people spontaneously took to the streets in many Belarusian cities to protest against Lukashenka’s regime, the authorities decided to enlist the support of the security forces. They were required to execute any order from Lukashenka and open fire on citizens who threatened the constitutional order in Belarus. The unit leadership forced them to sign the relevant documents, but Stepan refused. He and two other soldiers, who also refused to do so, started receiving threats. So Stepan decided to flee to Lithuania. He was wanted in Belarus and threatened with criminal punishment. But in Lithuania, Stepan Zakharchenko managed to obtain political asylum for five years. 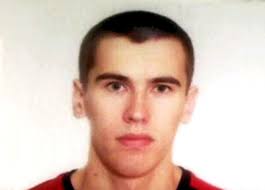 On January 3, 2014, Aleksander Sushchyk, a 22-year-old native of Mozyr, escaped from a military unit in Maryina Gorka. That night he was supposed to be on duty and guard the storage of fuel and lubricants. However, the soldier didn’t get in touch at the moment of duty change. He was detained five days later in Cherven district after stealing clothes and food from a house in a village. The traces of the burglary were found by the owner of the house who called the police. He and two neighbourhood inspectors in cars pursued the man who was in the woods and detained him. Alexander did not show any aggression or resistance during the detention. When Aleksander’s mother came to the unit, she was told they did not know the reason for the young man’s decision to run away. On January 10, Aleksander planned to go on leave for three days to visit his family. A specific date was even set – at 5 am, he was to arrive at the railway station in Kalinkovichi. The soldier’s photo was hanging on the board of honour, and he was in good standing with the authorities. According to the soldier’s relatives, he liked the service. He even asked to be assigned to Special Forces himself, and after 7.5 months of service, he decided to stay in Maryina Gorka in the future and work under contract.

On January 17, 2014, a 20-year-old soldier escaped from a military unit in Ivatsevichi district. Two days later, the guy was discovered in Brest: he entered the sales area of a shop, quickly and carelessly began to put food and alcohol into bags. When the shop assistant asked whether the buyer had the money to pay for the goods, he jumped on her and beat her, then stabbed her several times and broke her arm. He was apprehended in an abandoned house nearby. Friends of the lad shared, “At the time of his arrest, he said his act was nothing compared to what was going on in their unit.” The soldier’s friends also clarified that he was strong in character and liked serving. The young man said that on the day of his escape he was beaten by a colleague. In this way, the soldier wanted to draw the attention of commanders to non-statutory relations in the unit. However, investigators found no systematic abuse. The guy received 12 years’ imprisonment in a high-security penal colony.

On February 3, 2016, two soldiers escaped from Brest-based military unit no. 92616. Both were from Vetka and dreamed of serving in the airborne forces. They were recruited in the autumn of 2015 and took the oath of allegiance in December 2015. The friends told their relatives that they liked serving and were also praised in the unit. Then the parents received a call that their children had deserted. “The representative of the military unit used obscene language and threatened that if he found them first, he would hit them in the head ten times at least. Before that, after the oath of allegiance, the children called us more than once, asking us to send them money, large sums for us, for Vetka. They were explaining that they had to pay money to someone for various alleged violations. Then it turned out that they were simply being extorted and beaten,” the boys’ relatives said. They were forced to run away by threats and cruelty from the soldiers. “They were beaten with an iron hanger on their legs and arms, Vanya’s legs were all blue, and his arms were smashed. According to different reports, Ivan was beaten up to forty times with an iron hanger. Another person told me that my brother had been beaten 100 times with a coat hanger. They also hit him in the head, on the elbow, so there wouldn’t be any marks, and in the jaw,” said a sister of one of the escaped men. The commanders played music loudly so the screams could not be heard. The soldiers were found in Brest a few days later, in one of the entrances. The man who found them handed the boys over to relatives. 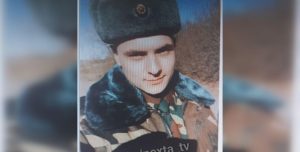 On March 19, 2019, Aleksander Nevmerzhytski, 18, left his military unit in the military town of Pechy. Ten days later, Borisov military commandant’s office representatives caught him in Smolevichi district. The soldier had travelled about 30 kilometres. According to the Ministry of Defense, the escape was not connected with any illegal actions against Nevmerzhytski. He was positive in the service. The young man had been on leave twice in his homeland in Lelchitsy district. The relatives exclaimed: “It’s not like him to run away somewhere”. The boy spent six months in the troops. Before the army, he studied as a construction worker and managed to work in Soligorsk.

In December 2019, a 19-year-old soldier escaped from a military unit in the village of Zaslonovo, Lepel district. He was serving in a mechanized brigade and had not yet had time to take the oath. The soldier was found in Lepel a few hours later. The Ministry of Defense said that he decided to leave the unit on his own for personal reasons. He faced disciplinary punishment for this violation.

April 2, 2021, Aleksandr Karatkevich, a 19-year-old enlisted soldier, escaped from the training ground in the Brest region. The guy left his unit in a truck, carrying a gun. The Ministry of Defense suggested that the soldier had gone home to his girlfriend in the Polatsk district. The truck got found later in Ushachy. The guy was searched for in 11 districts of the Vitsebsk region. On April 4, Aleksandr was found in the village Lobani, Ushach district. The resident informed the police that a soldier had come to her house and asked for food. The young man got detained. His mother is sure he didn’t run away because of the girl, “I have no idea what made him do that. All I know is that he liked it in the army, he liked it a lot. He was even proud of it. What could have happened, I don’t know. The child was calling, happy, and then, there was such a drastic turnaround”. For escaping from the army, Alexander received a sentence of seven years in a high-security prison.

Why is it important to talk about escapes from the army? There may soon be more of them because not all conscript soldiers agree to enter Ukraine on tanks and fight for Russia. Many may be hurt, killed or severely punished during the escape. And we won’t find out about it – the Ministry of Defence will try to silence the situation. The “NO means NO” campaign aims to help Belarusian soldiers avoid such a fate.