There are new death threats against Our House and other democratic structures that are located abroad.

Opponents of the Lukashenka regime who are abroad deserve to die because they have been possessed by the devil. Such a conclusion was made on October 2, 2022 on the television channel STV in the program «Nedelya” by the Deputy Minister of Internal Affairs Nikolai Karpenkov.

According to Karpenkov, opponents of the Lukashenka regime are surrounded by satanic symbols, and «the devil has settled in them so much that they have become real mad dogs that deserve death».

Nash Dom perceives as a direct threat what STV voiced during the broadcast, since there was a specific reference to Olga Karach. Earlier, the anchorman, Lukashenka’s propagandist Grigory Azarenok, posted a photo on his social networks, depicting the director of the Belarusian human rights organization Our Home Olga Karach as the devil, at the same time Azarenok was comparing himself to an angel. 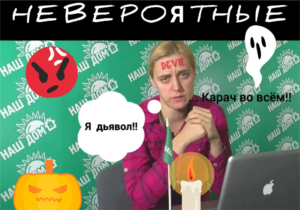 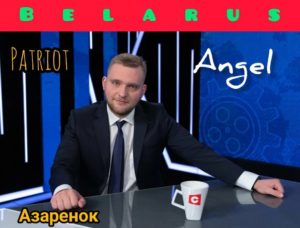