We receive documents from Belarussian state bodies based on which we see that a wide repressive campaign has been launched against the protesters with underage children. Scans and translations of documents are attached below.

We are asking our partners about the urgent and very serious attention to the situation.

The main points are as follows:

The experience of using of the decree 18 in the past years shows that such documents make it easy to identify a family with an active civil position as socially disadvantaged and to take the children to an orphanage.

We receive information about numerous threats from the authorities to take children off the families of the protesters. Unfortunately, there are already cases of children being taken away to an orphanage.

Protocol of the National Commission on the Rights of the Child of the Republic of Belarus dated September 24, 2020 No. 2 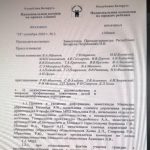 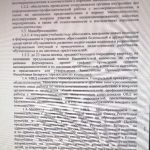 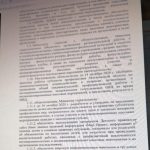 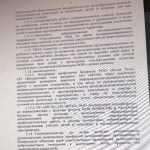 Chairman: Deputy Prime Minister of the Republic of Belarus I. V. Petrishenko

1.8. The National Centre of Legislation and Legal Research of the Republic of Belarus and the National Centre of Legal Information of Republic of Belarus, together with other interested, to ensure the analysis of legislative acts in terms of the need to enshrine in them regulatory requirements on the inadmissibility of involving minors in participation in a meeting, rally, street procession, demonstration, picketing, and other mass events held in violation of the established procedure for their organization and ( or) conducting; 1.9. The Ministry of Sports, together with the regional executive committees, the Minsk City Executive Committee, ensure that explanatory work is carried out with minors involved in physical culture and sports in specialized educational and sports institutions, secondary schools of the Olympic reserve, physical culture and health centers, centers of physical culture and health work, physical culture and sports clubs, and also with their legal representatives on the norms of legislation governing the issues of participation in unauthorized mass events, as well as on the responsibility and consequences of violation of the law;

to the parental public the legislation regulating the issues of parental responsibility for raising children and creating safe conditions for them.

ADMINISTRATION OF THE OCTOBER DISTRICT OF MOGILEV

The electronic version corresponds to the original October 26, 2020 No. 90 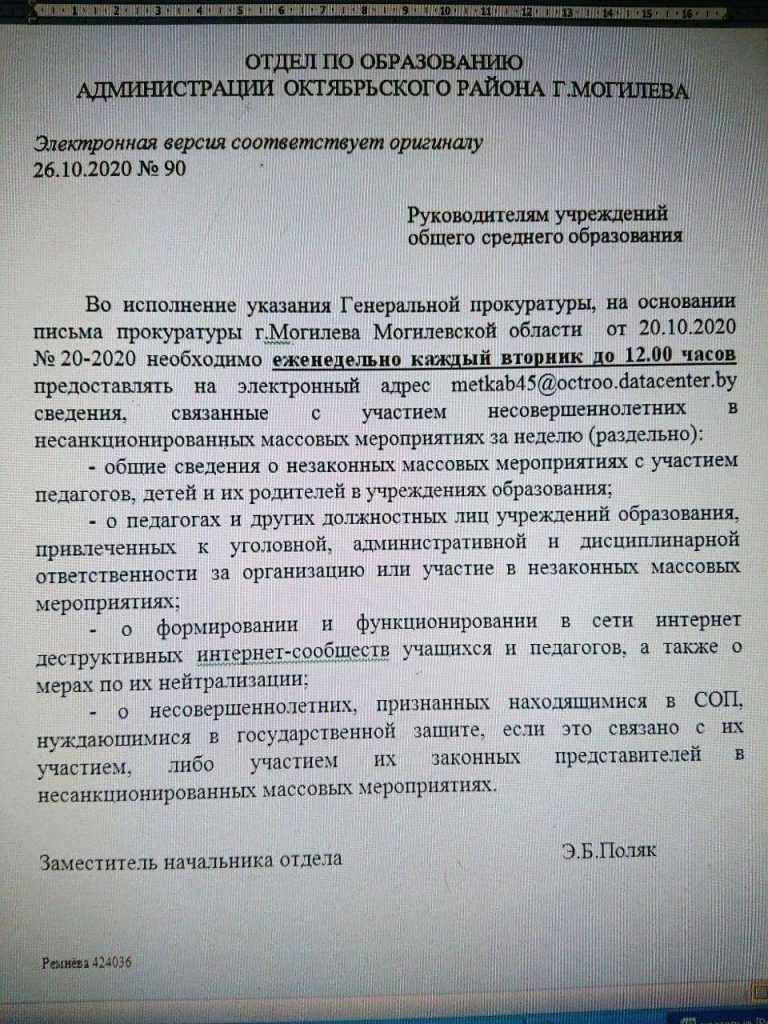 provide to the e-mail address [email protected] information related to the participation of minors in unauthorized mass events for a week (separately):

Members of the National Commission on the Rights of the Child of the Republic of Belarus:

Makarina-Kibak Lyudmila Eduardovna – Chairman of the Standing Committee of the Chamber representatives of the National Assembly of the Republic Belarus for health care, physical education, family and youth policy

Razhanets Valentina Vitalievna – Deputy Chairman of the Standing Committee of the Chamber representatives of the National Assembly of the Republic Belarus for human rights, national relations and media

Chairman of the National Commission on the Rights of the Child of the Republic of Belarus:

Deputy Prime Minister of the Republic of Belarus

Born in 1965 in the village of Neglyubka, Vetka District, Gomel Region. In 1986 he graduated from the Vilnius Command School of Radio Electronics, in 1992 – from the Military Red Banner Institute, in 1998 – from the Academy of Management under the President of Belarus.

2018 Deputy Prime Minister of the Republic of Belarus