The tragedy happened in Correctional facility No. 1 in Novopolotsk. Andrei Dubik, convicted in 2017 in the “Case of 37”, was found hanged in the punishment cell. Prior to this, since January 8, his relatives have not received letters from him. He had earlier spoken of pressure from the administration to admit guilt and complained that he was not feeling well mentally[1]. 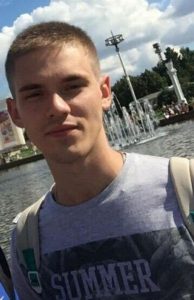 Andrei Dubik ended up in Correctional facility No. 1 six months ago, and before that he was held in pre-trial detention center No. 1 in Minsk. During the six months of his stay in the colony, the boy’s parents were able to see him only twice, and on the eve of the suicide, the young man’s father called the colony and found out that everything was fine with his son, but he was in the punishment cell. The relatives were also not given detailed information about Andrey’s death – they cannot get through to the colony.

Andrey Dubik was detained on July 28, 2017 together with a friend. The young man was found to have 0.044 grams of marijuana. It turned out that he and a friend went to buy sneakers. Andrey’s friend had the coordinates of the bookmark with the drug. The battery on his phone was running low, so he transferred the coordinates to Andrei’s phone so they wouldn’t get lost. As a result, the guys were detained – they lay on the ground for four hours, after which they were beaten. The investigator on the case was stripped of his bonus because of this.

Despite the fact that there was no evidence of Andrey’s involvement in the “case of 37”, he still received a sentence of 11 years and 6 months. The guy was found guilty under part 4 of article 328 of the Criminal Code – “Illegal trafficking in narcotic drugs, psychotropic substances, their precursors and analogues” (actions committed by an organized group) and under part 2 of article 285 of the Criminal Code – “Participation in a criminal organization.” The discovery of small scales on which “bio-dust” was found in his home during a search was used against him . Andrei did not admit his guilt, an appeal was filed against the decision of the Minsk City Court, but the verdict was upheld.

“Case of 37” is one of the most massive trials in Belarus. The investigation into this case ended in November 2018. According to the data of the Investigative Committee, from 2016 to 2017, more than 30 people for mercenary motives entered the structural units of international criminal organizations, which received income from the sale of drugs and psychotropics. These units belong to two major online marketplaces. Among the accused in the criminal case are one woman and men between the ages of 18 and 46. Eight defendants graduated from higher educational institutions, 15 had legitimate sources of income and a permanent place of work. 11 persons under investigation were previously convicted, including for illegal actions with drugs[2].

During the investigation, 7 kilograms of drugs and psychotropic drugs were seized. Arrest was imposed on the property of the accused, including cars and computer equipment for a total amount of over 117 thousand rubles. More than 370 expert studies have been carried out. In addition to Article 328, the defendants were also charged with Articles 285 (participation in a criminal organization), 328 Part 1 (illegal movement across the border of Belarus of narcotic drugs, psychotropic substances or their precursors or analogs) and 329 (sowing or growing prohibited plants or mushrooms, containing narcotic drugs or psychotropic substances).

The trial began in February 2019. The trial took place on the premises of the pre-trial detention center No. 1. The defendants were accused of working for two large online stores of drugs and psychotropics (White & Fluffy and Concern Kalashnikov), where goods were supplied from Russia and Ukraine. The verdict in the “case of 37” was delivered on October 14, 2019. In total, the defendants were sentenced to 331 years in prison and 14 years in restriction. The longest sentences were received by the only woman in the case, who was sentenced to 14 years, and by a man who was stripped of his rank of “police chief” and sentenced to 15 years[3].

Andrey Dubik’s case is not the first case of suicide of prisoners convicted under Article 328. In January 2016, 20-year-old Yegor Protasenya tried to hang himself in Zhodzina prison, sentenced in December 2015 to 14 years, but the guards managed to save him. He made a suicide attempt in protest against the cruelty of employees of the Investigative Committee and the drug control department, as well as against the falsification of his case. He spoke about this more than once in his letters. It is known that during the arrest, a gas mask was put on the guy’s head and oxygen was cut off, and a syringe with a brown liquid was held near his vein and they threatened to inject him with drugs if he did not admit his guilt.

On the day of his suicide, Yegor’s mother tried twice to get to see him, but both times she was refused. The last letter of her son was not shown to the woman. After attempting suicide, Yegor fell into a coma. He was taken to a local hospital and later sent to the hospital in the Minsk detention center. At the trial, sometime later, the guy was released from responsibility for health reasons and was sent to the Saligorsk hospital. From there he was taken by his mother to care for him at home, but he died three weeks later[4].

In the summer of 2018, under Part 3 of Art.328 was convicted of Maxim Rudko. He was sentenced to 8.5 years in prison. The guy served his punishment in Ivatsevichi in correction facility-22 and was registered as prone to suicide. In February 2019, he received a reprimand from the squad leader for not shaving well, which effectively made it impossible for him to be released on parole. And on March 8, 2019, the body of Maxim Rudko was found in a technical room. At that time, he had been in the colony for only six months[5].

In April 2018, 17-year-old Emil Ostrovko was arrested and accused of distributing drugs as part of an organized group. The guy found a job on the Internet – his task was to distribute smoking mixtures; the employer positioned the job as legal. In the detention centre, the guy attempted suicide – most likely due to threats and pressure from law enforcement agencies in order to obtain a confession. The teenager was not provided with a psychologist, and they tried to hide the situation. In addition, the doctors of the Central Regional Hospital of Minsk did not confirm the presence of cuts on the hands[6].