The corresponding decree was signed on March 9. According to it, the armed forces, transport troops, state security agencies, the Investigative Committee, and border troops can combine the provision of security services and making a profit. Economist Yaroslav Romanchuk analyses what may happen after this decree is adopted. 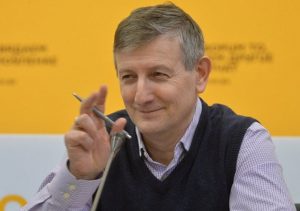 The decree stipulates that the security services will be able to keep money from recycling material resources and precious metals, as well as funds received by military units from income-generating activities.

“Who will remain in the market for secondary resources, including scrap metal, plastic, glass, etc., when generals and colonels from various military and paramilitary units enter it in a broad front? What will happen on the real-estate and land market when people in caps, epaulets and stripes suddenly become active on it? What will happen to the market of gold, platinum, diamonds and other precious commodities when retired generals or serving colonels or majors take commanding positions within it?” – questions the economist.

In his opinion, this decree is gratitude to Lukashenko for the role the military played in the events of 2020. Besides, this way he pays the military for their actions in 2021 and further. The document grants the military commanders the right to organize business schemes, putting on one end of the scale the defence capability and national interests, and on the other – personal profit and performance of any orders of the commander in chief, that is Lukashenko. In addition, the “civilian” businessmen will have serious competitors with weaponry.

Remuneration of security officials, writes Yaroslav Romanchuk, must be transparent and budgetary: “When traffic cops are paid extra by the notorious “40” speed limit sign (put it wherever you want), when the police are given additional remuneration in the form of an exclusive right to provide mandatory security services, when the military are allowed to sell various goods and “channel” the income in the name of “improving the efficiency of use of extrabudgetary funds” – the country is steadily falling apart and becoming an easy prey for dark forces”. Obviously, the aim of the decree is to increase the welfare of individual officials.

Yaroslav Romanchuk sees the following consequences of the decree: weakening of the national security system, increasing corruption risks, worsening of the quality of state services, increasing risks of discrimination and unfair competition, reducing the number of entrepreneurs, accelerating the process of preparing Belarus for a system of modern nomenclature and special force feudalism. This decree will certainly not increase the professionalism of the army and special services, the conditions of ordinary soldiers.

“There is no reason to think that commercial activities of military organizations will increase the population’s confidence in them. However, we can definitely see shooting in the streets, seizure of businesses and elimination of competitors in various market segments”, Yaroslav Romanchuk sums up.