Today no one in Belarus is surprised to be detained for literally everything – for a comment on social networks, for wearing red and white clothes, for standing in a queue. But in this string of arrests, there are cases that are particularly revealing. In an attempt to turn people into slaves, the authorities are prepared to detain for hearts on windows, signs on houses and for reading books in the train. We present to you a selection of the most absurd detentions in Belarus in recent months. 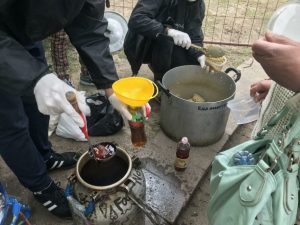 On 23 January, activists and wards of the “Food Not Bombs” initiative were detained in St Michael’s Square in Minsk. The police officers also took the food containers that were intended for the homeless. The volunteers and their wards were taken to the police stations.

The food distribution proceeded as usual, but at some point, law enforcers appeared from the side of Kirov Street. Activists with food containers ran into the courtyard, a few people managed to hide in the entryways, but the law enforcers followed them in. Some were detained and put in a bus. A little later it became known that the detention of volunteers took place in the park of Simon Bolivar.

Karina Radchenko, a volunteer medic and founder of the “Street Medicine” volunteer initiative, and Tatiana Loboza, a volunteer assistant, were also detained. They were carrying out an inspection of the homeless.[1]

Arrested for playing music in an underpass 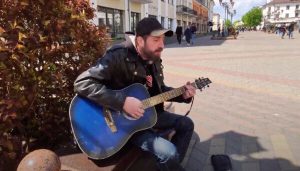 On February 11, on the first day of the All-Belarusian People’s Assembly, 36-year-old musician Andrei Dragun was detained in an underpass near the Nemiga metro station. Before his arrest, he played guitar and sang songs.

Two protocols were drawn up against the musician: on part 1 of article 23.34 (participation in an unauthorized mass event) and article 23.4 of the Administrative Code (disobedience). On February 12, the trial of Andrei Dragun took place. The musician pleaded not guilty under any of the protocols. During the trial, the judge asked the 36-year-old man for his mother’s maiden name.

Andrei Dragun was sentenced to 20 days of administrative arrest.[2]

Detained for reading books in the train 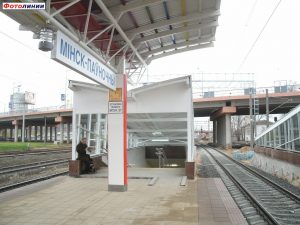 One of the pensioners, 66-year-old Galina Gulenkova, was sentenced to 20 days of administrative arrest. Elena Zastenchik was fined 1,740 rubles. Six pensioners received fines of 870 rubles. The trial of 75-year-old Natalya Ivanisova took place right on the day of her arrest – she was fined 725 rubles. In total, pensioners must pay the state 7685 rubles.[3]

Arrested for flowers to women

On March 7, Aleksandr Novik, a member of the strike committee of JSC “Belaruskali”, was detained in the park of the Four Elements of Soligorsk. He went for a walk and gave flowers to the girls in honor of International Women’s Day. On March 9, a trial took place over him. Alexander Novik was sentenced to 15 days of administrative arrest for participating in an unauthorized mass event.[4]

Detained for the white and red hearts on the window 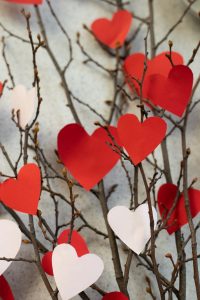 On Friday, 19 March, Minsk Savetski District Court tried Igor Lemeshev, 52, who placed three hearts of white and red flowers on the window of his flat. Igor was detained on March 18 – allegedly “an indifferent citizen” called the police and informed that unauthorized white-red-white hearts were hanging on the 10th floor window. A protocol was drawn up against Igor Lemeshev under Article 24.23 on violation of the procedure for holding mass events. The man spent the night in a temporary detention center. In court, he said that his children cut out the hearts before the New Year. The judge tried to find out from Igor why “political” colors were chosen for the hearts and why there were three of them. The interrogation looked something like this:

– How many children cut out, so much and pasted.

– Where did the sheets come from?

– Why weren’t the green hearts cut out?

The judge found Igor Lemeshev guilty of unauthorized picketing and appointed him 15 days of administrative arrest.[5] 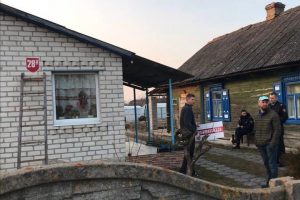 On March 26, in the city of Ivanovo, Brest region, a local resident, Andrei Drazhin, was detained. His house has a white address sign with a red stripe in the middle. For six years before that, it had not bothered anyone, but now six people – four uniformed officers and two civilians, who were introduced as witnesses – have come to detain the landlord because of it.

All premises on the site were checked for prohibited symbols. After that, two tablets were removed and seized. The police explained: white-red-white signs with the street name and house number in the Latin alphabet are equivalent to a solitary, uncoordinated picket.

At home, Andrei Drazhin has a minor child. The family was not allowed to familiarize themselves with the protocol. The reason for the visit, as the son of the accused said, was an anonymous call to the police. But on what basis the plate with the house number is considered a picket is still unclear.[6]

Detained for the color of uniform vests and bags 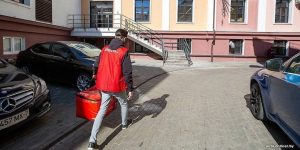 On March 27, a courier of the Menu.by food delivery service Alexander was detained. On that day, he accepted the order, picked it up at a fast-food restaurant near the Pushkinskaya metro station, then went to the bus. At that moment, he saw a convoy of military equipment and photographed it. The law enforcers approached him almost immediately, asked to see his phone, and then detained him. The protocol stated that there was no food with him. And according to the materials of the case, the guy took part in an unauthorized rally, where he shouted slogans and clapped his hands. In addition, his message was found in social networks that riot police were located near the Pushkinskaya metro station. It should be noted that the delivery service, where Alexander works, is dressed in conspicuous red waistcoats with a white Menu.by logo and carries red thermal bags for food. During the interrogation in court of a witness – a police officer – the judge specified the color of the accused’s clothes. Alexander was found guilty and fined 1,740 rubles.[7]

Detained for a walk along the avenue together

Sergei and Ivan Bryusovs were also arrested on March 27. They were returning home along Independence Avenue and decided to take pictures of the convoy of military vehicles. The policemen noticed this and detained the brothers. At the Pervomaisky district police department, they drew up reports under Articles 24.23 and 24.3 of the Code of Administrative Offences. According to the reports, Siarhei and Ivan participated in the “organised movement of a group of two persons and refused to enter the official vehicle when detained”. The brothers are caring for a sick mother who has suffered a stroke. Each of them was given 30 days of administrative arrest.[8]

Detained for pizza and coffee 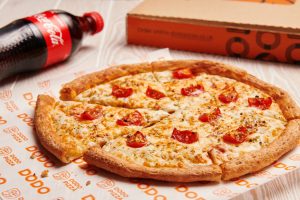 The story happened to a 29-year-old artist of the Bolshoi Theatre Orchestra of Belarus, Anastasia Petrova. On 27 March at 2.10 p.m., she finished her performance. She and a friend decided to eat pizza outdoors. The girls went to the Dodo-Pizza pizzeria. At 3.30 pm, at the exit from the pizzeria with food and coffee in her hands, Anastasia was detained.

In the protocol under Article 24.23 of the Administrative Code it was written that the girl “participated in a mass event and shouted “Long live Belarus”. Anastasia did not admit her guilt. However, in court, the 29-year-old artist was found guilty and sentenced to 15 days of administrative arrest.[9]

Detained for a tour 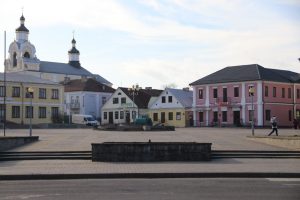 On March 27, in Novogrudok, a group of 15 people who had gathered for an excursion dedicated to the Novogrudok Tatars was detained. People came to the museum, paid for a city tour. At two o’clock, an employee of the museum Anastasia Gritskevich went out to the group on the square, but she was not even allowed to start the excursion. The group was surrounded by police. The participants of the excursion did not have any flags or other designations with them. By the way, the guide was not taken away. The people were kept in the square until the money for the tour was returned to them, and then they were taken to the police.

A few hours later, the detainees began to be released. For the participants of the excursion, protocols were drawn up for interviewing persons suspected of committing an administrative violation. By the way, in January in Novogrudok they also detained an excursion group and the former director of the local gymnasium, who never made it to the excursion.[10]