According to the Chattam House poll, only 3 per cent of Belarusians support the war with Ukraine. Among the remaining 97%, many try to show that Belarusians are peaceful people who do not want to fight with their neighbours. It has become more difficult because of the repression that has not stopped for two years, but courageous Belarusians are still in the country. One way to say no to war and an illegitimate president is a rail war.

The course of the rail war in Belarus

Attacks on the railway began even before the war in Ukraine but became systematic from the very first days of hostilities.

How “rail war” partisans are being detained

Since early March, the illegitimate authorities of Belarus have declared a fight against the rail partisans. On March 2, the first comments on the rail war appeared from the Interior Ministry. They qualified the arsons of relay cabinets as “acts of terrorism”, and a hunt was launched against those who committed them. “We warn everyone who would even think of committing any illegal actions on the Belarusian railway: all of them will be qualified as acts of terrorism, and the reaction will be as tough as possible. One doesn’t negotiate with terrorists, they are destroyed,” said the agency. 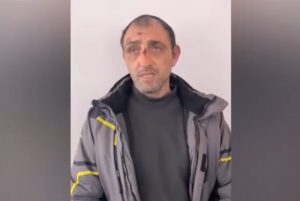 At night, March 1-2, Sergey and Katsiaryna Glebko got detained in Stalbtsy after setting fire to the logs on the railway tracks. The couple has three minor children. At the police station, forces beat Sergey. According to the Interior Ministry, he faces up to 20 years in prison. A criminal case under article 289 of the Criminal Code (the act of terrorism) was brought against Siarhei Hlebko.

On March 2, officers of GUBOPIK in Osipovichy detained a 43-year-old resident. According to the human rights activists, he is Aliaksey Shyshkovets. According to the Interior Ministry, in early 2022, the man “joined the extremist formation BYPOL in the chat-bot to carry out illegal acts in Belarus”. A criminal case was opened against Aliaksey for participation in an extremist formation to commit extremist crimes (Article 361-1 of the Criminal Code). 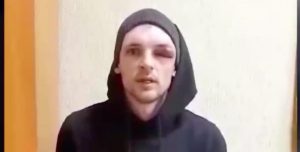 On March 4, law enforcers detained three residents of Svetlahorsk Dzmitry Ravich, Denis Dikun and Oleg Molchanau. The men got accused of arson of a relay cabinet of the alarm system. One of the detainees, Denis Dikun, appeared in a “repentant” video of the Interior Ministry – the video shows that he has an injured eye. Together with them, police also detained their family members: the wife of Dzmitry Ravich and the daughter of Oleg Molchanau.

On March 6, in Vitebsk, the police detained Siarhey Kanavalau, an employee of Vitebsk branch of the Belarusian Railways. According to Siarhey’s colleagues, before the detention, he had a conflict with the deputy head of the railway station for ideology. He reported that Sergei was preparing an act of sabotage. A criminal case was opened against the man for the terrorism preparation.

On March 27, three assistant drivers were detained, while another one – a driver of locomotive depot Homel (HH-8) – was arrested on March 28. The driver was taken directly from the depot for the trip. On the same days, employees of other departments of Belarusian Railways were searched and detained. More than 30 railway workers were detained. People were forced to record penitential videos for state propaganda.

On March 30, Valiantsin Samosiuk, a 29-year-old worker of the Baranavichy railway department, was detained. He administered the thematic resources of the department: a group in the social network “Vkontakte” and an Instagram account. Valiantsin Samosiuk got sentenced to 10 days for the distribution of extremist materials.

Also, on March 30, law enforcers managed to detain a group of partisans who set fire to relay cabinets. They were shot in the knees and then forced to record a penitential video during the arrest. Deputy Minister of Internal Affairs Gennady Kazakevich stated that the men resisted. “Community of Belarusian Railwaymen” named the detainees – they are Babruisk residents Yauhen Minkevich, Uladzimir Avramtsev and Dzmitry Klimau.

On April 1, a 40-year-old resident of Minsk district got detained in Barysau district. He got accused of arson of a relay cabinet on March 24-25. Deadly force was used against him, and he was severely injured. Law enforcers said they found several weapons, radios and binoculars during the detainee’s house and the car search.

The rail war in Belarus gives us reason to be proud of the Belarusians who fight the regime using attacks on the railway. But we understand that this is fraught with new repressions and new sentences, so we ask all partisans to be as careful as possible. And may these exploits in the rail war will end the Russian occupation of Belarus and Ukraine.