The illegitimate government is very proud of the heroic deeds of the Belarusian soldiers during the Second World War and constantly reminds that there will be no fascism on the territory of the country. However, in the spring of this year, with Lukashenko’s prompting, harassment of the Polish population began in Belarus. First the Polish consul in Brest was expelled, then the authorities took on the Union of Poles in Belarus, and now everyone who had studied Polish in Belarus is under threat.

State propaganda has repeatedly stated that it is Poland that finances the protests in Belarus, makes heroes of war criminals and even wants to destroy Belarus and take the Grodno and Brest regions for itself. In addition, it is in Warsaw that Pawel Latuszko is based, as are the offices of the People’s Crisis Management and Coordination Council. Poland, in turn, condemned the actions of the Belarusian authorities and violence against civilians. All this influenced the fact that relations between the countries deteriorated significantly.

On March 9, Minsk announced the expulsion of the consul of the Consulate General of the Republic of Poland in Brest Jerzy Timofejuk. On 28 February, a diplomat attended an unofficial event to commemorate the participants in the anti-communist underground in Poland after World War II. The event took place at the Polish Social Scout School named after Romuald Traugutt in Brest. The Belarusian authorities explained: “The cynical justification of the genocide of the Belarusian people, gross violations of the obligations of the Polish side to prevent the glorification of Nazism are absolutely unacceptable.” On March 10, the Brest prosecutor’s office opened a criminal case on the glorification of war criminals and soon demanded to liquidate the Polish school in Brest. Later, its director, Anna Panisheva, and one of the co-founders, Alexander Navodnichy, were detained.[1]

Two days later, on 11 March, the Charge d’Affaires ad interim of Poland in Belarus, Martin Wojciechowski, was summoned to the Belarusian Foreign Ministry, and the head and consul of the Consulate General of Poland in Hrodna, Jarosław Księżyk, was expelled from the country. The reason is “an excessive, asymmetric and destructive response of Poland to a legitimate and motivated decision of Belarus”.[2] On March 12, in response to the actions of the Belarusian authorities, Poland expelled two consuls of Belarus – from Warsaw and Bialystok. 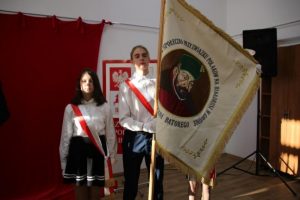 The authorities did not stop there and took up the unregistered Union of Poles in Belarus. On March 16, security officials came to the Polish school named after Stefan Batory at the Union of Poles in Grodno. In this school, children learn Polish language, literature and culture. Representatives of the Prosecutor’s Office asked about the teachers, inquired about maps, curricula and textbooks, and asked whether the school celebrates Polish national holidays and invites Polish diplomats and representatives of the Belarusian authorities to them. Exactly the same checks took place in the departments of the Polish public school in Brest, Baranovichi, Lyakhovichi, Volkovysk.[3] 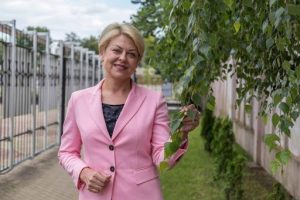 A week later, on March 23, the head of the Union of Poles in Belarus, Anzhelika Boris, was detained. The Leninsky District Court of Grodno arrested her for 15 days. The reason was the unauthorized craft fair “Grodno Kazyuki 2021”, which took place on March 7 and was organized by the Union of Poles. On the same day, Deputy Foreign Minister of Poland Marcin Przydacz said that the Polish consulate in Grodno was contacting the Belarusian authorities to find out the reason and details of the detention.[4] A Belarusian chargé d’affaires ad interim was summoned to the Polish Foreign Ministry, and the ministry itself called on the authorities to stop the repression of the Polish minority in Belarus. The judge who sent Angelica Boris to jail was banned from entering Poland indefinitely. 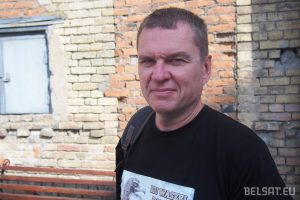 On Freedom Day, March 25, security officials searched the apartment of Grodno journalist Andrzej Poczobut. Two laptops, disks, old telephones, literature and documents in Polish, and awards were seized from him. The journalist’s wife said that he was suspected of inciting racial, national, religious or other social hostility or hatred (Article 130, Part 3). The lawyer was not allowed to search, and Andrzej Poczobut was detained. The Director of the Office of the President of the Council of Ministers of the Republic of Poland, Michał Dworczyk, reacted to the journalist’s detention. On the same day, searches were carried out in the editorial offices of the Union of Poles in Belarus: Głos znad Niemna and Magazyn Polski – and in the office of the organization itself. Interior Ministry officials also visited the chairmen of the regional branches of the Union of Poles: Maria Tishkovskaya from Volkovysk and Irene Bernatskaya from Lida. They, like Pochobut, face charges of inciting ethnic hatred. Both women are recognised as political prisoners.

On the same day, a letter from the Smorgon prosecutor’s office came to the address of the Smorgon centre of language courses “Akademia.by”. The organization is asked to provide “information on the provision of services for teaching the Polish language”, as well as data on teachers and a list of Polish language learners at this center. It was written in the letter that this was due to “an emerging need”. A similar request was received by the Grodno training centre “Tree of Knowledge” and the private Vorono.by centre in Lida, which runs classes at the local church.

On 29 March, Polish President Andrzej Duda wrote a letter to US President Joe Biden, stating that “the regime in Minsk is attacking the Polish minority for political reasons as members of Belarusian society affiliated with transatlantic democratic institutions”. Andrzej Duda called on the United States to pay attention to the violation of human rights in Belarus, the persecution of its civil society, including the Polish minority, and to put this issue on the agenda at one of the next meetings of the UN Security Council.[5] 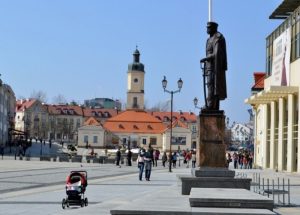 On 30 March it became known about the suspension of relations between Bialystok and Grodno under the twinning-city programme, which was caused by the detention of activists of the Union of Poles. This decision was made by the Bialystok City Council. In his statement, he expressed solidarity with the arrested representatives of the Polish minority and “all Belarusians who are being persecuted for the struggle for freedom and democracy.” “The suspension remains in effect until the release of Polish activists or until the end of the repression against Polish organizations and schools in Belarus,” the statement said.[6]

Repressed Poles in Belarus were supported by their compatriots in Poland and Lithuania. More than a hundred Polish scientists, artists, public figures and journalists from Poland signed an appeal to the Polish government asking to support victims of repression in Belarus, in particular activists of the Union of Poles.[7] A similar statement was spread by the organizations of the Poles in Lithuania. The head of the Vilnius branch of the Union of Poles Marek Kubiak said that the community condemns the obvious violation of human and minority rights.[8]

ICCI “Nash Dom” continues to follow the fate of the Poles who fell under the repressions of the illegitimate regime. We ask Polish public organizations to pay attention to the persecution of compatriots on the territory of Belarus and to take measures to put pressure on the Lukashenko regime in order to prevent a real genocide.