The closure of national minority schools poses major threat for all society. Children are turned into slaves who will simply follow orders.


Stop fascism and genocide, which have already come close to the youngest citizens of Belarus! This was the primary call during the protest against both the closure of national schools in Belarus and deprivation Belarusian children’s of the fundamental right to study in their mother tongue. The meeting was initiated by the International Center for Civic Initiatives «Our House» and the Belarusian diaspora of Vilnius. Lithuanian and Polish politicians and public figures, representatives of the Ukrainian diaspora, the teachers of closed Lithuanian and Polish schools in Belarus responded and participated. 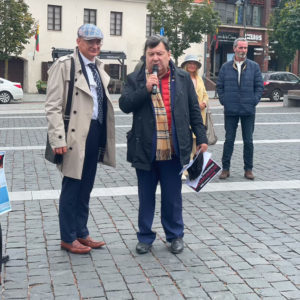 «For hundreds of years, Belarusians and Lithuanians lived together in Belarus, national languages and European education have been maintained. Since the beginning of this school year, Lukashenko’s decree on school teaching only in Russian/Belarusian has come into force. Until September 2022, there were at least two Lithuanian-language schools and two Polish-language schools in Belarus, and nowadays there are none left,» said Emanuelis Zingeris, politician and public figure, member of the Supreme Council of the Republic of Lithuania, member of the Seimas of the Republic of Lithuania, member of the Committee on Foreign Affairs of the Parliamentary Assembly of the Council of Europe and Special Rapporteur on Belarus. «What is it if not fascism when people are oppressed on the basis of their national belonging!»

In addition, as the politician emphasized, the education in the Belarusian language in Belarus has been reduced to zero. In the mid-90s, education in Belarusian was provided by 58% of schools, and in 2022, the number of Belarusian-language schools corresponds to approximately 2%. «This is a real disaster, because they are replacing education in Russian with the «Russian world» ideology! There is a zombification of children, imposing them hate-filled ideas. And we can’t stand aside, we need to fight for every child in Belarus».

The Seimas of Lithuania has prepared a Resolution authored by Emanuelis Zingeris against the persecution of the indigenous groups, who have their right to study in their native language. The document will be considered in the Seimas of the Republic of Lithuania in the upcoming days. 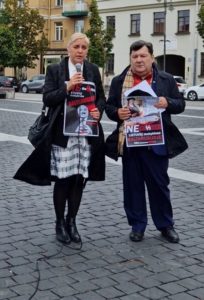 «We welcome this resolution as both support and an act of solidarity Lithuanian politicians with Belarusian children», – said Olga Karach, Belarusian politician, public figure, human rights activist, director of the Belarusian human rights organization Nash Dom. «Today, any national culture in Belarus is being destroyed with the exception of Russian one. Lukashenka wants to educate a generation of Belarusians who will be poisoned by the propaganda of the «Russian world» and easily could be used for any attacks against their neighboring countries – Lithuania, Poland, Ukraine, Latvia».

According to Olga Karach, the actions of the Belarusian regime for the infringement on the rights of young citizens of Belarus should become a separate chapter in the international hearings on Lukashenka’s criminal offenses. «We need a reaction from the international community. We need a resolution from the European Parliament, the UNO, the OSCE, PACE. It is also necessary to create online schools so that children would be able to continue their studies in Lithuanian, Polish, Ukrainian and Belarusian». Presently children are not provided with their right to choose the language of instruction, they are deprived of the possibility to choose language they speak at home. For this reason, such young citizens need for overall support.»

Olga Karach also underlined that national school closures (Polish, Lithuanian, Ukrainian) is the tip of the iceberg. «Following is the militarization of the children in Belarus, their indoctrination in order to get adherents of the «Russian world» without barriers and moral guidelines. Nowadays we protest against the closure of Lithuanian, Polish and Ukrainian schools in Belarus, a sharp and catastrophic reduction in schools with the Belarusian language of instruction and the deprivation of the right of Belarusian children to study in their native language. The action is only the beginning, the first step.»

«Our House» is planning a systematic campaign to draw attention to the situation of young citizens of Belarus. 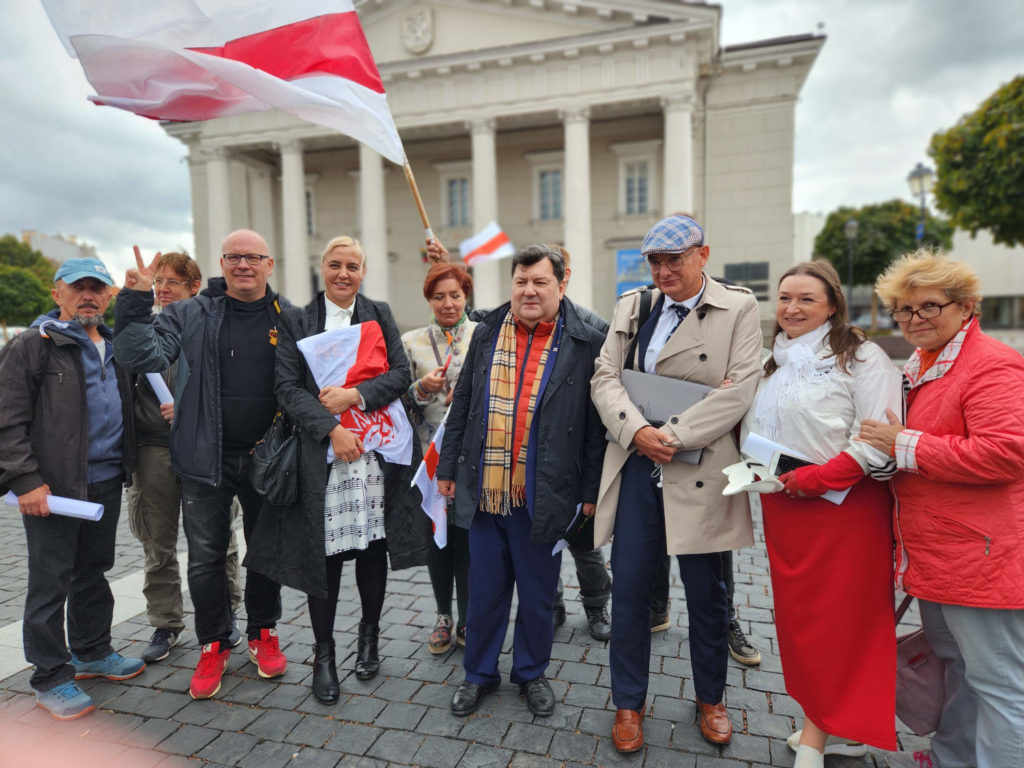 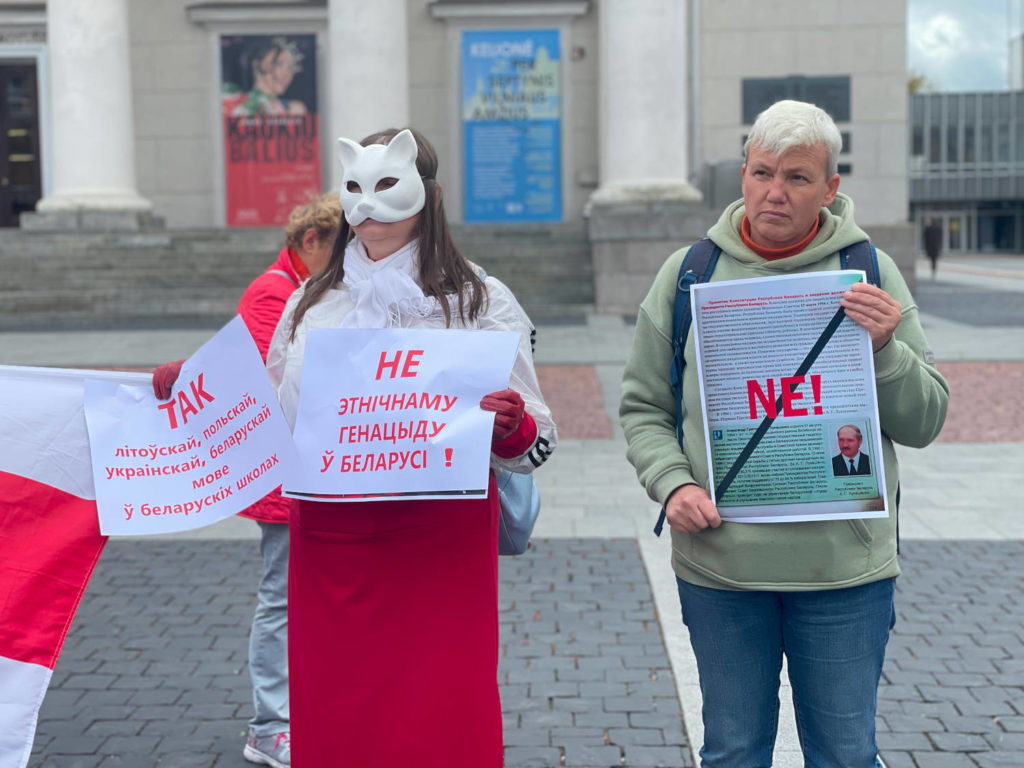 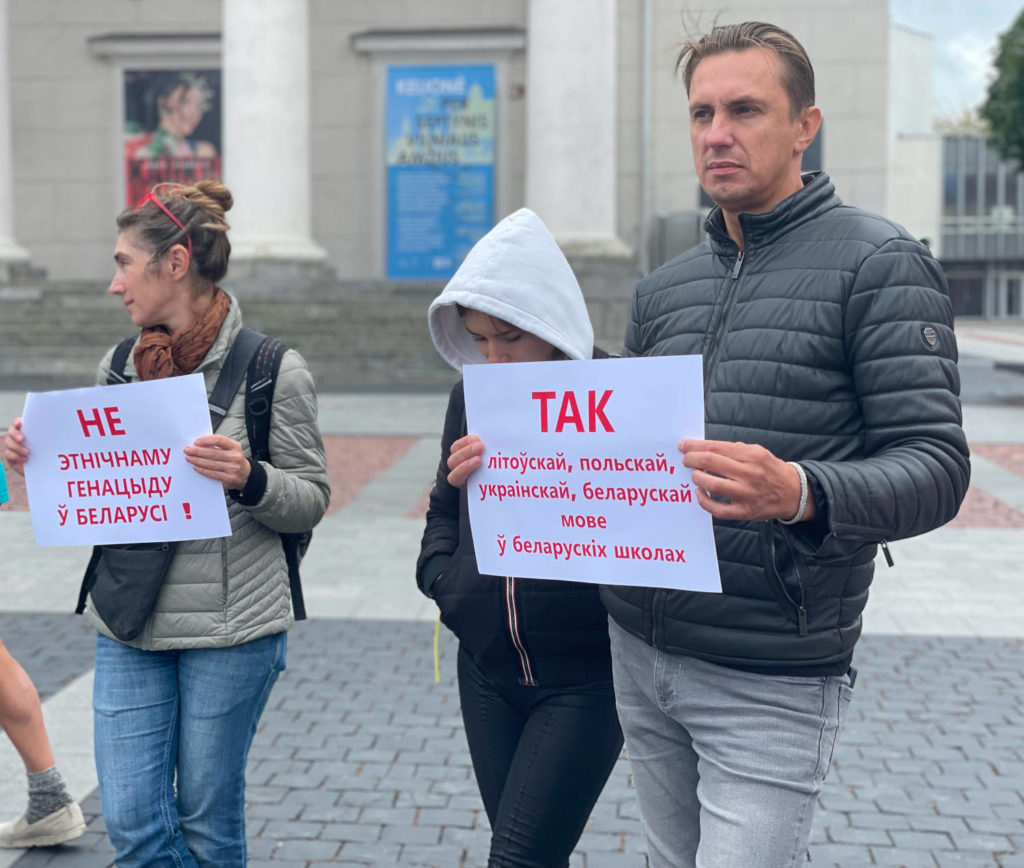 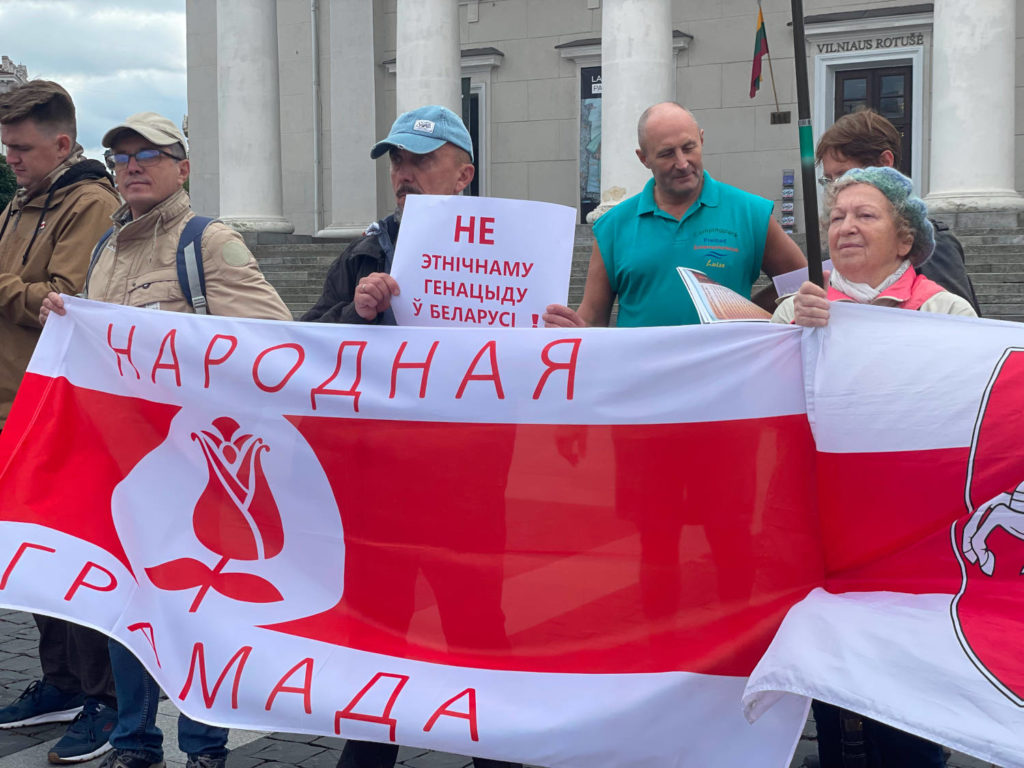