In Radunitsa, Belarusians traditionally go to the graves of relatives and friends – this day has even been declared a public holiday. However, this year’s Radunitsa can also be used to commemorate the dead who have become close to every opponent of the illegitimate government. For months of protests, their names have already been learned by heart. In honor of the day of remembrance, we are talking about those killed by the security forces in 2020. 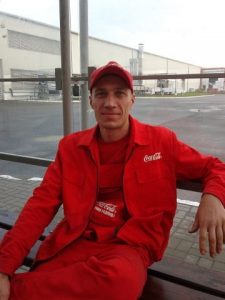 Alexander Taraikovsky became the first Belarusian killed in protests whose death was officially confirmed. He was killed on August 10, 2020. The Interior Ministry said: Taraikovsky died as a result of a detonation of an explosive device he wanted to throw at police officers. However, witnesses claimed that Alexander was killed by law enforcement officers who fired flashbang grenades at the protesters. There is also a corresponding video – there is no explosive device in the hands of the deceased. When the body was identified, Taraikovsky’s wife did not see traces of the exploded device. The independent Conflict Intelligence Team concluded that special units of the Belarusian security services may have been involved in Taraikovsky’s death. On February 19, 2021, the Investigative Committee announced that the death of Alexander Taraikovsky came from a penetrating wound, but the security forces used the weapon according to the law. The day after the death of the Minsk resident, a spontaneous memorial was formed near the Pushkinskaya metro station, but the workers of municipal services hastily eliminated it.[1] 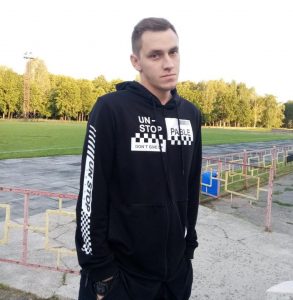 25-year-old Gomel resident Alexander Vikhor died on the night of August 11-12 in the intensive care unit of the Gomel tuberculosis hospital. He was detained on the evening of 9 August as he was rushing to a date. He was apprehended on the way – and for the next three days his whereabouts were unknown. And on August 12, a message was received about the death of the guy. The parents found witnesses on their own who told them: at the police station Alexander was badly beaten, he asked for medical help, but instead he received more blows with a truncheon and gas from a spray can in his face. Everything was aggravated by the fact that he had heart problems. After the death, the investigator said that drugs were found in the blood of the Gomel resident, but his relatives say: he never used drugs. The funeral of Alexander Vikhor took place on August 16, 2020.[2] 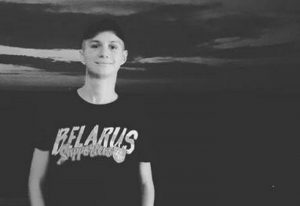 On August 16, Artem Parukov was killed in Minsk at night. A 19-year-old boy was hit by a car on Partizansky Avenue. The Ministry of Internal Affairs named him a participant in unauthorized mass actions. However, relatives doubt the official version of the investigation. The cousin of the deceased said that Artyom did not participate in any actions, but just walked home. There were no actions on Partizansky Avenue that day. For some reason, Artyom needed to cross from the other side of the street on which his house is located, to the other, and he decided not to use the pedestrian crossing, which was very close. Relatives think that Artyom was trying to run away from someone.[3] 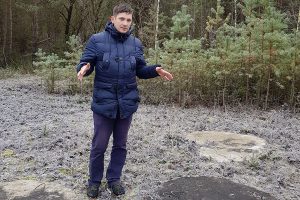 On August 18, the 29-year-old director of the Bagration Military History Museum in Volkovysk, Konstantin Shishmakov, was found dead. Relatives lost contact with him on 15 August. On that day, he went to work after a week’s vacation, and in the evening, he called his wife and said: “I will not work here anymore.” He never showed up at home. Konstantin had previously been on the electoral commission and refused to sign the final protocol with untrue figures because 500 ballot papers for Lukashenko had been thrown into the ballot box right in front of him. The police found out that the last time Konstantin’s phone gave a signal around the city of Mosty, which is 34 kilometers from Volkovysk. As a result, on August 18, the director of the museum was found hanged in the forest.[4] 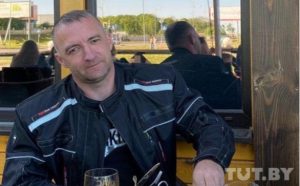 On August 19, 44-year-old Brest resident Gennady Shutov died in a Minsk military hospital. Eight days earlier, on August 11, at a protest rally, the security forces shot him in the head. First, he was taken to the Brest regional hospital, and then by helicopter he was taken to a military hospital in Minsk. The Interior Ministry confirmed: on August 11, the police did shoot at the protesters to kill “to protect the life and health of employees from “a group of aggressive citizens with rebar in their hands.” After that, about a hundred Brest residents contacted the police with bruises and injuries. Gennady Shutov was posthumously charged under part 2 of article 363 of the Criminal Code “Resistance to an employee of the internal affairs bodies or another person protecting public order.” Defendant Aleksandr Kordyukov, who was with Gennady Shutov at the time of his death, said that in the evening they were at a protest, where they approached two security officers dressed in civilian clothes, mistaking them for ordinary passers-by, and asked what was going on. One of the security officials pushed Alexander, received a blow in response, after which a weapon was pointed at the accused. The injured security officer said that the two men seemed suspicious to them, fought with him, so he was forced to use a weapon, however, aiming not at the head, but at the shoulder.[5] 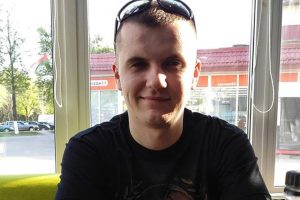 On the evening of August 22, a 28-year-old Nikita Krivtsov, a football fan from Molodechno, was found hanged in Minsk. Nikita has been reported missing since August 12. On the day of his disappearance, he left Zhodino, where he lived with his wife and daughter, for a part-time job in Minsk, and in the evening, he stopped communicating. His wife and friends called the police stations, but they were not provided with information about Nikita anywhere. It is known that a football fan participated in a protest at least once. Friends did not rule out that the guy wanted to hide from prosecution for participating in the rally. The last time his phone was switched on in the area of the Office of Internal Affairs of the Minsk region. The Investigative Committee, however, considered that Nikita could commit suicide because of the upcoming divorce from his wife. The morgue refused to carry out the body identification procedure. On August 23, football fans of Molodechno staged a farewell ceremony with Nikita at the local stadium.[6] 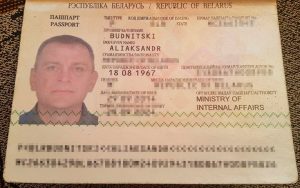 On September 1, it became known about the death of 53-year-old Alexander Budnitsky. He worked at the Minsk Gear Plant and lived in a dormitory on Botanicheskaya Street, near the “Riga” department store. At 6 a.m. on August 11, Alexander was seen for the last time, after which he did not go to work and did not appear in the dormitory. It was only on September 1 that it turned out that he had died. According to the Ministry of Internal Affairs, the man, being on Berestyanskaya Street, asked passers-by to smoke. At some point, he felt bad, he fell and died on the spot. The cause of death was ethyl alcohol poisoning. However, inconsistencies in the official version confused his family. According to the police, he had documents with him, and his identity was immediately established – but his relatives were informed only on September 1, and the statements about the disappearance were left without consideration. Alexander’s brother said that no one had informed him of his relative’s death; he himself called police stations and learned that the corpse had been found near the “Riga” department store, where large-scale protests were held in the first days after the elections. The body was handed over to the relatives in a package, and Alexander was buried in a closed coffin.[7] 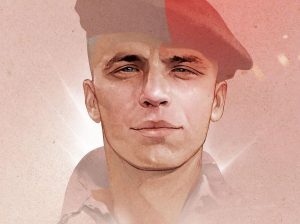 The death of 31-year-old Raman Bandarenka on November 12 resonated the most in the hearts of Belarusians. He lived in Minsk in a house on the “Square of Changes”. On the fateful evening, the day before his death, he saw that people in civilian clothes and in masks were taking off white-red-white ribbons in the square. Residents approached to find out what was happening; a skirmish ensued between the masked man and one of the residents. Roman interceded and an unknown person grabbed him and threw him aside, because of which the 31-year-old man hit his head. After that, Roman was put into a minibus and taken away. The neighbors began to call the Central District Department of Internal Affairs, where they were told that Roman felt bad. On the night of 12 November, he was admitted to the hospital from the Central police station. Relatives could see him – he was covered in bruises, bandages, his condition was characterized as very serious, he fell into a coma. The Interior Ministry called the incident a courtyard conflict, saying that Raman Bandarenka was drunk and provoked a fight. Journalists Katerina Andreeva and Daria Chultsova were detained at the November 15 memorial rally. A little later, they took into custody the doctor Artyom Sorokin, who denied the information that alcohol was found in Raman’s blood, and the journalist Katerina Borisevich, who quoted these words in her article.[8]

There are more victims at the hands of the illegitimate government than we have written, and more than you can imagine. The names of CEC chairman Viktor Gonchar, businessman Anatoly Krasovsky, Interior Minister Yuri Zakharenko and journalist Dmitry Zavadsky, whom Lukashenko eliminated more than 20 years ago, so that they would not interfere with his building a dictatorship in Belarus, stand out separately. He also killed innocent Vladislav Kovalev and Dmitry Konovalov, who were accused of committing a terrorist attack in the Minsk metro and shot. At Lukashenko’s personal cemetery – the name of everyone whose heart stopped from the consequences of the coronavirus, from improper treatment and medical errors, the name of every prisoner who died in prison, the names, and surnames of those who were unjustly executed. I would like to believe that this list will no longer be replenished, and in the very near future Lukashenko and his henchmen will answer for their atrocities.