Blue-eyed, lake district – it’s all about Belarus. There are about 11 thousand lakes and more than 20,800 rivers in our country. However, it is impossible to bathe in them and even more so to drink water from many reservoirs – the fault is all pollution by sewage, industrial emissions, fertilizers, household garbage. The saddest thing is that this happens with the tacit consent of the local authorities. The results are deplorable: the extinction and disappearance of animals and plants in water bodies, waterlogging, diseases and accidents on the water.

Some statistics. In Orsha district, there are 42 reservoirs, 13 lakes, but last year the district executive committee allowed swimming in only four places. Other water areas, as was explained in the district executive committee, need to be cleaned. Seven rivers pass through the territory of the Bobruisk district. Also, there are at least 90 different lakes. However, you can swim only in four places within the city limits. In Baranovichi district – which is also quite large both in area and population – there are about 30 reservoirs, but bathing is allowed in only two. The reasons are the same: garbage, harmful substances in the water and the lack of landscaping. On the International Day of Water Purification, we tell how “Our House” is fighting for the purity of rivers and lakes in Belarus. 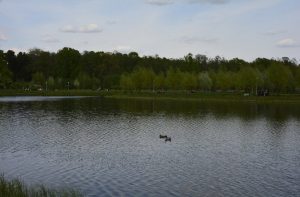 In 2012, residents of the Novobelitski district of Gomel were concerned about the welfare of the recreation area Prudy with a lake and several channels. “Our House” has started collecting signatures for cleaning the reservoir from household garbage. The district administration provided all possible financial assistance. They entrusted the experimental forest base of the Forest Institute of the National Academy of Sciences of Belarus with the task of picking the territory. However, the cleaning was not completed, and then “Our House” sent a letter to the head of the Novobelitski district. In response to the collective appeal, it was said that it is under control in the administration of the Novobelitski district. We found amateur photos of the recreation area for 2014 – the place has become clean. 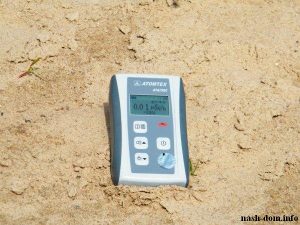 In the same year, “Our House” was engaged in checking the beaches of the Borisov district. There were rumours about the alleged high level of radiation on the sand. Activists went around the recreation areas with a dosimeter, but the alarm signal informing about disaster did not sound. Activists offered officials to inform Borisov residents that swimming is allowed and there is no radiation on the beaches.

In 2013, activists of “Our House” took up the problem of the pond on Odoevsky Street in Minsk. This place was a favourite among children and elderly residents of the neighbourhood, but due to the inaction of the local authorities, it turned into a dirty and littered territory. Activists initiated the collection of signatures for cleaning the pond and sent them to the administration of the Frunzenski district and the city centre for hygiene and epidemiology. “Our House” called on officials to clear the reservoir of accumulated dirt and household waste, improve pedestrian paths and install benches in the surrounding area.

In the same year, 2013, an activist of “Our House” investigated the causes of water poisoning in Lake Glubokoe near the village Goloshevo, Tolochin district. The activist found out that the agricultural enterprise buried on the bank a barrel with toxic chemicals. Thanks to the work of “Our House”, investigators came to the specialists of the Tolochin district Inspectorate of Natural Resources and Environmental Protection and asked about the reasons for not responding to citizens appeals and residents’ signals. Officials took care of the reservoir. 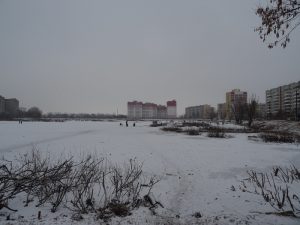 In 2014, the regional branch of “Our House” in Gomel launched the campaign “Clean Water. Beautiful shores”. The goal was to clean the reservoir in the Selmash micro-district. Despite its frankly terrible appearance, works were not planned. However, the authorities themselves recognized that it was necessary to improve the territory. The activists of “Our House” proposed their project for the improvement of the reservoir: to install gazebos, benches, to place a children’s playground, to equip a sports ground. 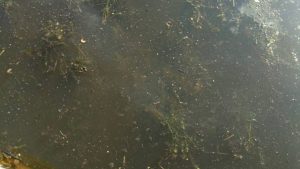 In 2018, the ICCI “Our House” told about the favourite place of recreation for the residents of the Oktyabrsky township village – lake Molodezhnoye. The lake gradually swamped, overgrown with mud, and the beach fell into disrepair. Activists of our organization started collecting signatures to restore the former beauty of the reservoir. Interestingly, many residents who signed up were willing to participate in the improvement process, including financially. At a personal meeting with the chairman of the regional Council of Deputies, it was decided to hold public works on the shore of the lake. It was planned to clean the beach with the involvement of equipment, remove fallen trees and dry branches, equip benches and put the toilet in a decent condition. The issue was under control at the session of the Council of Deputies.

Due to the struggle for life in the literal sense of the word and the overthrow of the bloody regime of Lukashenko, environmental problems inevitably fade into the background. However, it is certainly not worth keeping silent about them. The condition of our lakes and rivers is also on the conscience of the authorities. These questions, as well as many others, we will be obliged to solve after the victory of the people.