Animals in Belarus need protection almost more than people. Political prisoners go through torture in prisons, and dogs and cats – in temporary detention centres, on the streets and even in their own families. The situation of animals attracted the attention of not only volunteers but also human rights organizations. “Our House” also joined the fight for the rights of our younger brothers.

We have dedicated an entire campaign to defenceless quadrupeds, but we have repeatedly touched on the topic of animal protection before. So, in 2013, we wrote about an employee of an agricultural enterprise in the Volkovysk district. She complained about the plague of farm animals. The chairman of the Grodno Regional Executive Committee, Semyon Shapiro, received the call – the woman had told that a large cattle plague began, and employees must hide it. Instead of burying the dead cows, the company created a dump of corpses. A commission came to the village, but the facts of the disease, according to them, were not found. As a result, the woman was fired.

In the same year, we raised the issue of the extermination of all wild boars in Belarus. Anatoly Gusev, the director of the Institute of Experimental Veterinary Medicine, proposed it. He said wild boars bring a danger of African swine fever. As a result, 10 per cent of wild boars were killed in the Mogilev region in one month, shooting was allowed in the Vitebsk region, and the Deputy Prime Minister allowed hunting wild boars without restrictions. 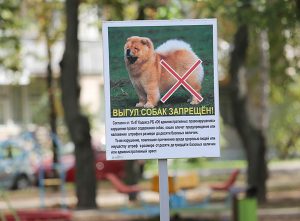 At the same time, we dealt with the problem of the lack of dog walking grounds in the Novobelitsa district of Gomel. Here, dog walkers were forced to use the nearest yards, school stadiums, recreation areas or vacant lots within walking distance from their places of residence. For this, they often drew up protocols on administrative offences. Public activists of “Our House” collected signatures under an appeal about dog walking and training grounds.

And in 2018, a large-scale campaign, “You and I are in the same house”, began at the ICCI “Our House”. Activists have created a petition in which they stated that Belarus should join the European Conventions on animal protection, change the status of animals as human property and adopt the law “On Animal Protection”. Also, they stressed that this law should have taken into account the opinion of animal rights activists and the standards of a humane society. Olga Mayorova, an animal rights activist and now a political prisoner, became the campaign coordinator. In the introductory material of the campaign, she told what problems are in the treatment of animals in the legislation of Belarus. So, only in 2015, an article on punishment for cruelty to animals was included in the Criminal Code. Before that, it was possible to get off with a fine for such actions. In 2016, the bill “On the treatment of animals”, developed by the Ministry of Housing and Communal Services, was submitted. Therefore, it reminded the law “On Waste Management” and was submitted to the House of Representatives for consideration. At the same time, no organizations were controlling the use of animals in circuses and laboratories.

“If the department that will be the main executor is engaged in the law preparation, internal interests are inevitably lobbied. For example, this is already clearly manifested in the absence of a regulatory section “Trapping animals” and in the restriction of the rights of civil society to control the activities of state institutions (shelters, detention centres, etc.). And, although representatives of the animal protection movement were involved in the bill creating, authorities didn’t accept their suggestions and comments. The jurisdictions, as often happens, created the illusion of respect for the opinion of civil society, and then safely ignored it,” Olga Mayorova noted. 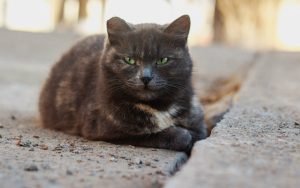 As part of the campaign, Olga Mayorova analyzed the law draft “On the treatment of animals”, submitted for discussion in 2016. The animal rights activist noted that the law did not have a list of potentially dangerous dog breeds, the section “Catching animals”, the procedure for the burial of corpses and ashes of animals, as well as the maintenance of burial sites. She stressed that the Ministry of Agriculture and Food determined the regulations on temporary animal detention facilities and animal shelters, organizing and conducting breeding courses, keeping and caring for dogs. This department is non-core, and animal protection becomes an additional burden for it, which, of course, is not in the hands of Belarusian officials.

According to the bill, volunteers got a prohibition to monitor the activities of shelters and temporary animal detention centres, to interfere in the work of organizations engaged in catching dogs and cats. And the cherry on the cake – “The President of the Republic of Belarus determines the state policy in the field of animal treatment and exercises other powers by the Constitution of the Republic of Belarus, this Law and other legislative acts.” 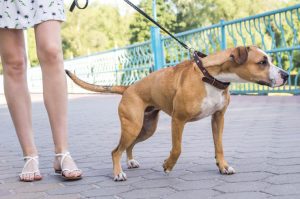 Olga Mayorova also analyzed the bill from the point of view of owners of dogs and cats. It turned out that a person cannot carry an animal of a potentially dangerous breed alone in public transport (even in a muzzle). The court may determine the right of animals ownership if more than is permissible animals live at home. It is a critical point for volunteers rescuing dogs and cats from the streets. As we wrote earlier, there are no state shelters in Belarus – only small private ones, similarly overcrowded. And apartment overexposure is the only chance to give life to a homeless animal. “Leaving an animal to die on the street will be much calmer than risking those pets that already live with you,” the animal rights activist noted.

The absence of a clause in the law on the mandatory chipping of animals outraged Olga Mayorova. But because of this negligent owner, who threw the dog out into the street for a gnawed slipper, it will not be possible to bring it to justice. Also, the bill does not allow you to leave a dog at the store if you decide to go for bread for five minutes during a walk. Going to a cafe with a dog is out of the question. According to the bill, the dog owner can get a protocol if the dog barks from 23.00 to 7.00. Despite the absurd prohibitions, experiments on animals, their use in the entertainment industry, sterilization problems, dog walking rules and many other problems are left out. 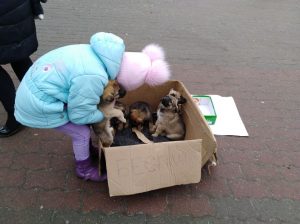 During the campaign “You and I are in the same house”, we supported animals not only with information. And it brought results. In 2018, the human rights defenders of “Our House” took part in a charity event to rescue abandoned animals in Pinsk. On it, volunteers gave homeless dogs and cats into good hands. In the material about the action, we also wrote about the cruel treatment of animals in temporary detention facilities. So, 3-4 dogs live in one aviary and get food only once a day. To pick up an animal from this “paradise”, the future owner must pay a considerable amount for catching and transportation (although money for this is allocated from the budget). Applying for a charity event in the city executive Committee, the activist of “Our House” and Pinsk animal rights activists raised the issue of the problems of homeless animals in the city. After that, the official dealt with issues of animals was dismissed, and the city authorities proposed to develop a plan for the animals’ rescue and rehabilitation.

Yulia Malysheva, a resident of Orsha, raised the issue of the destruction of homeless animals. On March 21, 2018, she and six volunteers went to a carpool where the animals lived in abnormal conditions. She was so impressed by what she saw that she began filming what was happening on her phone. She was detained. The court forced Yulia to pay a fine for illegal entry into a protected object. The court called Yulia Malysheva a journalist, although she is not one– and the woman was also punished with a fine for the illegal manufacture and distribution of media products. The total amount of the payment reached 1,058 rubles (almost $530 for 2018). “Our House” supported Yulia at the trial. 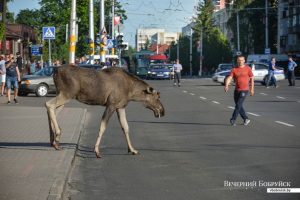 We stood up not only for domestic animals but also for wild animals. In May 2018, a moose was shot in the middle of Bobruisk. Young moose often wander into cities in search of a new home. One of them was unlucky – once in a densely populated city, he injured his legs on fences and was killed. Bobruisk activists have created a petition containing several questions on this occasion. The demand to stop shooting wild animals in front of adults and children was also supported by “Our House”. The signatories also asked to report on the cases of wild animals detection in the city and familiarize themselves with the action plan in such cases. They required the authorities to inform who decided to kill the moose and who is to blame that there are no means for remote immobilization of animals in Bobruisk. In a response from the city executive committee, activists got an answer: the moose “posed a threat to people’s life and health,” and he also had injuries incompatible with life. There were no answers to the other questions.

In the same year, we organized the country’s first conference of animal rights organizations and volunteers. It was necessary to unite Belarusian animal rights activists and determine the goals for volunteers and the state cooperation in animal protection. We have proposed to the deputies of the Parliament to hold round tables and seminars on this topic, discussions in the media and on television, social advertising campaigns, to develop educational programs for children and adults. In December 2018, we organized the First All-Belarusian Congress of Animal Rights activists. It was needed to develop a common work strategy and identify possible forms of joint work on the problem of animals. The main goal was to make Belarus more comfortable and safe for everyone who inhabits it. 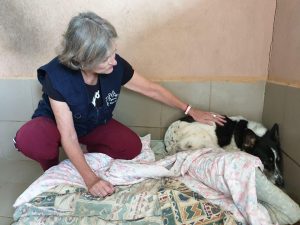 In 2019, a significant event took place in the Belarusian animal protection environment – Brigitte Oloy, a representative of the Brigitte Bardot Foundation, visited our country. Animal rights activists from Ukraine and Latvia also came with her. The delegation met with the Belarusian authorities and volunteers helping animals. Even though the dialogue with the officials was unsuccessful, we achieved some results. A lot of information appeared in the media, billboards with social advertising about animals appeared in Minsk, and animal rights activists of Belarus met again to discuss problems in animal protection. In addition, that year, the state officially recognized for the first time that the situation with animals should be changed – exactly as animal rights activists suggest. Representatives of “Our House” also took part in the meeting with the representative of the Brigitte Bardot Foundation.

During the coronavirus pandemic, the elections and subsequent repressions, animal care took a back seat. However, in this war, man’s four-legged friends also suffer, being left without owners and volunteers who can help. In addition, they can’t take care of themselves on their own and will die without people. Therefore, “Our House” will struggle for the animals’ rights and for those who care about them.